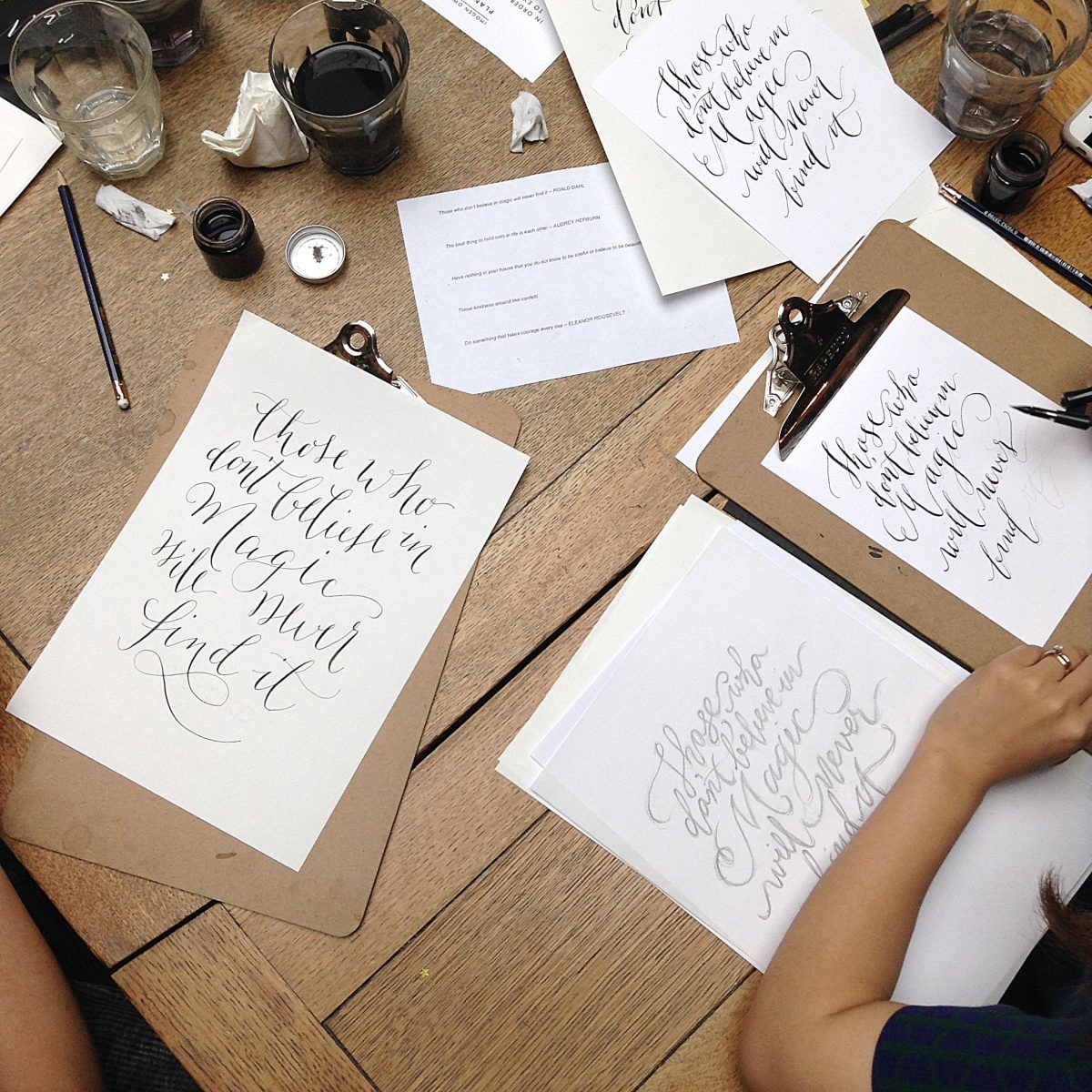 In a society where the emphasis is on fast – instant food, instant messages, and instant information – the thoughtful process of writing is, for many, a nostalgic art form. And it’s become big business.

Lucy Edmonds had no intention to teach the art of writing when she launched her online stationery store, Quill London, in 2012. But two years into trading, she saw a trend emerging on her social media feed: exquisite writing. “It was this thing called Modern Calligraphy,” she recalled, something that had taken off in America.

It’s something where you can be completely offline and lose yourself in it.
— Lucy Edmonds, Quill London

But there was nowhere to learn it in the UK, so that summer, she found the talented Imogen Owen and hosted London’s first Modern Calligraphy class. It was an overwhelming success. They now run 70 classes a month and have a waiting list that’s thousands of names long.

“It’s something you can go back to doing with your hands. It’s something where you can be completely offline and lose yourself in it. Almost like that colouring book trend, because it’s got that same meditative feel to it,” she said.

Having that time and space to write is something that many people value. “People still do letter write, people almost letter write as a backlash now to the digital era. It’s so lovely to have something on your doormat because it doesn’t happen very much any more. Between your bank statements and bills you get something really lovely,” she said.

“There’s always going to be a reason for handwritten correspondence.”

The off the high-street location of Quill London’s bricks-and-mortar store reflects its unique placement in the stationery market: sitting nicely in the gap between the mass-market brands like Paperchase and Scribbler and the luxury Bond Street stationery stores.

It’s on Amwell Street, one of those London streets that has the atmosphere of a quaint village. A few minutes walk from Angel tube station, it’s lined with picturesque Georgian shop fronts, home to an eclectic range of businesses like a vintage bicycle shop, a florist, and a local coffee place.

“I learn a lot from customers, every stationery addict brings something new to the table,” said Lucy.

Lucy learnt the art of calligraphy from scratch. From never picking up a calligraphy pen before, she practised for a year and a half and is now a pretty confident scribe; she also teaches some of the calligraphy workshops.

An obvious client for their classes are brides-to-be. Wedding administration is a strong stationery staple, and Quill London is launching their own wedding stationery this year. The calligraphy classes are also popular with people who want to learn something new, and with graphic designers who usually use computers to generate fonts and typefaces, but want something a bit more hand crafted.

“It’s like any kind of skill, it takes a lot of practice, a lot of hours. Dedication. Patience. Perseverance. All those [virtues] that no one wants any more because everyone wants instant gratification. So it goes against all of that, but it’s incredibly rewarding when you start to see improvement,” she said.