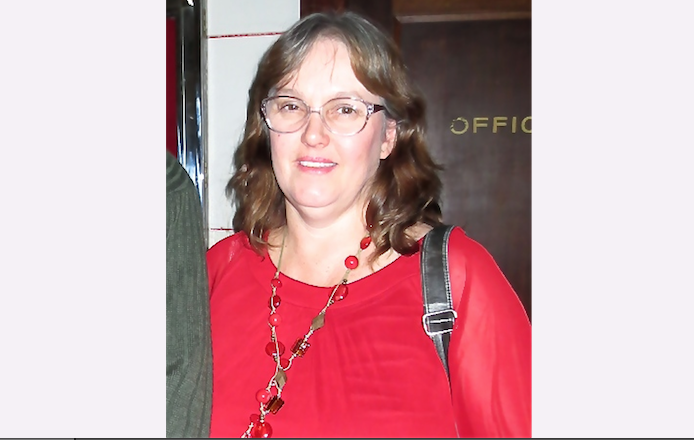 ‘The spacing was perfect, their timing was lovely, their lines were gorgeous’
BY Epoch Times Staff TIMEMay 2, 2014 PRINT

PERTH, Australia—“The dancing was just beautiful,” said Heather Lange, calisthenics coach and national adjudicator, after seeing Shen Yun Performing Arts at the evening performance at The Regal Theatre, on May 1.

Shen Yun is based in up-state New York and has classical Chinese dance at its heart but also presents folk and ethnic dance.

The website explains, “Classical Chinese dance is a culture left to us by the ancients who came before us, its beauty should be riches shared by all of humanity, its purity should not be contaminated. Shen Yun Performing Arts’ dance style is built upon classical Chinese dance as a foundation, while also maintaining a number of ethnic and folk dances. This combination embodies Chinese people’s aestheticism and ethnic character.”

According to the Western Australia Calisthenics website, calisthenics is widely practiced in Australia, and is the combination of gymnastics, ballet, folk dance, jazz ballet, apparatus, figure marching, mime and singing. Students train and are judged as a group on many skills and abilities.

As a calisthenics adjudicator, Mrs. Lange has a critical eye for folk dance, formations, and aesthetics. She was particularly impressed with the quality and style of dance.

“I was sitting there watching, thinking, ‘ooh, I wish I taught big girls who could do stuff like that’ because it’s just beautiful,” she said.

“I just loved the use of the scarves, the way they threw them out and brought them in and just the timing. Calisthenics places importance on the timing. Everyone’s together, so it was lovely to watch that, where everybody’s spacing is.”

She continued, “I’m also a judge, and just watching the girls and the guys, the spacing was perfect. Their timing was lovely. Their lines were gorgeous. The angles were all correct … It was beautiful.”

She was amazed at the ability and stamina of the dancers. “The intricacy, and I appreciate just how fit they are to be able to continually dance, dance after dance like that, with a very small time in between because they’ll be getting changed. It’s not like they’re recovering, but just the athleticism of it all.”

Shen Yun takes the audience on a 5000 year journey, a glimpse into the history and culture of China. The website explains, “divine culture flourished in the land of China. Humanity’s treasure was nearly lost, but through breathtaking music and dance, Shen Yun is bringing back this glorious culture.”

Mrs. Lange appreciated the spectacle. She said it offered “stories and understanding more of the culture through the dance.”

She said it was a pity that communism had destroyed this divine culture and people in China could not “enjoy their roots.”

What “I really loved was the way the projector was used and the way the artistry of combining and taking you to different places, like taking you up to the moon and coming down. That was very, very clever.”

A state-of-the-art digital backdrop synchronizes with the dancers to take the audience on a journey of breathtaking landscapes and heavenly realms.

She said she was inspired by Shen Yun and would leave with many thoughts on how she could use some ideas with her students. She was interested to learn about the relationship between classical Chinese dance and dance today.

“It was interesting finding out the history of a lot of the movements we do is ancient Chinese dance. That was very interesting,” she said.