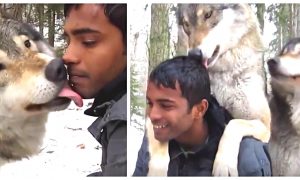 Video: Welcome to the pack! Friendly wolves come out of woods to play with human
0 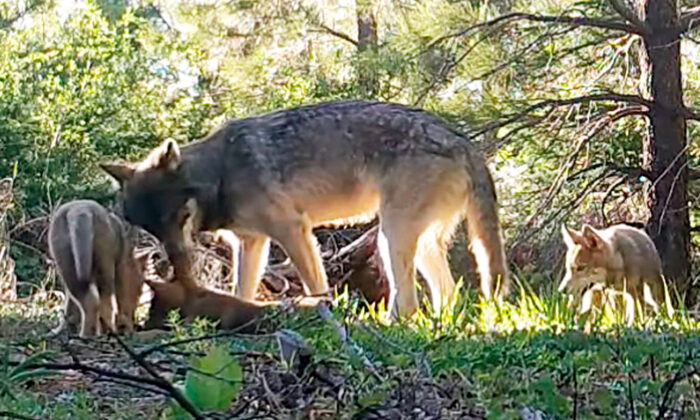 (California Department of Fish and Wildlife via AP)
Life & Tradition

California officials say there are at least eight new pups added to the state’s lone wolf pack, the Lassen Pack.

The pups were spotted with the help of field observations and trail cameras, the California Department of Fish and Wildlife (CDFW) said in its latest wolf update. Four of the pups are male and two female, the department said. The other two have not yet been genetically identified.

Officials tracked at least six other wolves in the pack, the update said. This is great news: Gray wolves were wiped out from the state in the 1920s and the only other known pack since then, the Shasta Pack, seems to have disappeared.

“While their fate is uncertain, there has been speculation that members of the Shasta Pack were killed at the hands of humans due to their sudden and mysterious disappearance,” Pamela Flick, the California program director for Defenders of Wildlife, said in an email response to CNN.

In 2017, the department confirmed the presence of the Lassen Pack in Lassen County, saying they were named by the US Forest Service employee who first tracked them down.

While gray wolves are protected both by state and federal law as an endangered species they still face threats of “illegal poaching, conflicts with humans and loss of habitat,” Flick said.

The announcement of the pups, Flick said in a statement, is “another positive step forward for wolf recovery in California.” Additionally, according to the statement, this is the fourth consecutive year that the pack has produced pups.

“The Lassen Pack—now at least 14 members strong—truly represents the future for the species in the Golden State,” Flick said.