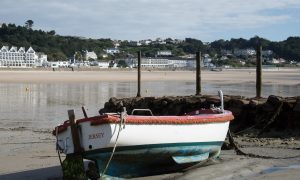 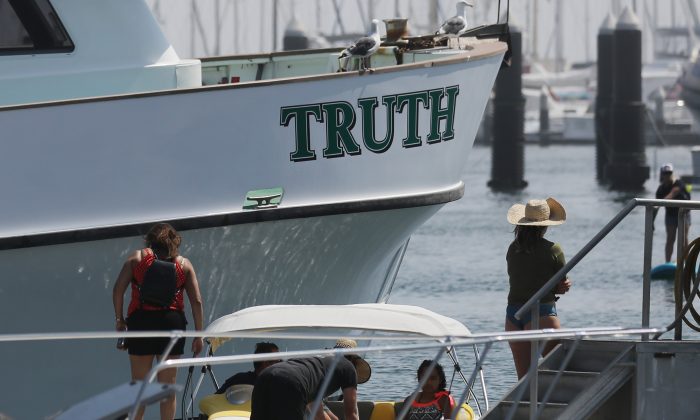 One of the most destructive maritime tragedies in recent California history could prove costly for the owners of a boat that caught fire on Labor Day, killing 34 people—but only if the families are allowed to sue.

The Conception was owned by Truth Aquatics, which filed a lawsuit on Sept. 5 to limit its liability under a pre-Civil War provision of maritime law.

According to the suit, the owners “used reasonable care to make the Conception seaworthy, and she was, at all relevant times, tight, staunch, and strong, fully and properly manned, equipped and supplied and in all respects seaworthy and fit for the service in which she was engaged.”

A notice would be sent to family members of the victims stating they only have six months to challenge the company’s claim that it’s not liable for damages.

On Tuesday, the U.S. Coast Guard suspended the search for new victims. As of Friday, 33 bodies were recovered from the wreckage. DNA testing is being used to identify those who were killed when the scuba diving boat burst into flames at approximately 3:15 a.m. on Monday.

The cause of the inferno remains mysterious. Further investigation into the source of the fire is problematic because the charred remains of the boat have sunk to the sea floor, languishing beneath 60 feet (18 meters) of water. Former Coast Guard inspector George Zeitler told the Associated Press that the situation was “a very large hurdle to overcome. It will definitely make for a complex investigation.”

Nevertheless, National Transportation Safety Board member Jennifer Homendy assured reporters at a Tuesday news conference that answers would be found: “I am one hundred percent confident that our investigators will determine the cause of this fire, why is occurred, how it occurred and what is needed to prevent it from happening again.”

Experts such as Walter Godfrey, who has investigated over 2,000 boat fires over the course of his fifty-year career, told AP that the main causes of boat fires are related to electrical malfunctions, incompetence, or a combination of both.

Godfrey contends that Truth Aquatics holds a well-regarded and highly respected reputation for stellar service: “I don’t think they’d be cutting corners … off the top of my head this would have to have been something totally accidental,” he speculated. However, Godfrey indicated that he would like acquire more information about the boat’s built-in barbecue and where the gasoline was held.

Presently, the deadly fire, which is being investigated with assistance from the FBI and Bureau of Alcohol, Tobacco, Firearms, and Explosives, is being treated as an accident. Santa Barbara County Sheriff Lt. Erik Raney added that there is no indication that the fire was the result of “nefarious” actions, according to AP.

Jonathan Bird, an underwater cinematographer who has experience traveling on boats similar to the Conception, characterized the event to Fox & Friends as “a terrible accident, but it was a freak accident.” He further denied the alleged possibility that the passengers were in any way locked below deck: “There isn’t even a door you could lock if you wanted to.”

A survey of inspection records concluded that every safety violation during the past five years was promptly attended to by the owners of the boat, reported AP.

While experts and investigators have limited access to information at this point, the current consensus is that the fire above deck blocked the stairway and the escape hatch that would have allowed the 34 passengers sleeping in bunks below deck to escape.

Hendrik Keijer, an investigator with Robson Forensic, told AP that “vessels are mazes. If an emergency exit is blocked due to fire and prevents one from escaping, it’s a horrific situation.” Keijer added that “it’s very difficult to fight fires without outside help. You’re really on your own in most instances.”

It’s now assumed that the five crew members who escaped from the flaming boat survived because they were above deck when the fire began.

The five survivors—two of whom suffered minor injuries, according to the Coast Guard—sought refuge on The Grape Escape, an aptly named boat anchored nearby. The owners of the vessel, Bob and Shirley Hansen, woke up to the noise of pounding on the side of their 60-foot fishing boat at 3:30 a.m.

“When we looked out, the other boat was totally engulfed in flames, from stem to stern,” Bob Hansen told the New York Times. “I could see the fire coming through holes on the side of the boat. There were these explosions every few beats. You can’t prepare yourself for that. It was horrendous. The fire was too big, there was absolutely nothing we could do.”

The victims who perished in the boat fire include high school students from Pacific Collegiate School in Santa Cruz, a science teacher from Fremont and his daughter, a family of five from Stockton who were celebrating a birthday, two Apple employees, a marine biologist and co-owner of Worldwide Diving Adventures, a couple from Phoenix, Arizona, and a 25-year-old woman from Cincinnati, Ohio.

Thirty-one-year-old Brett Harmeling, who lost his sister in the fire, recently offered some encouraging thoughts on Wednesday’s edition of Good Morning America: “Love the people that you have in your life because you don’t know when their time is up. Let the people in your life know that you love them and just cherish every moment, breath by breath, because it’s really precious.”

A memorial hosted on Monday night outside Truth Aquatics in the Santa Barbara Harbor allowed people to mourn the loss of their loved ones. Those who attended brought bouquets of flowers, as well as red and white dive flags.