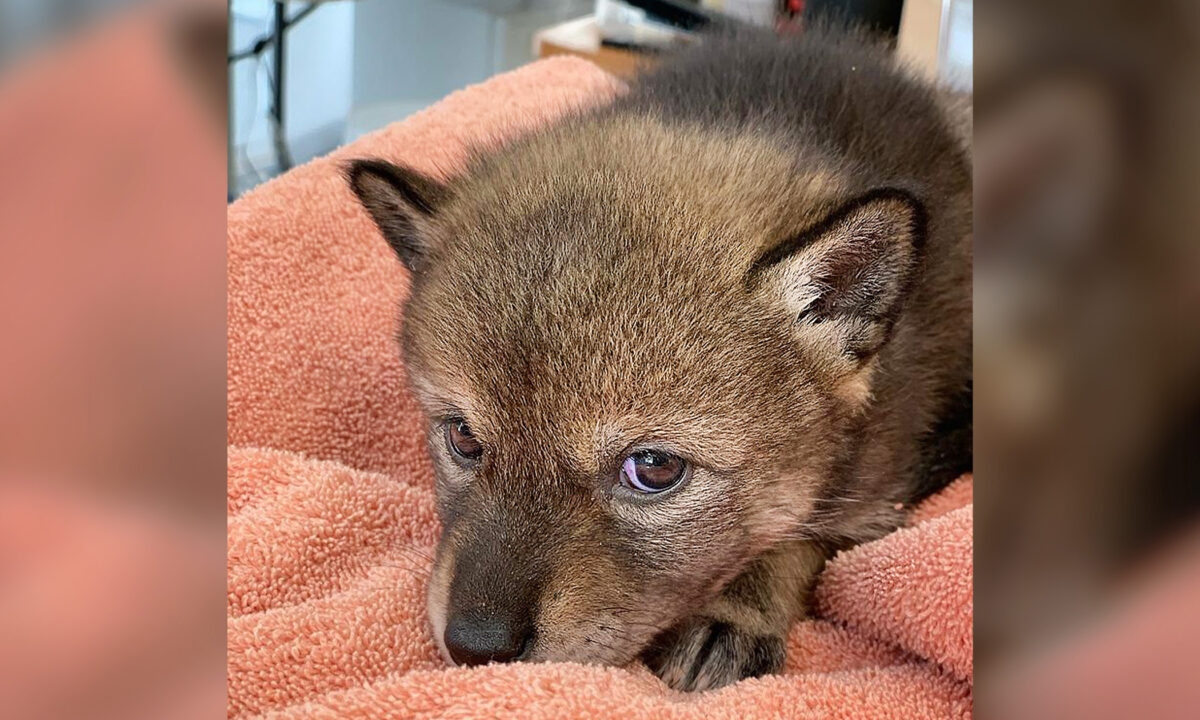 Bystander Saves Lost ‘Puppy’ on Side of the Road, Then Learns It’s Actually a Baby Coyote

Spring is busy season for wildlife centers everywhere, and bizarre-seeming stories like this one are happenstance for staff who work there.

What looked like a lost puppy in distress on the side of a road turned out to be something else entirely, after someone near Dover, Massachusetts, drove by and decided to pick up the adorable canid.

At some point, they realized it was potentially not a puppy and decided to call Cape Wildlife Center in Barnstable late April.

They examined the pup — a male — to check if he was healthy and determined him to be just a few weeks old at the time.

He was in fair condition, not hurt or malnourished, despite having been separated from his mother.

Whenever possible, reuniting lost baby animals with their mothers is an ideal solution.

“We like to think we do a good job, but the mom always does a better job,” Zak Mertz, director of Cape Wildlife Center, told The Epoch Times.

“If you have a general sense of where the family is, sometimes you can try to reunite them. We didn’t have a way of doing that. We had no confirmation that the family was nearby.”

The next best solution would be for the center to minimize human interference in its development, try to mimic the natural environment, and help it develop its natural skills, the ultimate goal being to release it back into the wild.

Coyotes are considered a rabies vector species in Massachusetts, said Zak. So the pup was vaccinated and put into a short medical quarantine.

To best help the coyote learn natural behavior, they decided to introduce him to a sibling female from nearby Wildlife Clinic of Rhode Island.

“They can learn from their sibling,” said Zak. “We do our best to replicate as natural an upbringing as we can, so when they’re ready to get back into the wild they’ll have all the skills they need to survive.”

The siblings are close in age, said Zak, the female being just two weeks younger, but they gave her another week to let her catch up in size.

Cape Wildlife Center posted an adorable photo of the pup on Facebook. In mid-May, they shared an update after introducing the pair for the first time, announcing that they are “getting along swimmingly.”

“It was a little slow at first, but once they felt each other out they quickly began to bond,” the center captioned. “Before long they were wrestling and playing with each other, which is a crucial to their normal development. Due to the size discrepancy we are not leaving them together full time yet, but they will spend a couple hours a day together so that they continue to bond.”

The center endeavors to replicate the animals’ natural habitat by furnishing cages with climbing items, designing enrichment activities to keep them stimulated, and helping them learn behaviors they’ll need in the wild.

Staff do not name their patients nor talk to them, per policy.

“These are really intelligent animals, and so the moment you name a patient … even if it’s subconscious, the behavior of the caretaker starts to change a little bit,” explained Zak. “We don’t want to start talking to them, we don’t want to do anything that is going to jeopardize their survival in the wild.”

A healthy fear of humans will help them stay alive.

The life of a coyote can be a treacherous one in a place like suburban Boston, filled with obstacles, said Zak. They share habitats in people’s backyards and along busy roadways. It’s not uncommon for coyote families to get broken up.

Five or six months constitutes a fairly intensive treatment at the center; the pair are anticipated to be reintroduced in the fall.

“We’re in wildlife baby season and so this is our busiest time of year. We’re taking in sometimes 30–40 patients a day,” he said. “If you find a young coyote, or a young pup, or a young racoon … please call us or another wildlife professional before you intervene.

“We will absolutely work with you to find a best solution for the animal, we just want to make sure that a healthy animal can stay in the wild, and those that are injured can be captured in a safe way that can have a happy ending for everybody.”