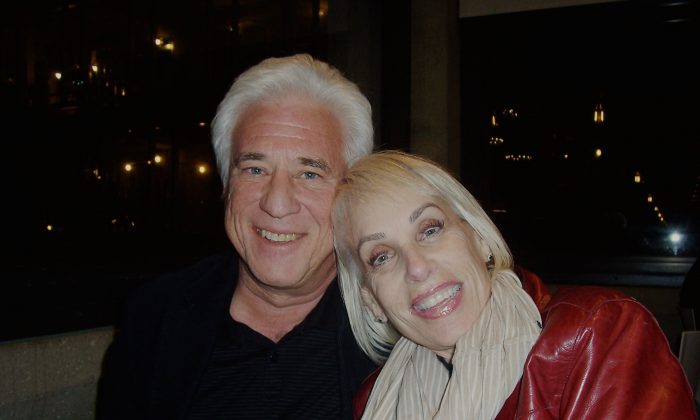 BERKELEY, Calif.—Jethren Phillips was deeply moved by the Shen Yun performance at the Berkeley Zellerbach Hall on Tuesday night.

Shen Yun Performing Arts is a New York-based company with the goal of reviving 5,000 years of traditional Chinese culture at its core. Since the company’s inception in 2006, it has already grown to consist of four equally large performance groups that tour the world simultaneously.

“It’s more than just watching a dance performance. It’s the idea of how you are moved by it, and the experience of that part … which is the spirit moving us,” Mr. Phillips said.

Mr. Phillips was accompanied by Patricia Tedeschi, a dancer and a natural beauty supplies company owner, who also appreciated the beauty of Shen Yun.

“It is indescribable. It is so much more than I thought it is going to be,” Ms. Tedeschi said after the show.

“It’s unlike everything I’ve ever seen,” Ms. Tedeschi said.

Part of what makes Shen Yun stand out from the crowd are their unique digital backdrops that accompany every piece. Whether it be the snow white Mongolian mountains, the green rice fields, or a Tang Dynasty court, the company can transport the audience into any setting using the animated backdrops.

“Everything is so beautifully integrated, and the animated part, I have no idea how they did that,” Ms. Tedeschi said.

The company’s website says that the backdrops are used to complement and synchronize all aspects of the performance including “the characters, color of the costumes, specific dance movements, props, lighting, the story being told, particular notes played by the orchestra, and special audio effects.”