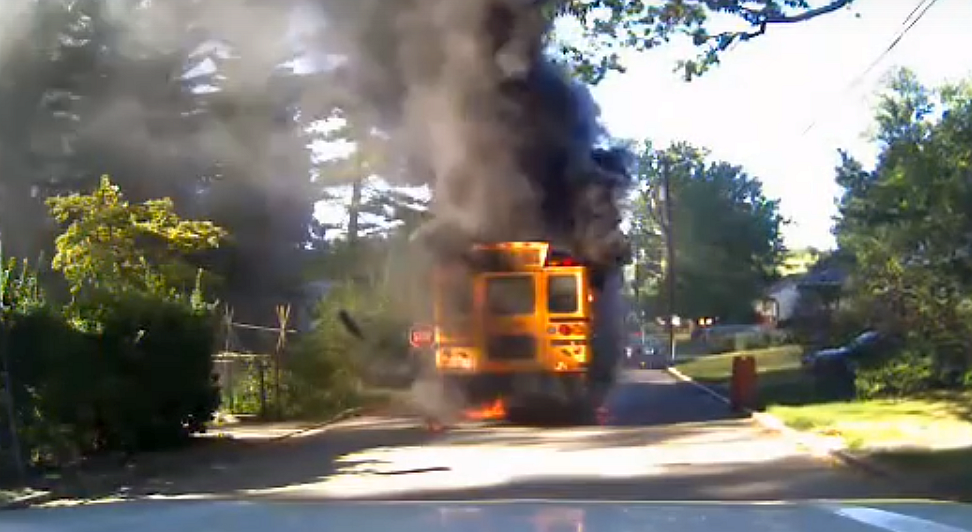 A school bus driver in Maryland is credited with risking her own life to save 20 children from a burning bus.

Reneita Smith’s bus, which was filled with children from Glen Arden Woods Elementary School in Prince George County, caught fire on Sept. 12. Before firefighters could arrive, Smith evacuated 20 children on board, putting her own life at risk.

Facebook user Fazlul Kabir apparently saw the incident, posting photos of Smith and the torched bus. He credited Smith for her heroism.

“Not only Reneita took each one of the 20 kids from the bus one by one, but also went into the empty bus again to check if everyone was out, while it was still burning,” he wrote.

Smith replied to Kabir, saying she is “a mom of two kids” and “it’s my job to save them.”

“I opened my door, took off my seat belt, and I got my babies off that bus,” she elaborated to NBC Washington. “I ran back onto the bus to make sure that every seat was clear,” she said.

The cause of the fire remains under investigation, Prince George’s County Fire and EMS spokesman Mark Brady told CBS Baltimore.

A dashboard camera also filmed the burning school bus, which was posted by Brady. Most of the children were picked up by their parents on the scene, he said.