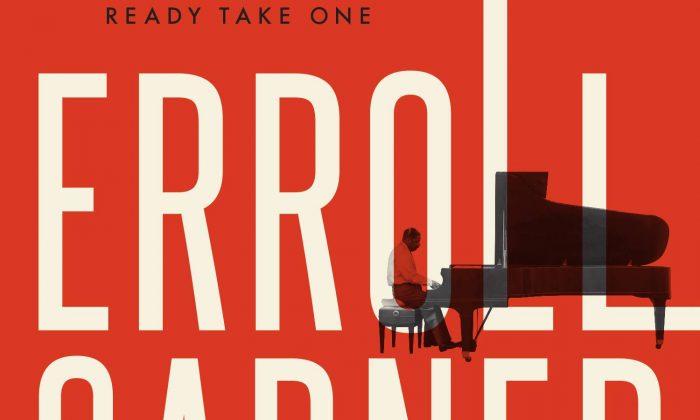 How much great jazz, either out of print or perhaps never released at all, is buried in vaults around the world? Two excellent new CDs present for the first time invaluable music by key artists Erroll Garner and Shirley Horn.

Erroll Garner (1923-1977) was one of the most popular and influential jazz pianists of his time. Last year, Sony Legacy released a restored and expanded version of his 1956 “Concert by the Sea” album, and it was a No. 1 hit on the Billboard Jazz Albums chart.

Now, the label is issuing a follow-up “Ready Take One,” a compilation of studio tracks recorded between 1967 and 1971. The title comes from the words spoken on the CD by Martha Glazer (Garner’s long-time manager and producer). The bits of studio banter don’t amount to much, but the music presents the puckish Garner at his best.

Of special value are the six originals, starting with the funky “High Wire.” “Wild Music” lives up to its title, while “Back to You” is a lovely ballad, done here in a lush style. “Latin Digs” is a finger-snapper, sparked by Magual’s conga work and “Chase Me” is another barnburner. “Down Wylie Avenue” is a blues named for a street in Pittsburgh, Garner’s hometown.

“I Want to be Happy,” taken at a breakneck pace, is Garner at his most jubilant. “I’m Confessin'” is the pianist’s tip of the hat to “Fats” Waller, while “Sunny” is another finger-snapper.

As usual, the beginning of Juan Tizol-Duke Ellington’s “Caravan” offers no hint at the tune and the rendition here is quite different from the one on “Concert by the Sea.”

The Ellington-Strayhorn “Satin Doll” is another reminder of Garner’s affection for the Duke’s music. Victor Young’s “Stella by Starlight” is the musical theme from the movie ghost story, “The Uninvited.” The version here is unusually lively.

The album ends with Garner’s most famous composition, “Misty” (which he had previously recorded a number of times but always managed to make fresh).

Singer-pianist Shirley Horn (1934 – 2005) was much admired by other musicians and was named a Jazz Master by the National Endowment for the Arts. Barbra Streisand called her “sublime” and included three songs from Horn’s repertoire on her “Love Is the Answer” album.

When Miles Davis heard Horn’s first recording in 1960, he called her and insisted she perform as his opening act. Near the end of his life he made a rare appearance on one of her albums. After his death, Horn’s tribute to the trumpeter won a Grammy Award.

Now, Resonance has issued, for the first time, a live session from a Las Vegas club in 1988, “Shirley Horn Live at the 4 Queens,” and it is an unqualified delight. She has the two men who worked with her for more than two decades: Charles Ables on bass and Steve Williams on drums.

“Shirley Horn Live at the 4 Queens” is an unqualified delight.

Horn had an intimate manner that sounded as if she were whispering in your ear when she sang ballads. She took them at unusually slow tempos with a vibratoless voice and the effect was mesmerizing, something she demonstrates on Antonio Carlos Jobim’s “Meditation.”

On the other hand, her version of “The Boy from Ipanema”—she altered the gender of the subject of the song—is unusually happy. She even scats a bit at the end. She is just as light-hearted on Cole Porter’s “You’d Be So Nice to Come Home To,” giggling at one point.

“Lover Man” is an emotional ballad, which comes through as a true expression of romantic desperation. Her piano playing is an integral part of the performance.

She wisely follows this with an exuberant “Something Happens to Me” about the wonder of new love. “Just for a Thrill” is an obscure song by Lil Hardin Armstrong that stirs deep emotions.

The album has some piano solos, Randy Weston’s “Hi-Fly,” and Rodgers and Hart’s “Isn’t it Romantic?” that show how much she could swing as an instrumentalist. The album ends with Oscar Peterson’s “Blues for Big Scotia.”