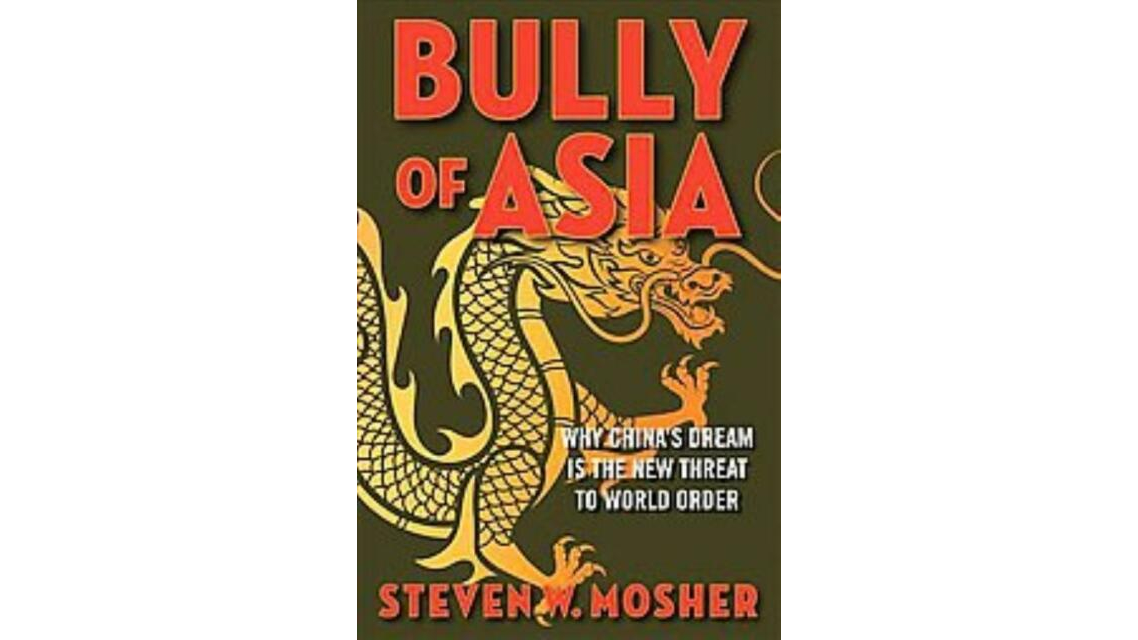 "Bully of Asia: Why China's Dream in the New Threat to World Order." (Regnery Publishing)
Books

Book Review: ‘Bully of Asia: Why China’s Dream Is a Threat to World Order’

A deep dive into the history of tyrannical China
BY Dustin Bass TIMEMarch 30, 2022 PRINT

When thinking about China, one can easily adopt the words of Winston Churchill when he called Russia “a riddle, wrapped in a mystery, inside an enigma.” China truly fits such a description. It heralds its ancient history while holding strongly to a current form of government that wished to eliminate that history. It claims to be the nation that embraces the technological advancements of the future, while simultaneously utilizing those advancements to maintain its historically tyrannical rule.

Steven Mosher has made the China “riddle, wrapped in a mystery, inside an enigma” easier to grasp with his book “Bully of Asia.” Mosher has a lifetime of study and experience with China; it started in the mid-1970s. He was actually invited by the Chinese regime in 1979 to be the first American social scientist to visit mainland China.

Tying the Past to the Present

His book provides in-depth analysis of the country’s history going back thousands of years. Mosher discusses the outcome of the Warring States era and how the dynasties ebbed and flowed. One of the most eye-opening moments of Chinese history is the reign of Qin Shihuang, who was the first ruler of the Qin Dynasty in the third century B.C.

His brutal reign was absolute, even going so far as to try to “eradicate thought itself.” His imperial edict called for the removal of classical and philosophical works, the end of political and philosophical discussion, the end of private schools, and the burning of imperial archives, save his memoirs. Those who broke these rules were subjected to cruel punishments, none so cruel as the punishment suffered by 463 Confucian scholars.

Qin was surrounded by advisers known as Legalists who helped to create, as Mosher puts it, “the world’s first totalitarian state.” The comparisons between Qin and the Legalist program and Mao Zedong and the Communist Party are practically identical, and Mosher has no difficulty tying the two together.

The author identifies the idea of the Chinese “hegemon.” This is the crux of the book. The idea of the hegemon is the belief that China is destined to reign globally. An example of this would be the “All-Under-Heaven Complete Map of the Everlasting Unified Qing Empire,” which was published in 1806, before the country was brought low by the Opium Wars. The hegemonic dream requires that one man stand supreme above all others—a very Maoist image—which is an idea that Mosher connects to the Shang Dynasty, a dynasty that stretched to the very foundation of the state in 1766 B.C. The author points out that the ruler identified himself as “I the single one man.” In other words, as Mosher puts it, “no one else mattered.”

This dream of absolute rule by one man over “all under heaven” has more than survived through the millennia and, according to Mosher, has affected the way the Chinese see other nations and races. He has coined this view of the rest of the world as “national narcissism.” The concern about this expansive narcissism is that it has “provided a ready-made justification for hegemony.”

Mosher has assembled an incredible read that is both fascinating in historical breadth and disturbing in describing how that history has informed China’s present manifestation, and most definitely will inform its foreseeable future. As alarming as the book is—and for every American and Westerner alike, it should raise red flags (sans the golden stars)—the author does provide solutions. A few of those include the North Korean issue, Taiwan’s independence, and the addition of more China analysts who will continue analyzing the threat from the East in hopes of creating more solutions.

“Bully of Asia” is a highly recommended book for readers of all kinds. One can know that there is a problem without understanding the problem itself. This book from the preeminent scholar on China will greatly help people understand the problem that is Red China.