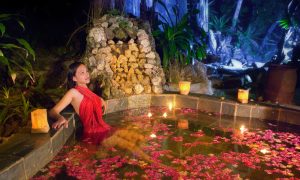 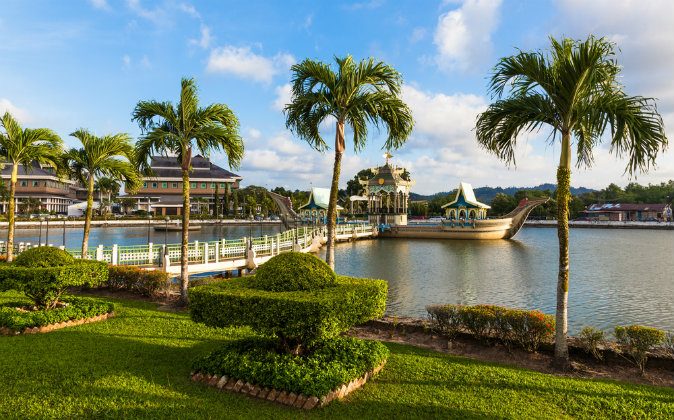 Brunei: A Stay in One of the World’s Richest Countries

I have to admit Brunei wasn’t always high on my travel list but it’s definitely a place I’ve always been curious about. Residing in South East Asia but differing vastly from its limelight stealing neighbors of Borneo’s Sarawak and Sabah, this tiny Islamic sultanate is probably best known for its vast wealth … and its ultra conservative government. Most only stopover en route to another Asian destination, but on our recent #LoveSabah blog trip we were lucky enough to spend a few nights here, taking up temporary residence in one of the world’s most exclusive hotels, the hugely opulent Empire.

The secret to Brunei’s riches resides in its oilfields (it’s blessed with the largest reserves of oil in South East Asia) and the standard of living is high—there’s free healthcare for all, cheap petrol, subsidized housing, and no income tax. It’s also a clean and very safe country with a very low crime rate, well-kept roads, and a place where state-of the-art office modern buildings sit next to gleaming mosques and traditional fishing villages. With its flourishing economy driven from its bountiful underground resources, Brunei’s treasure trove of greenery on the ground remains thankfully pristinely intact. The trade off is it’s strict and controversial government policies. Drinking is banned (the locals turn to food and shopping instead), punishment harsh, and individual freedom is curtailed.

On the surface at least, Brunei is a a quiet, peaceful country with quiet, warm and peaceful people. Small in size it may be, but it definitely doesn’t lag in a certain captivating charm. Its premier hotel, The Empire, also has to be seen to be believed. Almost like a small state in itself, the Empire Hotel Brunei is a spacious, state-of-the-art, luxury hotel and apparently one of only two 7-star hotels in the entire world. Throw in a previous guest list of King Abdullah of Jordan, Pamela Anderson and Bill Clinton and you’ve got one exclusive hotel indeed.

It’s without a doubt the grandest hotel I’ve ever stayed in. At the heart of this huge exquisite “empire” is the palatial lobby which is surely based on the sultan’s palace itself—shimmering with gold leaf and bathed in natural light from the incredible backdrop of 130-foot high glass walls. The lavish decor is accented by a million dollar chandelier, more gold fixtures and meticulously dressed staff. Apparently a $500,000 crystal camel loiters in one of the suites. The Empire doesn’t do subtlety. It might be a little too extravagant and formal for everyone’s tastes but the warm welcome more than made up for the imposing setting.

Courtesy of a jovial uniformed golf cart driver, I explored the rest of hotel. The Empire elegantly sprawls through 400 acres of manicured gardens, a network of swimming pools, and breezy tropical beaches. There’s also an array of world-class leisure facilities which seems to include everything from 10-pin bowling to its own onsite cinema—there are not many hotels that can say that!

My generously proportioned room resided at the end of a long ornate corridor and featured a complimentary mini bar (where chocolate seemed to make up for the lack of alcohol), a large marbled bathroom, which included a shower with three sources of water, and of course, lashings of gold fixtures. I opened the large doors which led onto the balcony which opened out into an evening bathed with a warm humidity and an intoxicating ocean breeze. Beyond the swaying palm trees which lined the hotel’s private beach I saw the beautiful endless clear blue waters of the South China Sea. The Empire is one seriously unique hotel experience.

Copyright © 2015 by Global Grasshopper. This article was written by Becky Padmore and previously published on GlobalGrasshopper.com.