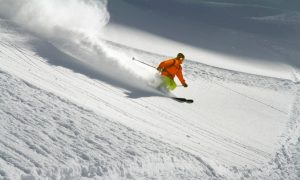 Ski Apps – Are They Hot or Not?
0
Share Now
TelegramFacebookTweetEmailTellMeWeReddit
Copy Link 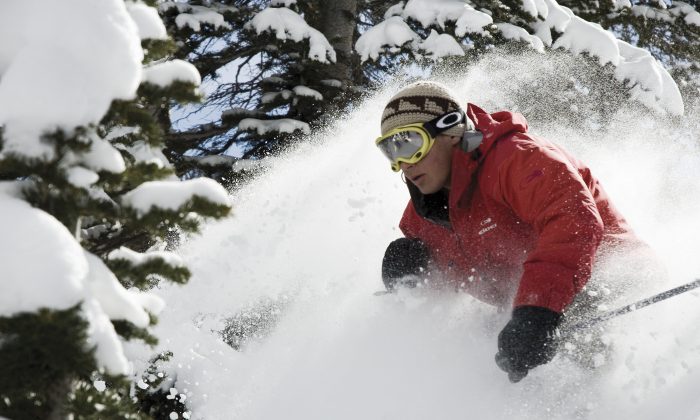 The irony of modern convenience is despite all the so-called efficiencies, I always feel rushed. I’m routinely checking emails and social media in the bathroom, talking on the headset while washing dishes, and my lap-top frequently finds its way on to the couch or bed.

So is the case with the modern ski vacation. What used to be enjoyed over a full week is too-often compressed into three days.

That was my experience with my childhood best friend Mike last February. We’d been skiing together for over twenty years, starting as awkward New Jersey teens to later as twenty-something, powder-seeking weekend warriors based in Denver.

However, now in our late-thirties and back on the East Coast, we were at the mercy of our tireless children and over-tired wives, who were kind enough to relieve us from diaper-changing duties to make a few ski turns.

Should you find yourself in a similar predicament with big ski ambitions yet limited time, its hard to top Park City, Utah—considering the many direct flights, short commute from airport to mountains, world-class skiing, the “lake-effect” snow, and an enchanting old-west town.

Within 90 minutes of our plane’s touchdown at the efficient Salt Lake International, we were comfortably situated in our condo. Inside our living room was a technician from Skis on the Run fitting Mike’s rental boots and adjusting the bindings of our high performance ski rentals.

For those familiar with frustrating ski rental lines, let the beauty of that sink in—a chore that once painfully cut into one’s ski day, was now happening in front of the gas fireplace in between bites of chips dripping with tangy salsa.

We even phoned Skis on the Run from our Escalade shuttle to ask for fatter skis, because the forecast was for deep snow! This is a common occurrence in Park City, due to the phenomenon of storm systems gaining precipitation off the Great Salt Lake and dumping the cold fluffy powder on Utah’s Wasatch Mountains.

The snow gods had smiled on us, as we had three straight days of fine Utah powder.

Each of Park City’s three resorts rank amongst the best in North America and could easily support a full week’s vacation. Despite our limited time, we decided to sample them all. They are modern, efficient, and well-laid out–yet they each have their own personality and character.

The Park City Mountain Resort has a local’s charm and it can be accessed directly from the thriving Main Street in the center of town. It’s quite a site to see tourists and locals alike walking down Main Street donning their ski equipment.

Back in the 1980s, a resort called Park West was kind of the equivalent of Australia in the 1800s. Snowboarders were banished there, as the only place to ride in Park City. However, with an extensive rebrand from Vail Resorts, The Canyons became a bonafide resort destination onto itself.

It boasts some of the most modern touches, such as a lively mountain village sprinkled with Adirondack chairs for après and mid-day beers, the slickest of the resort smart-phone apps where you can monitor your days’ conquest, and the biggest array of ski diversions like zip-lines and trampolines.

Vail Resorts has continued their investment in the area, by purchasing the Park City Mountain Resort, and has begun to combine the two resorts into America’s largest by acreage.

Then there is Deer Valley. Ahh Deer Valley. Before I was shown the light, I had the incorrect notion that this wasn’t a place for serious skiing, but more of a luxury spot for the country-club set to sip champagne, and dine with shearling slippers.

My was I wrong. In fact, on the biggest powder day of the weekend—most of the locals had arrived early at Deer Valley—not the other resorts, where powder stashes in the trees and steeps were plentiful.

We had memorable meals during our short stay. On-mountain dining at the Canyon’s Lookout Cabin during a snowstorm gave the illusion of eating in an airplane flying through white fluffy clouds. We also enjoyed a dinner of comfort food, refined drinks, and the company of a few kind locals while taking in an Americana trio playing folk standards at the Silver Star Café at the base of the Park City Mountain Resort. Food Network personality Guy Fieri from “Diners, Drive-ins, and Dives” had just filmed an episode at the Silver Star the week before.

While the food options where extensive both in town and at the resorts, one meal easily went down as the best—Fireside Dining at Deer Valley’s Empire Canyon Lodge.

We arrived there in a snowstorm at dusk, which created a dreamy, sepia-toned light. We were greeted by two cowboys that were tending to a horse-drawn sleigh. While the sleigh-ride offer was tempting, our appetites cultivated from a hard day of skiing had us focused on the all-you-can-eat experience that awaited inside.

The Empire Canyon Lodge is both sprawling and cozy. The dining rooms feature four courses cooked over gigantic stone fireplaces. The first was a big gooey chunk of melting Swiss raclette cheese served with copious sprinkles of paprika and various charcuteries. Next was a gourmet rendition of Mardi Gras fare in homage to the revelry taking place simultaneously in New Orleans. The third course featured a hearty variety of meats strung above the fireplace. It was a carnivore’s delight and a vegetarian’s nightmare.

The final course was anchored around three flavors of dessert fondue, and offered with plates of other sweets such as fruit, brownies, cookies, and other baked delights. It was truly a loosen-the-belt-buckle kind of dining experience. Though I could sense food coma setting in, I had to work my way dutifully through all four stations.

Mixing love for roller coaster speed and winter sports, we couldn’t pass up the chance to ride the actual bobsled course used in the 2002 winter Olympics.

After some basic training in a conference room at the Olympic Legacy Museum, a car ride to the top of the track, and a helmet-fitting; we were ready to ride. Driven by a professional who had done the course a thousand times, Mike, myself and a perfect stranger got intimate quickly by squeezing into the tiny sled, practically sitting on each other’s lap—which made us appreciate how hard it is for the pros to get in this position following a sprinting start down the icy track. We were told to hold our necks firmly up-right, otherwise the G-force would pin them to our chests with zero view for the ride’s duration as the sled reaches speeds of 60 mph.

Similar to riding any daunting roller-coaster, major butterflies set in my stomach and I found myself having to tame my fear and then giggled with exhilaration through the fast ride. As we climbed out of the bobsled at the bottom high-fiving, we were amped for celebrating at the Silver Star Café that evening.

After a half-day of powder skiing at Deer Valley, a shower, and quick pack-job, we decided to spend our last few hours on Main Street to grab lunch. We opted for a quaint deli staffed by high school kids that reminded us that we were not in a “faux resort village” off the interstate, but in an actual community. The old historic facades on Main Street made us feel like we were on the set of a classic Western movie. There is even a reimagined traditional Whiskey saloon, the High West Distillery—which flies in the face of the stereotype that Utah is unfriendly to alcohol consumption.

As we were just about to catch our shuttle back to the airport, we spotted a fancy-looking place to get some ice cream cones for the car-ride and some souvenirs for the kids. It was there that I noticed a father tending to his small kids, laughing and treating them to ice-cream.

At first I longed for my own kids, and then the nostalgia brought me back to my own childhood ski trips, thinking how my mother would patiently bundle me up for the slopes as early as seven years old. I thought about my father who didn’t ski, but would tag along and treat me to fudge, and ice-cream as a small boy, and a beer as a young man.

As our 72-hour break concluded, my back and legs felt a level of stiffness that I had never before experienced when I was a younger lad. However, the pain was quickly forgotten with the high-pitched screams of “Daddy” from my daughter Grace and my son Mason as I returned home.

After an epic whirlwind of three powder days in a row, this homecoming of kiddie sentiment was the unexpected weekend highlight (though the paprika-dusted swiss raclette cheese wasn’t too far behind!)

While my return to Park City isn’t planned yet, next time I will surely be skiing alongside Grace and Mason, treating them to ice-cream cones to top off the day. And when that trip materializes, I’ll be unplugging for seven days instead of a compressed three!