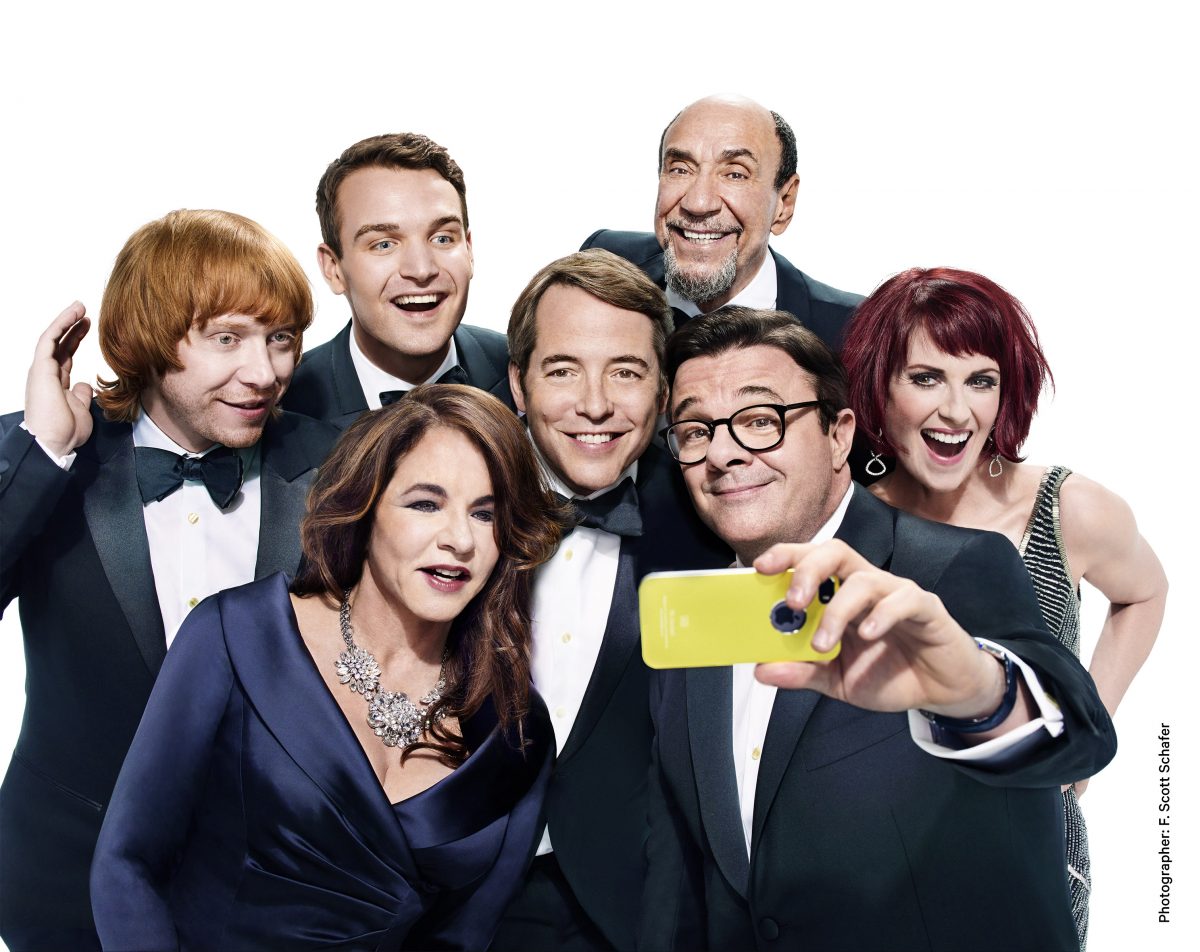 The stars come out
BY Judd Hollander TIMESeptember 5, 2014 PRINT

NEW YORK—The New York theater season is revving into high gear with more than a dozen shows set to debut before the end of 2014. With so many offerings—both originals and revivals— it’s a sure bet even the most jaded souls will find a few things to get excited about.

Comedy is king this fall with “It’s Only a Play” and “You Can’t Take It With You.” Both shows are now in previews and each offers a heavy dose of star power.

“It’s Only a Play” looks at the highly volatile and insecure company of a new play as they wait for the reviews to come at an opening night party. Reuniting Nathan Lane and Matthew Broderick, who scored box office gold with “The Producers,” the show also features Megan Mullally, F. Murray Abraham, Stockard Channing, Micah Stock, and, making his Broadway debut, Rupert Grint—best known for his work in the “Harry Potter” films.

First seen off-Broadway in 1986 and filled with theatrical references and zingers of the day, playwright Terrence McNally has reportedly updated his work to make it more relevant to contemporary audiences.

In “You Can’t Take It With You,” the 1936 Pulitzer-prize winner by George S. Kaufman and Moss Hart, James Earl Jones plays the patriarch of an eccentric family who are more interested in doing their own thing than dealing with everyday life. However, when the daughter falls in love and her fiance’s straight-laced parents unexpectedly drop by, a culture clash of hilarious proportions ensues. Last revived on Broadway in 1983, the cast also features Elizabeth Ashley, Mark Linn-Baker, and Kristine Nielsen.

For those seeking something a bit more intimate, there’s the revival of A.R. Gurney’s “Love Letters.” Performed with a rotating cast of two, the show features two characters reading cards and correspondence to each other over a period of 50 years. First up will be Brian Dennehy and Mia Farrow, with future cast members to include Carol Burnett, Alan Alda, Candice Bergen, Stacy Keach, Diana Rigg, Anjelica Huston, and Martin Sheen.

Actor Hugh Jackman also returns to Broadway this fall, this time in a dramatic role in Jez Butterworth’s “The River,” a work new to the United States and originally seen in London in 2012. While Jackman is best known for his musical efforts (“The Boy From Oz”), his last dramatic foray on Broadway, “A Steady Rain,” proved to be a sellout.

Other revivals coming up include Edward Albee’s family drama “A Delicate Balance” with Glenn Close and John Lithgow; Ewan McGregor and Maggie Gyllenhaal in Tom Stoppard’s “The Real Thing,” a play about the ending of old relationships and the building of new ones; and “The Elephant Man” with Bradley Cooper and Patricia Clarkson, which follows a physically deformed man rescued from a carnival freak show to become the toast of society in Victorian England.

With so many straight plays coming in, the fall season is a bit light on musicals, but what there is looks interesting indeed.

First up is a revival of “On the Town,” the 1944 musical classic about three U.S. Navy sailors on a 24-hour leave in New York City where they find love, romance, and all sorts of complications. With music by Leonard Bernstein and book and lyrics by Betty Comden and Adolph Green, the show will feature 28 musicians, making it the largest orchestra on Broadway this fall.

Somewhat darker is the original musical “The Last Ship,” which boasts a score by Sting. The show examines life in an English seafaring town; the local shipyard, which has always been the heart and lifeblood of the community; and the young man who returns home after leaving it all behind 14 years earlier.

There’s probably no show more eagerly awaited by theater buffs this season than the return of the 1997 musical “Side Show,” a tale of the real-life conjoined Hilton twins who were the toast of vaudeville in the 1930s as they struggled for success and contentment both in the glare of and away from the media spotlight.

While “Side Show” only ran for 91 performances in its first Broadway incarnation, it has since become something of a cult classic. This new production is said to be a “reimagining” of the original work.

For those interested in more lighthearted fare, there’s the Broadway premiere of the tuner “Honeymoon in Vegas.” Based on the movie of the same name, it’s a story about a fellow on the verge of losing his longtime girlfriend due to his fear of commitment and the Las Vegas gambler all too eager to fill the void in the girlfriend’s heart. Also in the show—flying Elvises.

Adding to the mix this fall are “This is Our Youth,” about three people in crisis in 1982; “The Curious Incident of the Dog in the Night-Time,” based on the novel by Mark Haddon about a 15-year-old boy on trial for killing his neighbor’s dog; and “Disgraced,” where an American Muslim lawyer finds his successful life upended when a dinner conversation veers into dangerous political territory.

As Stephen Sondheim once wrote, there’s “something for everyone”—with a whole lot more still to come.