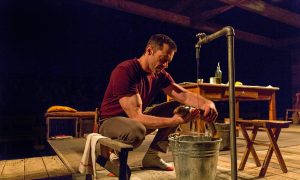 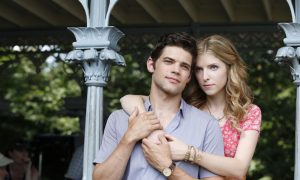 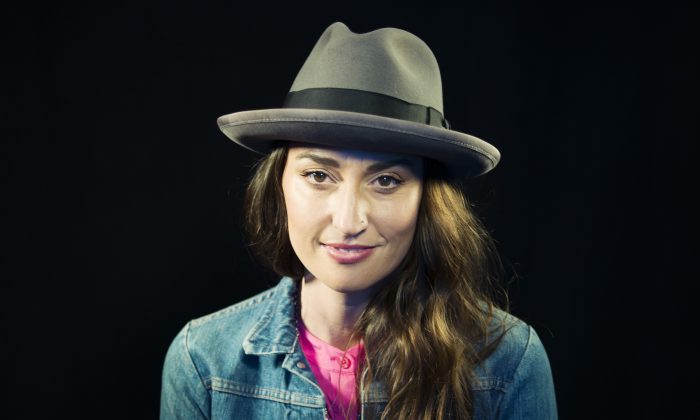 In this Nov. 3, 2015 photo, musician Sara Bareilles poses for a portrait in New York. (Photo by Victoria Will/Invision/AP)
Arts & Culture

NEW YORK — The musical “Waitress” hasn’t yet begun serving its specials on Broadway, but it’s already made some history.

Lorin Latarro has been hired to choreograph the show, joining a female book writer, composer and director. That’s the first time in Broadway history that the four top creative spots in a show have been filled by four women.

“The fact that it’s the first time across all these four departments is an amazing moment,” said Tony Award winner Diane Paulus, the director, who has also helmed the recent revival of “Pippin” and the new “Finding Neverland.”

“Waitress,” which was made into a 2007 film starring Keri Russell, tells the story of a waitress and pie-maker trapped in a small-town diner and a loveless marriage. The musical has a story by Jessie Nelson, who wrote, directed and produced “Corrina, Corrina” with Whoopi Goldberg and “I Am Sam” with Sean Penn.

It will have songs by pop star Sara Bareilles, the singer-songwriter behind such hits as “Brave” and “Love Song,” who is making her Broadway debut. And, for good measure, it will star Jessie Mueller, who won the best leading actress in a musical for playing Carole King in the musical “Beautiful.”

In an interview this month, Bareilles said she was proud to be part of an all-female team: “It’s really fun to be an example of the way it can look. We’re a bunch of women who are deeply committed to finding a way to build a unified vision.”

The news comes as frustration over the lack of women getting the chance to have their work seen onstage has gotten more attention. According to The League of Professional Theatre Women, only 28 percent of productions were written by women during the 2013-14 Broadway and off-Broadway season.

The Interval, a website trying to raise the media profile of women in theater, found that of the 11 new plays that made it to Broadway last season, only one was written by a woman and four were directed by women. Only one of 10 new musicals was directed by a woman and all five musical revivals were helmed by men.

That an all-female creative team has now been hired for the first time left Paulus celebrating. “It’s kind of hard to believe it hasn’t happened, but my attitude is rather than dwell on what hasn’t happened, we’re here to say, ‘It’s the twenty-first century. So come on, everyone!'”

“Waitress” will play the Brooks Atkinson Theatre, with previews beginning March 25. It previously played at the American Repertory Theater at Harvard University, which Paulus leads.

Paulus said Monday that producers had been looking for a new choreographer to make the Broadway transfer. Latarro, who has worked on Broadway shows such as “The Curious Incident of the Dog in the Night-Time,” ”Hands on a Hardbody” and “American Idiot,” was among many candidates.

“Lorin knocked it out of the park with her ideas, her connection to the material and maybe it’s not so surprising she’s a woman: This is a story that is so connected to a woman’s journey. It was not a casting requirement but now that it’s happened, it feels so right.”

The only show to come close to what “Waitress” has achieved is the 1978 Broadway musical “Runaways,” which had a book, score, choreography and direction all by Elizabeth Swados.

“Waitress” will be co-produced on Broadway by two women as well — Fran Weissler and Elayne Herrick, as well as their husbands, Norton Herrick and Barry Weissler.

“I hate to use the term ‘proud,’ but I guess it is a proud feeling to know that all the creative team are made up of woman — and really smart women and talented women,” said Fran Weissler, who has co-produced hits such as “Chicago” and the recent revival of “Annie Get Your Gun.”

A show with so many women in its top creative jobs seems apt for a Broadway season that’s celebrating diversity, with “On Your Feet!” ”Allegiance” and “Hamilton” bringing new faces to New York stages.

“The fact that this landmark for women is also part of this incredible season is, I think, really important and thrilling,” Paulus said.