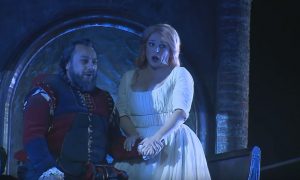 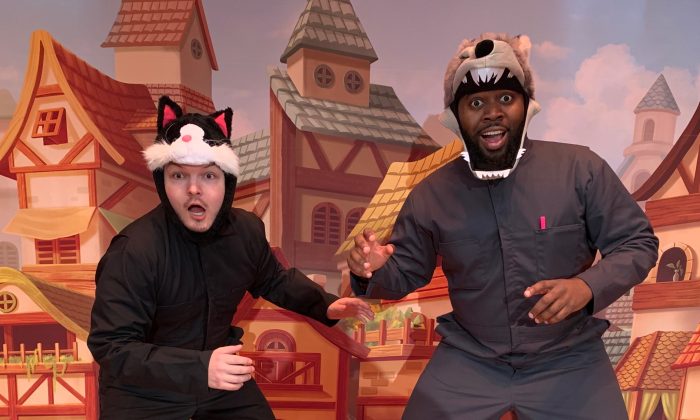 Bringing the Magic of Opera Right Into Schools

Each year, Opera Saratoga packs up one production into one van and brings it directly to thousands of young students.

“It’s really an opportunity to see opera up close and personal,” said Lawrence Edelson, artistic and general director of Opera Saratoga. From Feb. 25 to March 30, Opera-To-Go is visiting 50 schools in seven New York counties, and putting on seven free performances as well.

“It has to be portable because we want to reach as many schools as we can,” he said.

It’s a chance for students, primarily from kindergarten to third grade, to see the magic of theater unfold right before them.

“The music is actually taken from various famous operas, so we have Mozart, Verdi, and then they’re recrafted into a story. This year’s fairy tale is ‘Pinocchio,’ which is a story about the importance of telling the truth, and a story they know,” Edelson said.

It’s a story about listening to and respecting your parents, self-importance, and honesty. Edelson explained that they pick fairy tales and craft engaging moral narratives so that the effect is not preachy but interesting and entertaining.

And through these familiar tales, students are introduced to famous composers, classical music, the athleticism of opera, and the power of the performing arts.

“This is important to me because we live in a world where the default form of entertainment is television, it’s video games, it’s the internet. So it’s important to have the all-too-rare opportunity to experience live entertainment,” Edelson said. It captures the imagination like nothing else.

And if there’s any difference when performing to a young group of students like the audience of Opera-To-Go productions, Edelson says, it’s that “they don’t have preconceived notions about what opera is.”

“They are so enthusiastic,” he said. “Their imaginations are so open.”

After all, no one’s yet given them the idea that opera is something they wouldn’t like.

“They also ask all the best questions, like how did you get Pinocchio’s nose to grow? And how can you sing so loudly?” he said. That’s a popular one; the power of these classically trained singers often leaves the students, who have heard mostly only amplified music, in awe.

Each performance runs about 40 minutes, after which there is a question and answer session with the performers. Opera Saratoga also distributes education guides to the schools in advance, so teachers can prepare the students as well.

This year’s “Pinocchio,” adapted by Jon Davies, includes music by Mozart, Donizetti, Verdi, Offenbach, and Pergolesi. The production is directed by Meaghan Deiter, who last year worked with Opera Saratoga as assistant director on “The Consul” and “The Merry Widow.”