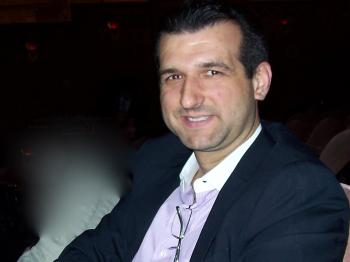 The physician said the performances resonated with him deeply on both an intellectual and emotional level. “It’s all about the divine and the philosophy of China [throughout] the past 5,000 years, and I think I’m part of it. I’m from Greece, from Europe. We share the same kind of philosophy and I believe a lot the Greek culture and the Chinese culture are very close."

The doctor summed up the mission of Shen Yun well.

Dr. Hartas said he enjoyed the artistry of the performances: “The dancers are amazing and the costumes are great, very well-designed and very well choreographed. The combination of their movements and their choreography and the way they are dressed, the costumes, is just breathtaking!”

He said he would recommend that his friends see the New York-based show, by telling them, “Definitely you have to go and see it. It does a great job of showing the 5,000-year history of China, and Chinese people. Shen Yun combines the elements of the Divine, you can see Chinese history in the past 5,000 years, and the choreography and costumes are just amazing!