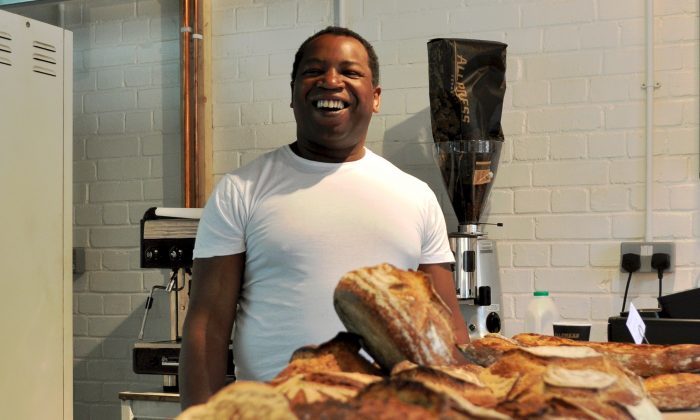 Making real bread is a “pill-less Prozac” for people suffering from depression, according to research carried out for a British baking campaign group.

Bread making has therapeutic and social benefits, according to the research for the Real Bread Campaign published on Monday October 28th, which pulled together evidence from different therapeutic fields. Almost nine out of ten people surveyed reported a sense of achievement and feeling happier.

“It’s the magic of bread making,” said Chris Young, project co-ordinator for the Real Bread Campaign. “You can take four very basic ingredients and it’s like alchemy converting it into this wonderful thing, fresh, delicious-smelling loaf.”

Young said making real bread gives people a sense of purpose, and giving that bread to others is of therapeutic value, increasing well-being.

“Bread making is very relaxing and calming,” he said.

Older people with early dementia have fond childhood memories of making bread with their mothers. As a part of reminiscence therapy, baking is used as a catalyst to get conversation going.

Young said that for those who are severely losing touch with everything around them, they latch on to a deeply embedded long-term physical memory of bread making. “People say, ‘Thank goodness there’s something I can still do. When I’m starting to lose everything else around me I’ve got bread to hold onto’,” he said.

Long-term sufferer of depression and winner of BBC2’s 2012 Great British Bake Off, John Whaite said in the foreword to the Real Bread Campaign’s report: “There is something about the meditative process of bread making that enables me to lift my mood and take control.”

Whaite is hoping that people who suffer from mental health issues “get the chance to try their hand at baking Real Bread to see how it could help them too”.

Melanie Denyer, diagnosed with borderline personality disorder, said in the report that baking has “very literally saved my life, giving me an outlet for emotions I couldn’t handle. It has provided me with an alternative to self-harm.”

The report highlights bread-making projects around the UK such as The Better Health Bakery in Haggerston, East London, which offers work placements to people with mental health difficulties. Garvald Bakery in Edinburgh gives work experience to people with learning disabilities. Wexham Park Hospital in Slough, Berkshire, provides baking as part of its psychological therapy.

Freedom From Torture, a London-based organisation, runs a bread-making group to help survivors of torture “reveal their fears and anxieties and reflect on their past through the creative and interactive process of bread making”.

Saba Stefanos, leader of the Freedom From Torture bread-making group, said in the report, “Bread acts as a means of connecting torture survivors, breaking their isolation and helping them to support one another in the process of healing.”

The Real Bread Campaign is looking to secure funding to run a new project, “Together We Rise”, linking mental health services to professional bakers, which will “join the dots between all the people doing this fantastic work and help thousands more people benefit from bread making”, Young said.