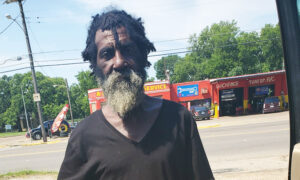 Homeless Dad With Overgrown Beard and Dreadlocks Gets a Makeover: 'I Don’t Feel as Low'
0
Share Now
TelegramFacebookTweetEmailTellMeWeReddit
Copy Link 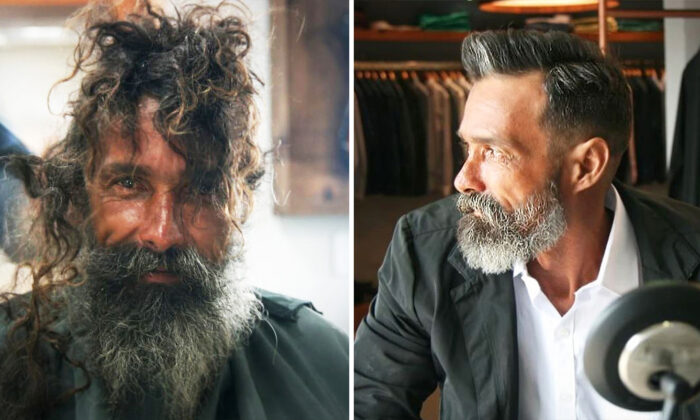 After a decade of living on the streets in Brazil, a homeless man was reunited with his family when his photo went viral on Instagram.

In an act of kindness, barbershop owner and country singer Alessandro Lobo asked a homeless man if he was hungry or needed something to eat.

The man he was addressing was João Coelho Guimarães, from Brazil, who’d been separated from his family for several years. He had been collecting and reselling cans to survive, and while he refused Lobo’s offer to provide food, he asked if he could get his beard trimmed inside Lobo’s barbershop.

The business owner readily complied and gave Guimarães a complete makeover. Afterward, he posted a picture of the man’s transformation on Instagram, where it went viral.

It was a good deed that made them both feel good, as well as many online. But what they didn’t expect was that word would get back to the homeless man’s family, who didn’t know what had happened to him and had feared the worst. They saw the pictures on Instagram and recognized their loved one.

“They saw the photo and contacted me,” Lobo told LAD Bible. “Since he doesn’t have a phone or a fixed address, tomorrow we will go through the neighborhood to try to find him.”

On Dec. 17, 2020, Guimarães’s mother and sister traveled to meet him, and they were reunited after being estranged for 10 years.

Guimarães was overjoyed to see his family again, but Lobo told Metro UK that the homeless man made the unconventional decision not to return home with them.

Still, Lobo is glad he was able to help the family find each other once again. He says it was not the outcome he anticipated when he offered food to a stranger on the streets.

“It is Christmas time and the intention was to show that with little we can change someone’s life,” Lobo said of his act of kindness, according to LAD Bible. “That we have to do good without looking at who. We did not imagine that it would have this repercussion.”

Watch Guimarães reunite with his relatives after 10 years of separation: