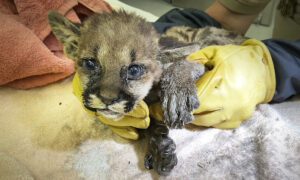 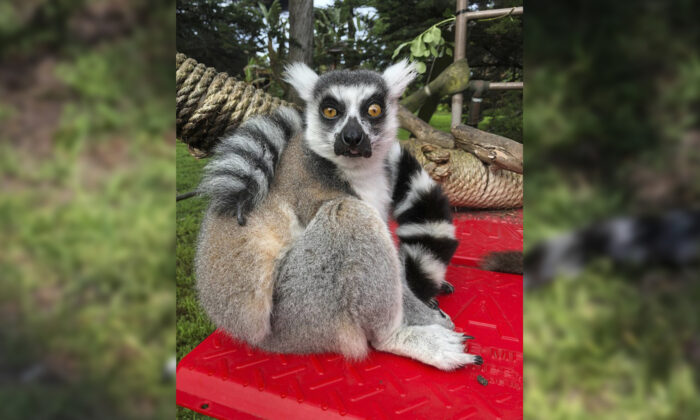 Boy, 5, Spots Endangered Lemur in School Playground After It Went Missing From Zoo

By The Associated Press and Louise Bevan
Print

After 36 hours running wild outside the confines of the San Francisco Zoo, a missing endangered lemur has been found, safe and sound, by a 5-year-old boy.

Maki the ring-tailed lemur was spotted by a kindergarten student, James Trinh, in the playground of Hope Lutheran Day School in Daly City on Oct. 15, reported ABC 7.

“The parents were calling and saying, ‘There’s a lemur out on the playground,’” teacher Sarah Riggs told the television station. “He was hopping around the play structure.”

James, who loves animals, called the appearance of the fuzzy playground visitor “exciting” in an interview with ABC 7 while sitting in his father’s lap.

“I like the way they look,” James said of the striking primate with its black-and-white-striped tail and black-rimmed eyes. James then dished out his best advice for a lemur on the loose: “Call the zookeeper!”

“We found Maki, the stolen lemur from @sfzoo,” the police posted on Twitter. “We contained him until staff from the zoo took him back home.”

Animal Care and Control did the honors, gently coaxing Maki from his hiding place inside a plastic playhouse and driving him back to the zoo’s veterinary facility. The lemur had strayed just a 10-minute drive from home.

Before the lemur’s recovery, San Francisco Police suspected burglary when Maki was reported missing from the zoo’s Lipman Family Lemur Forest enclosure on the morning of Oct. 14. Evidence of “forced entry to the animal enclosure where the lemur was housed” prompted an investigation. San Francisco Zoo offered a $2,100 reward, $100 for every year of the lemur’s life, for information leading to Maki’s recovery.

Ed Poole, chair of the San Francisco Zoological board, told ABC 7: “We do not think he escaped; we think he was taken from the zoo, but we have yet to get confirmation on either of those.”

Ring-tailed lemurs are endangered in their native country of Madagascar and live for an average of 16 years. Maki is considered a senior at the age of 21.

James and his father, Sam Trinh, are focusing on the positive fact of Maki’s safe return.

“Just a lot going on in the world right now,” Sam considered, “so it was good to have some good news, tonight at least.”

There’s an extra dose of good news in store for 5-year-old James, reported ABC 7. Poole plans to gift the young animal lover a lifetime membership to the San Francisco Zoo.