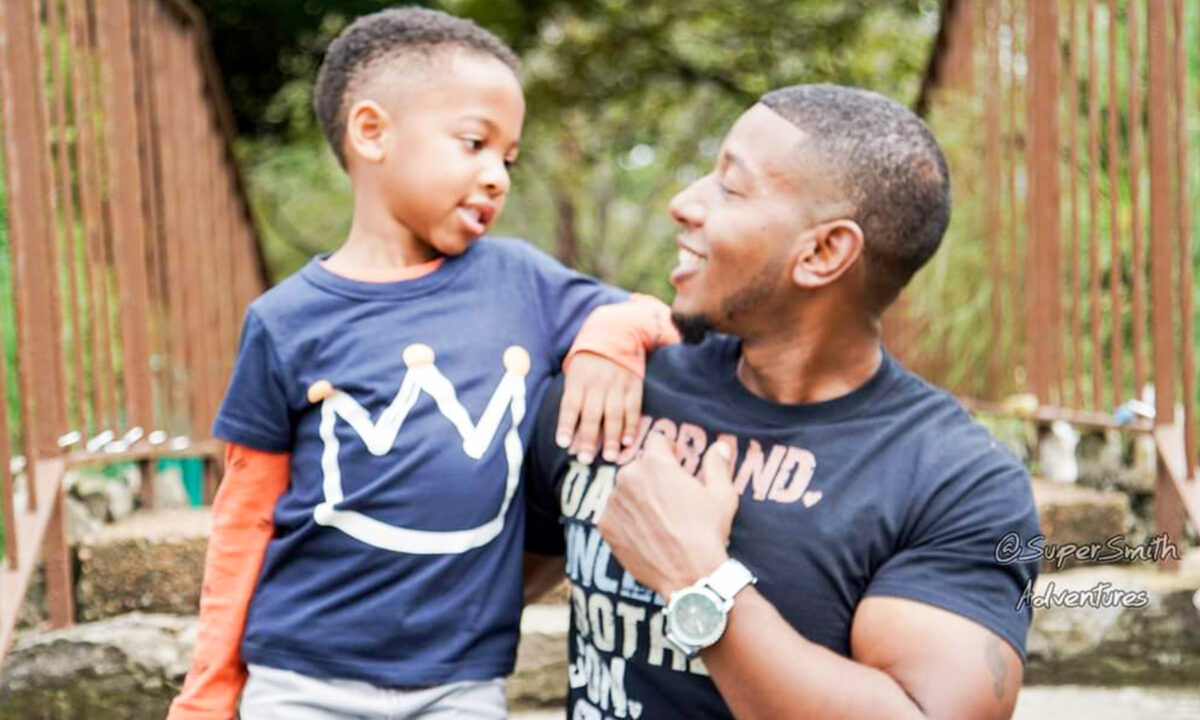 Boy, 5, Gives His 30 Cents to a Homeless Man, Inspiring a Chain of Kindness

In a tender example of generosity, a 5-year-old in Nashville, Tennessee, gave his 30 cents—which was everything he had—to a homeless man he encountered on the street.

Justus Mateo Smith, 5, and his father, Justice, 40, encountered the man at a busy intersection, just off a highway exit, in the middle of rush-hour traffic. The father-son duo were on their way to a dental appointment during a typically busy day.

The elder Smith wanted to give the homeless man money to buy food, as he noticed the hunger and exhaustion reflected in his eyes; but did not have any cash on him.

“Because of the way I was raised and also at one time being homeless and sleeping in a car myself, I always make an effort to acknowledge the homeless individual’s humanity and existence with eye contact and a smile, along with a head nod or wave—at the least,” Justice told The Epoch Times.

To his surprise, his son had also noticed the homeless man, and although his father hadn’t uttered a word about helping the man, Justus offered to give him 30 cents.

“I didn’t even realize he had 30 cents on him at first,” Justice recalled. “It was like our 5-year-old heard the thoughts going through my head and then answered with his own suggestion out loud.”

Seeing this, Justice was overjoyed that his son felt that way and wanted to help the man in need. However, he was hesitant because he felt that the man needed more than 30 cents.

“I didn’t want to offend or insult him at this moment by only giving him 2 coins,” Justice said.

However, he kept these thoughts to himself and didn’t say anything aloud.

“I realized that I was the only thing in the way of something positive happening in that moment,” Justice shared. “We try to instill in our children that helping others who can’t help themselves is so important. If we can help in any way, we should try. I didn’t want to say one thing and then do the opposite.”

Not wanting to create a “negative lasting impact,” that’d be counterproductive in all three of their lives that day, he rolled down his window and told the man that he was sorry that he didn’t have any cash on him, but that his son—who had just turned 5—wanted to give him everything that he had.

Hearing this, the drawn and weary expression on the homeless man’s face immediately left and he lit up with a huge smile.

“He looked at our son, smiling at him, and said, ‘Thank you so much, little man! God bless you! Thank you!’” Justice said.

As it turns out, Justus’s humble gesture began a domino effect. Motivated by his act of kindness, others behind him followed his lead, providing the homeless man with what he needed to evade hunger that day.

While the string of events that followed certainly helped the man that day, his life was not the only one impacted; Justice, too, has since learned a lesson.

“It reiterated that my personal pride is not more important than another individual’s needs or hardships,” he shared. “It taught me that no gesture done in sincerity is too small to make a real impact in someone else’s life.”

The father of three believes that, as parents, it is best to teach children by leading by example.

“The most important things they’ll remember about their childhood and being with their parents (us) is by what we parents have done,” he said. “Sure, they may recall what we’ve said at times, but our actions truly show and teach them how to operate in this world.”

Justice shared that, throughout the journey of his life, every experience, either good or bad, has had a purpose and has taught him something eventually, even if he didn’t realize it at the time.

He also believes that God has been his source, and one of the main reasons he does his best to love others through his actions, and the reason he teaches his children that “every essence of God is LOVE.”

Needless to say, this is something that young Justus—whose wit and intelligence are well beyond his years—seems to have caught on to. He was able to demonstrate free and loving generosity that day by helping the man. Justice is awed by his son’s benevolence and hopes that it continues to motivate others.

“Until we actually have walked in another’s shoes versus just passing them, we’ll never know what they’ve truly had to face or survive,” he said.

“Our family only hopes that the news and love we were conduits in creating that day is a motivation for more people to see each other as fellow humans, versus seeing others as their circumstances or burdens on society.”