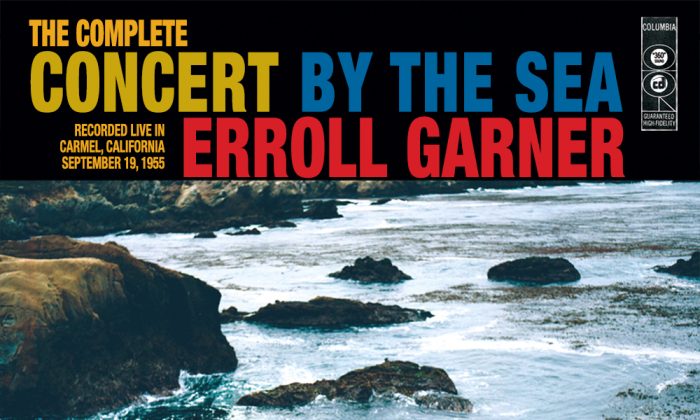 Erroll Garner (1923–1977) was a one-of-a-kind jazz pianist. A Puckish figure, he was 5-foot-2 and usually sat on a telephone book when he performed. He never learned how to read music, yet he penned the ballad “Misty” and was an intrepid improviser. Garner usually played in a trio, and his bass player and drummer had to be alert to keep up with him.

His album “Concert by the Sea,” recorded live in Carmel, California, in 1955, is one of the best-selling albums of all time. Yet, the original LP contained only about half of the music that was performed that day.

To honor the 60th anniversary of the concert, Sony Legacy and Octave Music Publishing have released the complete concert in a lavish 3-CD set. It contains 11 previously unissued tracks from the concert and post-concert interviews of Garner and his two band members (drummer Denzil DaCosta Best and bassist Eddie Calhoun) by Will Thornbury, a recording engineer for the Armed Forces Radio Network who had taped the concert.

As for the added material, it’s just as good as the ones on the original LP.

It was only by chance that Garner’s manager, Martha Glaser, learned, after the fact, about the tape. She took possession of the recording and brought it to Columbia Records.

The new set has much clearer sound, so you can even hear the pianist grunting as he played. Garner’s airy style, like Louis Armstrong’s, communicated pure joy. He would often begin with florid introductions or block chords and then, when he would finally reveal the theme, the audience would explode in applause.

His music has the same effect on me when I listen to these recordings. As for the added material, it’s just as good as the ones on the original LP. Just listen to his romp on “Caravan” or his rendition of the ballad “Laura.”

The short interviews after the concert are especially valuable since Garner didn’t say a word to the audience.

Garner’s “Concert by the Sea” contains, in addition to timeless music, photos and informative notes on the concert.