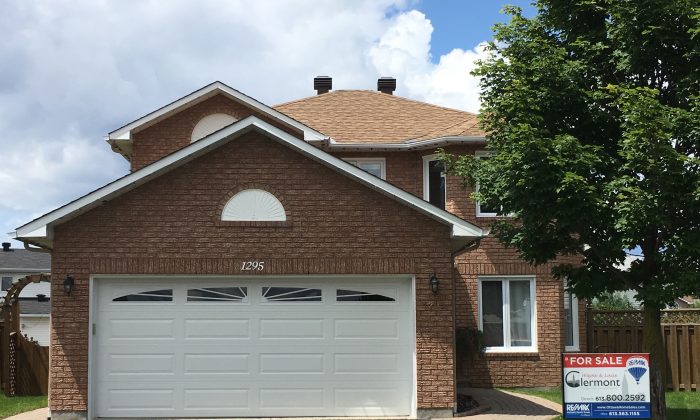 Boredom Over for Ottawa’s Housing Market

Sometimes described as boring, Ottawa’s steady housing market is slowly gathering steam without the problems seen in Toronto and Vancouver. It may be the closest thing to a perfect housing market.

Conditions in Ottawa’s housing market have tightened noticeably. Listings and inventory levels are trending downward. Sales in June were up nearly 9 percent from a year ago to nearly 19 percent above the five-year average. Almost all the price increases seen in the last year have come in the last three months.

Ottawa’s benchmark home price rose 5.2 percent in June, according to the Canadian Real Estate Association (CREA). The Ottawa Real Estate Board (OREB) reported that the average sale price for June was $434,500, an increase of 8.8 percent from June 2016.

These trends seem hardly noteworthy when compared with the 30-plus percent price increases once seen in Vancouver and Toronto, but they are far healthier and are supported by strong fundamentals.

“Ottawa continues to catch our eye, and if we could trade houses like stocks, we’d still be rotating into this market,” said BMO economists Doug Porter and Robert Kavcic in a note on July 17.

The fundamentals of Ottawa’s housing market have a pleasant lack of red flags.

As large Canadian cities go, Ottawa has a below-average concentration of highly indebted borrowers (loan-to-income ratio greater than 450 percent). The lack of this vulnerability reduces the risk of a real estate correction or crash.

Another component of a strengthening housing market is an increase in population. The net migration to Ottawa of 12,300 (2015 to 2016)  was the highest in five years, according to the latest analysis from Statistics Canada.

Ottawa’s unemployment rate of roughly 6 percent is below the national average of 6.5 percent. The city has seen a revival in the high-tech sector once dominated by Nortel. Shopify is headquartered in the nation’s capital and has seen its value rise to more than $10 billion in two years as a public company. It has over 75 millionaire employees. Other tech sectors of growth are telecommunications and automotive automation.

But Ottawa’s biggest employer is, of course, the federal government, and as it goes, so goes the real estate market. After getting through the cutbacks in the final year of the Harper government, there is more certainty about the status of jobs. Public servants are unleashing their pent-up demand, according to Rock Eisert, OREB president.

Ottawa’s housing market is not the type that would attract speculative investors—little reason to believe a quick buck is to be made here. Price increases over the last four to five years have barely kept pace with inflation. This year Eisert expects overall price increases of 7 percent.

Unlike Toronto and Vancouver, Ottawa has more areas for potential real estate development, so the supply of new homes shouldn’t be an issue—other than the lag given time it takes developers to build them.

“That could be the period we’re in now,” Eisert says in a phone interview.

Although worsening slightly, Ottawa housing is still about twice as affordable as that of Toronto. According to RBC, Ottawa housing affordability is slightly less affordable than its long-run average, but is more affordable than Victoria, Vancouver, Calgary, Toronto, and Montreal. “Such favourable comparison with Toronto may attract migrants into the Ottawa area,” said RBC in its quarterly housing affordability report.

Eisert says it’s hard to quantify how much of an impact Toronto’s housing market is having on Ottawa’s, but other cities like Windsor are benefiting far more.

Fortunately, some of the factors that drove unsustainable price gains in Toronto and Vancouver, such as lack of supply, speculation, and foreign money, are largely absent in Ottawa.

Indeed, Ottawa has a lot going for it. MoneySense ranked the nation’s capital as the Canada’s best place to live in 2017.

Given the rising interest rate environment and recent mortgage-tightening rules, price increases in Ottawa may not reach double digits, but at least the moderate price increases won’t generate talk of a bubble.