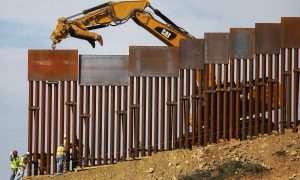 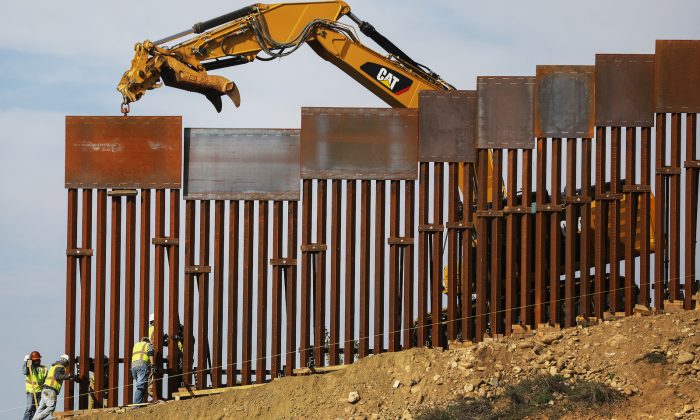 Several wives of border patrol agents have invited House leader Nancy Pelosi (D-Calif.) to visit the southern border so that she can see first-hand why a wall is necessary between the United States and Mexico.

In a letter posted to Facebook, Jill Demanski invited Pelosi to visit McAllen, a border town in Texas, a day before President Donald Trump signed a bill to temporarily end the partial government shutdown. The federal government has three weeks until Feb. 15, for them to negotiate long-term funding for border security.

“We would like to show you around! You don’t need to bring any security detail. Our husbands/boyfriends/fiances/wives/significant others are actually very good at their jobs, thank goodness! And since you see no threat here, I’m sure you can just make a quick flight down here alone,” Demanski wrote in the letter that was written on behalf of the wives of the Rio Grande Valley.

Let's get this to Pelosi!Dear Ms. Pelosi- We the WIVES OF THE RGV (Rio Grande Valley) BP (Border Patrol) would like…

Demanski, whose husband is a border patrol agent, also took the opportunity to comment on how the partial government shutdown had affected her and her family.

“We will not be grocery shopping, dropping off dry cleaning, taking our cars for oil changes, throwing our children birthday parties, or even jetting off to Puerto Rico for a few days. Heck, some of us didn’t even sign our kids back up for activities [because] it appears you are unable or unwilling to negotiate,” she wrote. The letter quickly garnered attention on social media.

During an interview with Fox & Friends, Demanski said she wanted her leaders to “come here and see what’s happening first” and “see what’s really going on” in order to make informed decisions.

“It’s important to meet with the people who are here on a daily basis, that are witnessing it—the effects of it, that it has on our country,” she said in the interview.

Democratic leaders in Congress refused to negotiate to fund for a border wall while the government was closed, calling it expensive and ineffective. Trump’s move to reopen the government is a temporary concession that returns the spotlight to Pelosi and Senate Minority Leader Chuck Schumer (D-N.Y.).

Demanski told Fox & Friends that border patrol agents have been asking for a barrier at the U.S.-Mexico border for years. She said, “now we have a president who has come here and seen first-hand the need and has had our backs.”

“[A wall] will allow them to do their job more efficiently and give them more time—if they are by themselves—have another agent meet them. It is definitely needed,” Perez said in the interview with Fox & Friends. “We just want them to come down there on the line and actually see where the argument is all about.”

Almost 400,000 people were apprehended by Border Patrol for illegally crossing the U.S.–Mexico border in the 2018 fiscal year.

In addition, Trump said Immigration and Customs Enforcement (ICE) agents arrested 4,000 illegal aliens for homicide; 30,000 for sex crimes; and 100,000 for assault over the past two years.

The president said that if lawmakers fail to come up with a legislative compromise that funds the wall during the brief reopening, he will use executive powers to secure the funds needed.

“Over the years, thousands of Americans have been brutally killed by those who illegally entered our country, and thousands more lives will be lost if we don’t act right now,” he said.