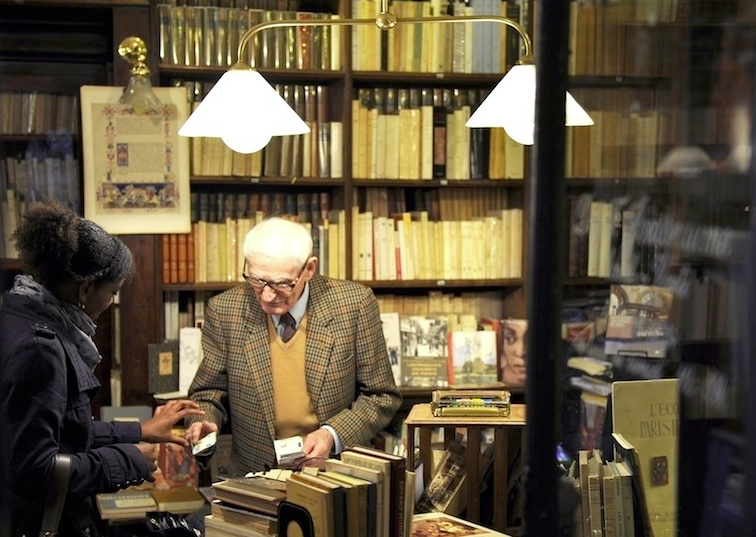 PARIS–With a dwindling turnover (10 % every year for the past 5 years) and tough competition from giant groups like Amazon, the situation of French bookstores seems bleak. Still, there is a resistance front. Although almost disappearing in the UK and the United States, France still counts around 2,500 stores that sell books as a main activity. What could explain this economic exception?

“With such catastrophic results for several years, the economic logic would be that quite a few bookstores should have been closed,” Gabriel Giraud told radio station France Info. Mr. Giraud is the author of a study on the book market. “The resistance in this sector is unprecedented.”

In the UK and the United States, bookstore owners are about ready to turn the page. According to a New York Times report, the American company Amazon sells 41 % of new books and owns 65 % of the book market shares in the US.

According to the same report, there is no doubt that the giant companies are responsible for the drowning of independent bookstores. In the UK, “a third of the bookstores have been forced out of business these last 10 years because of discounts offered in department stores or by Amazon.  Often more than 50 % is cut from the original price.”

Kindle Unlimited, the last Amazon hit, is a kind of Netflix for books. It gives unlimited access to digital books for as little as $9.99 a month. This option hasn’t reached France yet. In France, the digital books market is lead by the startup Youboox which proposes an online library of 55,000 titles to its 4 millions of members.

Despite the increasing pressure, what can explain the sustainability of the bookstores? Their survival relies on French legislation.

Laws in favor of bookstores

A law entitled “anti-Amazon”, has been passed recently. Since July 8, this law forbids companies to offer book shipping free of charge. This measure was largely approved of by the French Senate on June 26 and adds to a series of laws trying to protect small bookstores from the giant companies.

In 1981, the Lang Law set a unique price for books: the price is fixed by the editor and discounts can’t exceed 5 %. When selling books, the booksellers can also request editors to give them a larger part of the benefits.

The book, ‘an exceptional cultural good’

Why is there such a will to protect bookstores? Pamela Druckerman, reporter of the New York Times, has this cultural approach: “This French law on books is not only an economical question but also a point of view on the world. French people consider the book as an exceptional cultural good.”

This theory seems to be confirmed by Gabriel Giraud’s report which points out that booksellers are so passionate about their work that they are willing to make sacrifices far beyond economical considerations. “For them, profitability is not a goal in itself. Even with ridiculously low benefits, some maintain their activity for years. Even at the cost of not paying themselves anymore.”