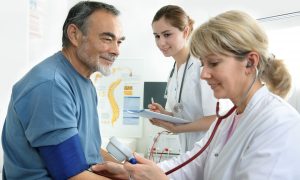 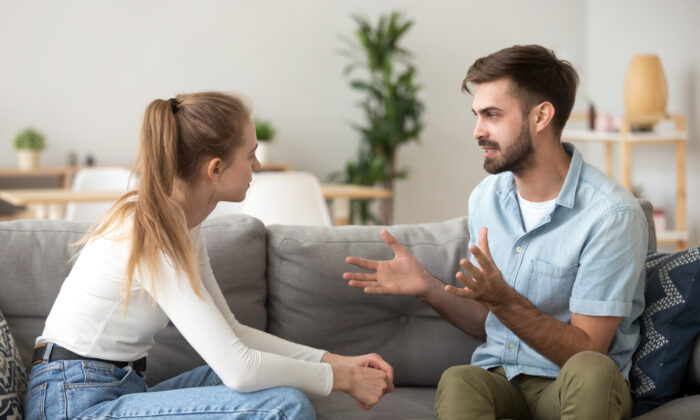 There's an epidemic of loneliness in our country and poor listening skills are a contributing factor. (Von fizkes/Shutterstock)
Literature

Book Review: ‘You’re Not Listening: What You’re Missing and Why It Matters’

Ask yourself: Are you lonesome?
By Linda Wiegenfeld
Print

“Who listens to you?” Ask yourself that question and then answer it honestly.

That question is what Kate Murphy, the author of the book “You’re Not Listening: What You’re Missing and Why It Matters,” asked when doing her research. She put this question to people of all ages, races, and classes. Almost without exception, what followed was a pause. The lucky ones could come up with one or two people, but most respondents didn’t feel like they had anyone who truly listened to them, even those who were married or claimed a vast network of friends and colleagues.

People get lonely for lack of listening. Murphy says:

Psychology and sociology researchers have begun warning of an epidemic of loneliness in the United States, calling it a public health crisis, as feeling isolated and disconnected increases the risk of premature death as much as obesity and alcoholism combined. The negative health impact is worse than smoking 14 cigarettes per day. Indeed, epidemiological studies have found links between loneliness and heart disease, stroke, dementia, and poor immune function.

Murphy’s book is more than a warning about this problem. She defines the problem, suggests solutions for it, and ends up encouraging readers to become better listeners with renewed curiosity for what a speaker, always a unique individual, has to say.

Today we live in hurried times, Murphy says. We’re bombarded by technologies such as websites, apps, video games, and social media platforms. The mere presence of a phone on the table—even if it’s silent—makes those sitting around the table feel more disconnected and disinclined to talk about anything important or meaningful, knowing that if they do, they will probably be interrupted. Murphy points to research conducted by Microsoft that found that since the year 2000, the average attention span dropped from twelve to eight seconds.

Murphy also states that several studies of caregiver-child interactions in public spaces like playgrounds and fast-food restaurants found that the vast majority of caregivers ignored their children in favor of their phones. Pediatric experts say that such behavior impairs children’s development, which depends on being attended to by their parents. People tend to listen as they were listened to as children, and that means the screen generation now coming of age may have greater difficulty connecting with others.

Murphy promotes active listening. She paraphrases the ideas of Carl Rogers, one of the most influential psychologists of the 20th century, who says that in conversation, people rarely tell you something unless it means something to them. Therefore, the listener should work on understanding the intent and meaning beneath the words. Good listeners, rather than getting mired in their own thoughts, insecurities, and superficial judgments, pick up on the subtext of what people say.

Learning Through the Examples of Others

Sprinkled throughout the book are fascinating examples of good listeners. Among these are a CIA chief interrogator, those in focus groups, marriage counselors, superior salesmen, and improvisational actors.

If you want to truly listen, have a receptive physical space as well as a receptive state of mind. Put your computer to sleep, choose quiet restaurants, silence your phone and keep it out of sight when you want deep talks. You can find a park bench, take a walk on a quiet street, or just duck into a doorway away from the stream of pedestrian traffic to have a word. These are ways of signaling your willingness to listen.

Practicing the Right Kind of Talking About Others

There’s a world of difference between talking about other people’s observed behavior to try to understand it and betraying someone’s trust by divulging private matters. People will not confide in a person who divulges what the speaker wants kept secret.

The speaker needs to take into account that not everybody has the same interests or level of understanding. You need to discern and respect those differences or risk boring or aggravating people or making them shut down.

When listening, it is better to listen to how people feel than try to convince them to feel differently. Listening to opposing viewpoints is a good way to grow as an individual: Accept the legitimacy of the other person’s point of view and that you might have something to learn from it.

The listener should try to give the speaker a chance to get a point across. Don’t shut down the speaker too soon.

Murphy’s book is timely: The more connections made in a disconnected world, the better. Especially in this moment of social distancing, social support networks are crucial. Just because people are apart physically does not mean they need to be separated mentally or emotionally. Now more than ever, we need to find ways to listen to each other.

‘You’re Not Listening: What You’re Missing and Why It Matters’
Kate Murphy
Celadon Books
288 pages