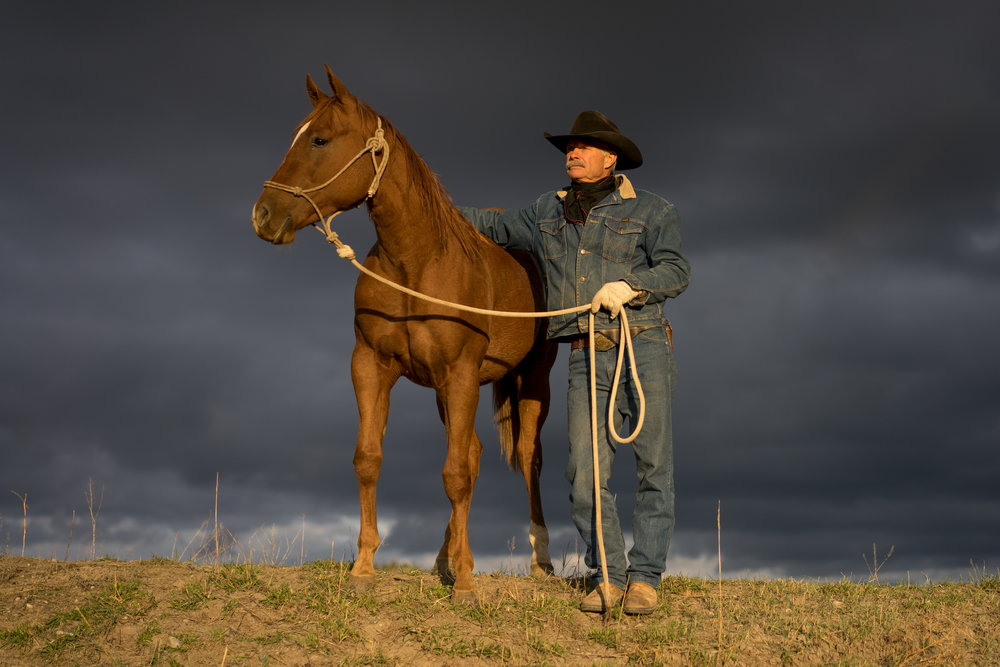 Book Review: ‘Think Like a Horse: Lessons in Life, Leadership, and Empathy From an Unconventional Cowboy’

I have an affinity for horses. While I haven’t owned one, I’ve ridden, taken lessons, fallen, and hope (after a number of years) to be in the saddle again atop a faithful mount.

One of my friends here in Virginia, Shari Goodwin, owns several horses. As a horsewoman of more than 25 years, she has reinvented herself as a business strategist, author, coach, and mentor, using her four-footed friends to show others about learning to trust, having confidence, taking risks, and living more meaningfully.

Several years ago, she purchased a former racehorse, Lemon Squeezy. Perhaps he was slated for a sad future, but she rescued him and he’s now one of her stars in the arena. She saw in him what others weren’t seeing, and it paid off.

In Pursuit of Greatness

In Grant Golliher’s “Think Like a Horse,” there are many similar moments when he sees a horse in the rough but still radiating light. Over the years, he’s gotten better and more astute at picking up a horse from a kill pen, sensing the extraordinary life trapped in a cruel fate. He’s seldom wrong.

Often working with traumatized or abused horses, he gets them to calm down, accept a saddle and eventually a rider, and does it without the use of force. Over the decades, he has garnered the accolade of “horse whisperer,” and his talents have been sought out as a trainer.

The more he’s around and works with horses, the more he finds that he’s learning as much from them as he is trying to impart. Invaluable lessons about communication, boundaries, trust, fairness, and heart work for horses and, in turn, affect him.

Why not apply all of this horse-sense training to humans?

Golliher was working with polo ponies in California when, dissatisfied in his professional and personal life, he made a change.

Today, Fortune 500 executives, celebrities, federal judges, professional coaches, and families flock to Wyoming every year hoping to reap the benefits of his transformational sessions. Golliher is the owner of historic Diamond Cross Ranch in Jackson Hole. Some observe from the other side of the fence, watching him train. Others engage hands-on in the ring. The experience is like no other. Some firms send their management teams multiple times.

Golliher is often told by executives that when they watch him work with the horses (or have a chance to work directly with a horse), they see glimpses of their own leadership style. Perhaps they are too impatient with their team. Perhaps they emphasize the negative too much. Perhaps they are overly critical and their behavior doesn’t elicit trust.

One executive took it very personally recognizing that his relationship with his son could be dramatically improved. “As he observed the transformation of the unruly colt, he wondered what it would be like to base his relationship with his son on these principles. To trust first. To praise the good and not be drawn into the drama when things went bad. To remain calm, confident and consistent.”

Being a “horse whisperer” is often seen as possessing some magical powers. It was an Irish horseman, Daniel “Horse-Whisperer” Sullivan, in the 19th century, who made a name for himself in England by rehabilitating horses—difficult horses that had become vicious and intractable from trauma or abuse. The term has its origins with him.

Golliher, while he gladly accepts the reference, hasn’t seen anything particularly mysterious about his approach. His lessons are fundamental and ageless, and they work for horses and humans. It’s a powerful tool for reinventing relationships; there is so much to be learned and applied to one’s daily life.

And what a glorious setting for the classroom: the beauty of the West.

Golliher has made a legacy of his innate ability to connect with horses—to see beyond their rough edges, matted coats, wild eyes, and laid-back ears—and see a strong, resilient spirit waiting to be tapped, waiting to trust, and choosing to be a cooperative partner.

It’s all about relationships: horse to horse, human to human, horse to human. Often through tears and trauma, respect and friendship yield triumph and the soaring of the spirit, whether animal, human, or both.

In “Think Like a Horse” each chapter is short, crisp, written with an obvious caring heart, and eloquently introduced by a stunning photo and an insightful quote from the likes of Herman Melville, Peter Drucker, and Lao Tzu, among others.

The chapters read easily, each describing an event with a particular horse and how that experience enriched his knowledge of both the horse and himself. He’s a cowboy for sure and cherishes his time in the saddle, being on the range, and being surrounded by those he loves.

Just as he does with his animals, Golliher consistently reinforces his lessons through repetition. It works well as a literary tool—to be reminded of his insightful snippets—because, no doubt as you are reading, you’ll pause and think to yourself: “That makes good sense. I want to remember that.”

Respect comes before friendship.
Make the right thing easy and the wrong thing difficult, and give them the freedom to choose.
Honor the slightest try and the smallest change.
Be slow to take and quick to give.
Always quit on a good note.
Don’t mistake kindness for weakness.
Forgiveness is a choice—but not always an easy one.

And the list goes on. Each of these powerful phrases that Golliher has created is the result of learning from and sharing stories about the many horses he has encountered.

Sharing those stories and applying them to humanity is his life’s work.

It doesn’t matter if you aren’t a horse lover. There are many lessons to be learned from this unconventional cowboy who has much to share about how we can better relate to one another.

‘Think Like a Horse: Lessons in Life, Leadership, and Empathy From an Unconventional Cowboy’
By Grant Golliher
G.P. Putnam’s Sons, May 31, 2022
Hardcover: 272 pages