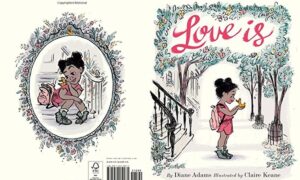 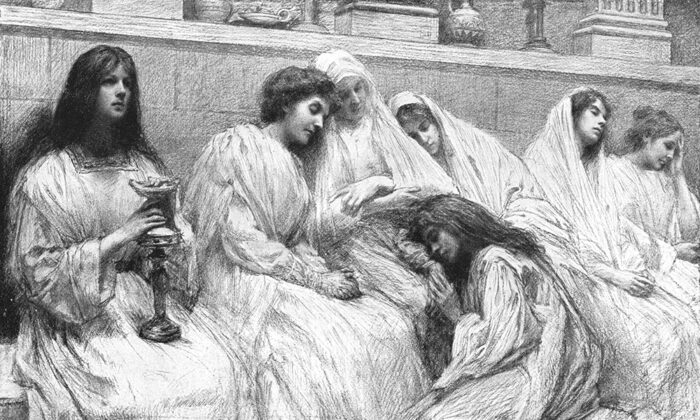 Fox News Channel anchor Shannon Bream aims to give a voice to the women of the Bible. An illustration of the "Parable of the 10 Virgins," by Eugene Burnand, from his 1908 “The Parables” published by Berger-Levrault. (PD-US)
Literature

Book Review: ‘The Women of the Bible Speak: The Wisdom of 16 Women and Their Lessons for Today’

According to ListChallenges, for the last 50 years the Bible has been the most read book in the world. The religious see the Bible as a gift from God to better themselves spiritually; the historically minded see this book as a way to explore ancient culture. Still others are drawn to the Bible for its wisdom, as a means for inspiring imperfect humans to find a better way. Finally, the Bible is refreshing to read in today’s chaotic world.

In her latest book, “The Women of the Bible Speak: The Wisdom of 16 Women and Their Lessons for Today,” Fox News Channel anchor and chief legal correspondent Shannon Bream confronts the idea that women play only a minor role in the Bible, and in so doing, she gives biblical women a voice.

As a common thread, Bream organizes these women into biographical pairs and includes excerpts straight from the Bible. She pairs them in chapters such as “Rachel and Leah—Sisters and Rivals,” “Tamar and Ruth—Outsiders,” “Deborah and Jael—Women of Valor,” “Esther and Rahab—Unexpected Heroes of Faith,” and “Mary, the Mother of Jesus and Mary Magdalene—Witnesses to the Gospel.”

The last chapter, “Jesus and The Women,” demonstrates that there is no room for sexism, class distinctions, or racism in the kingdom of God. On the contrary, the message of salvation is at the center of everything.

Her point in using pairing, she says in her book, is so “that when we hold one life next to the other, we can see things we might not have seen otherwise—ways the women are alike, ways they are different, ways in which one woman’s life might speak to another’s.”

Following each biographical sketch, Bream presents her own interpretation of the women and their stories. Her sound insights are well thought out, but I found some of her pairings a little forced, and chose to judge each woman on her own.

All the women she writes about are fascinating, but three really stood out for me. Ruth, Esther, and Deborah were strong women with attributes still admired today.

Ruth and Orpah (Moabites, not Jews) together with their Jewish mother-in-law Naomi had all lost their husbands.  Naomi planned to return to Judea since the famine there, which caused her to leave, had ended. Her two daughters-in-law begin the journey with her, but Naomi urges them to return to their families. Orpah does so, but Ruth refuses to leave Naomi, telling her that she will stay with her and assimilate to Naomi’s homeland. Ruth is remembered for her devotion and loyalty.

Although Esther is a Jew, her story takes place entirely in Persia. King Xerxes divorces his wife when she refuses to obey him, and Esther, hiding her Jewish identity, is chosen as the new queen. Later, the king’s new adviser, Haman, wants all the Jews killed. Urged to stop the massacre by her cousin Mordecai, Queen Esther does so but at great personal risk. The Jewish holiday Purim celebrates this story, and Esther will be forever known for her bravery.

Deborah is a role model for the ages. As a judge, her work required more than just the handing down of legal pronouncements. At the time, a judge played a spiritual role as well as a legal one, and most certainly was a position of leadership. Deborah also became a military leader who inspired the Israelites to a mighty victory over their Canaanite oppressors. She’s remembered for courage and wisdom.

Each chapter ends with provocative questions to further focus the reader on Bream’s points. These questions not only allow the readers deeper understanding of each woman but may also illuminate their own lives.

I explored study questions with my sister, Carol Wiegenfeld, an occupational therapist who has worked with people in many capacities. I welcomed her perspective and believed the interactive experience would be enjoyable. It was.

Although Carol and I have never been that competitive, we discussed the questions in the section “Rachel and Leah—Sisters and Rivals.” We answered the questions literally, finding the particular biblical passages online, and made sure to include historical context. We then expanded our discussion to include arranged marriages versus those based on love. We also discussed how the women saw themselves as valuable only if they could have children.

After we finished, I thought of the words of author Robert Heinlein: “A generation which ignores history has no past and no future.”

‘The Women of the Bible Speak: The Wisdom of 16 Women and Their Lessons for Today’
Shannon Bream
Broadside Books
March 30, 2021
256 pages, hardcover