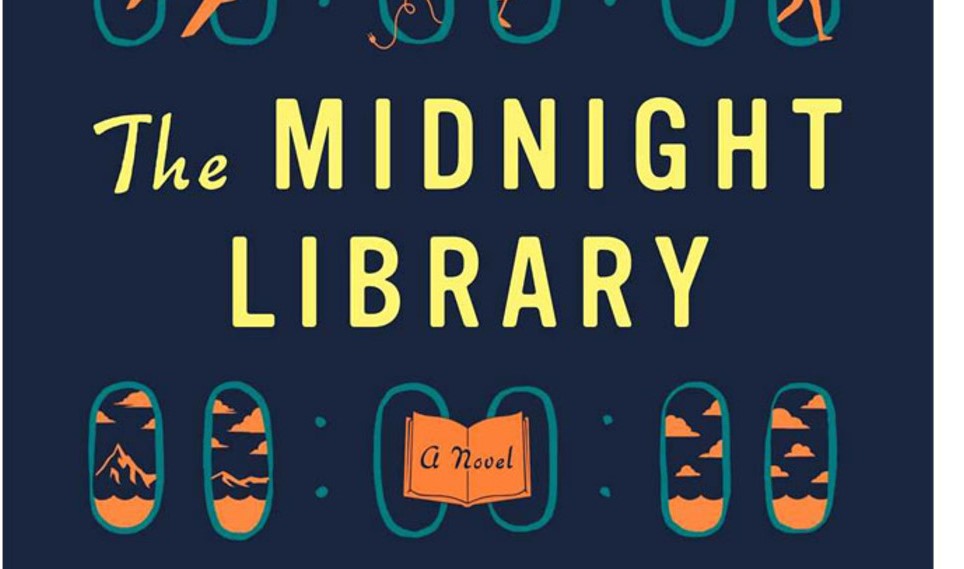 A sad and depressed young woman contemplates taking her life.

She is full of regret and has chosen to be more self-critical than self-congratulatory. She’s lost people close to her. Her cat has died. Her work is unfulfilling. Her relationships are crumbling.

Matt Haig’s “The Midnight Library” starts out on a dreary and depressing note as readers are introduced to Nora Seed, who has decided to retreat from her unhappy world by committing suicide.

As the hours and minutes tick closer to midnight, Nora writes a note to whomever, reiterating her hopelessness and inability to offer anything of value to anyone and that she makes life worse for people.

Nora falls into unconsciousness. Readers may think the deed done.

But then she awakens and, as the mist clears around her, she finds herself in front of a large building, a library. Inside is Mrs. Elm, an older woman whom she recognizes as the school librarian of her youth.

If this is death, it is a strange reality. Nora figures that she isn’t even able to be good at that. Living was incomplete, and perhaps dying is incomplete as well.

Mrs. Elm, like some kind of fairy godmother or guardian, offers some assistance:

“‘Between life and death there is a library,’ she said. ‘And within that library, the shelves go on forever. Every book provides a chance to try another life you could have lived. To see how things would be different if you had made other choices … Would you have done anything different, if you had the chance to undo your regrets?’’’

In this place, this library with endless shelves of books, Nora finds herself faced with many more decisions about life and death. Every decision, large or small, will have its consequences. The books offer her glimpses, insights into what might have been or perhaps is yet to come.

Haig, the author of “Reasons to Stay Alive” and “How to Stop Time,” may be dabbling in parallel universe theory (a great discussion for all the book clubs around the country) as Nora begins pulling out various volumes with lots of “what if” scenarios.

Up to this point, Nora’s choices, for her, have always led to the dark side. She is riddled with regret, guilt, and longing and has opted for falling into a black hole of her own making.

Perhaps she should have married her fiancé. Or maybe she should have stuck with her brother and their friend Ravi with their budding band rather than bailing. Certainly, she could have been a better cat owner or been decent to her parents. She had entertained being a competitive swimmer, and a dear friend wanted her to visit Australia.

In one of the books, Nora finds herself a glaciologist (a career that she had thought might be possible for her) until she comes face to face with a polar bear. The bear bears no malice toward her; she is just food.

In this in-between place, she realizes that she does not want to die but she’s in this scenario. How to get back to the safety of the library?

While Nora is on this journey of discovery—some books lasting minutes, others hours, and others even several years—she encounters another character who appears to be on the same journey as herself.

In the Midnight Library with Mrs. Elm, who often comes to the rescue to pull her back or urge her onward, Nora lives many hundreds of different lives.

She’s given the gift of perspective over and over again in a multitude of different settings, timeframes, and with different casts of characters.

Along with lots of metaphors and symbolism, Haig throws in several philosophers throughout the book, such as Bertrand Russell, Henry David Thoreau, Lao Tzu, Jean-Paul Sartre, and others. He weaves their respective philosophies into her mindset.

Haig is good at digging into the human heart. He has empathy for the human condition: the joys and the sorrows, the light and the dark.

Time starts to run out for Nora and her book browsing. This in-between place is not a sustainable reality.

“The Midnight Library” was published in 2020. It has remained on many bestseller lists for more than a year. There’s good reason for this when you get to the last chapters and discover Nora’s final choice.