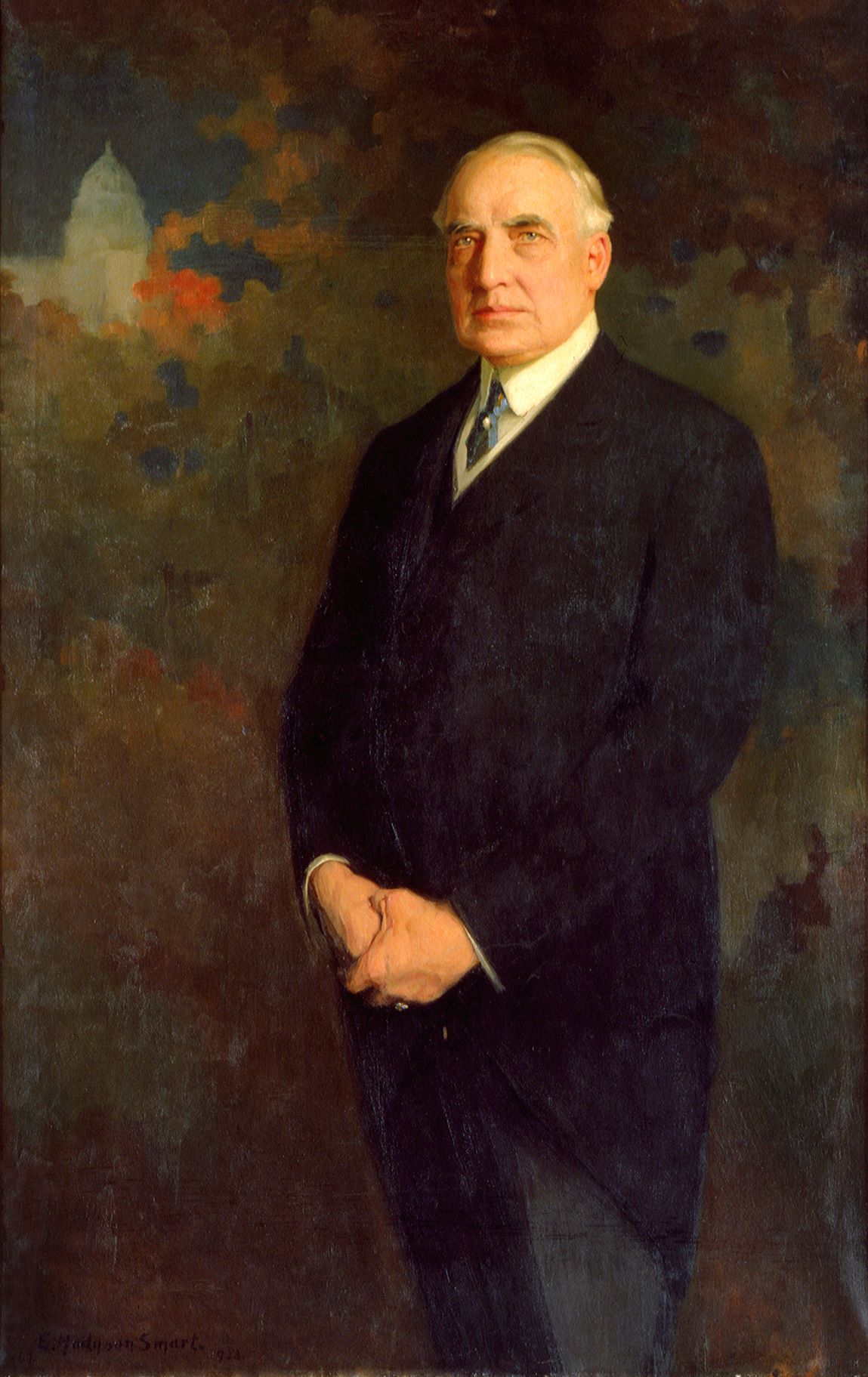 A reconsideration of the Harding administration
BY Dustin Bass TIMEMarch 18, 2022 PRINT

When it comes to ranking presidents, Warren G. Harding’s name is typically found somewhere near the bottom. The conservative president who followed up the hyper-progressive administration of Woodrow Wilson is oft-remembered for the scandals that followed his untimely death in office. Ryan Walters, author of “The Jazz Age President: Defending Warren G. Harding,” makes the case that the scandals weren’t a result of his doing and that his name should move up the rankings toward the good, if not great, presidents.

The author lightly touches on Harding’s time as a senator from Ohio, but primarily focuses on the few short years of Harding’s administration and how he dealt with what he inherited from the Wilson administration.

Walters discusses the lies and slander that afflicted the start of the Harding administration and even before, which the author claims were spread by friends of Wilson and progressive journalists. The author utilizes quotes from disgruntled Wilson allies and journalists who claimed Harding was chosen by powerful Senate bosses to become the Republican candidate, and then contrasts that with quotes from senators of that day, as well as historians who have worked to debunk such claims.

Walters focuses on the prediction made by then-presidential campaign manager Harry Daughtery that the senators would eventually choose Harding. Daughtery, known for being a rather unscrupulous character, had unwittingly sealed the fate of Harding’s reputation in some circles. But Harding, according to the author, wasn’t controlled by the Senate.

Walters works to deny those claims by utilizing moments in Harding’s presidency when he defied the Senate, starting as early as his cabinet selection of Herbert Hoover, which many Republican senators poo-pooed.

But more than debunking claims about a Senate-controlled executive, Walters discusses in short order how Harding quickly turned the abysmal post-war economy around, and how he worked to patch race-relations in the United States (after a very violent 1919–1920 span) and relations between America and Latin American nations. All three of these issues presented themselves due in large part to a progressive administration under Wilson. In some ways, the recent Trump presidency, which embraced an “America first” agenda, is an echo of Harding’s.

The author doesn’t simply pull in claims from journalists, politicians, and talking heads. He pulls in the numbers and the results that help propel his position and makes his argument rather convincing.

Throughout the book, Walters discusses Harding’s character and his likability from supporters to detractors alike. He is presented as a man who cared about people―specifically the working class―and the country itself. He loved America and wanted what was best for it, according to Walters.

His downfall, at least in the eyes of many contemporaries and modern historians (at least those who like to rank presidents), stemmed from his selections of cabinet members and others who worked closely with him. Though some have claimed that Harding was personally involved and profited from the various scandals, “The Jazz Age President” provides other possibilities: Harding was a bad judge of character, he was naïve, or he was simply a president who was deceived and taken advantage of by his friends.

Walters points out that when the scandals erupted, Harding began to address them, but before he could address all of them—as he did Charles Forbes and Jesse Smith with the Veterans Bureau scandal—he died. Walters defends Harding as a president who was not scandalous, but rather surrounded by several scandalous men.

Would Harding have addressed and corrected all those scandals? We will never know, but the author tries to point the reader toward the conclusion that he very well might have. Walters establishes in his book a man of character and good nature, and that allowing scandals that fed off taxpayers would have been against the president’s nature.

A Starting Point for Harding

This book on Harding isn’t an exhaustive biography, nor is it intended to be. Indeed, it’s a rather short book. The goal of the book, according to the author, is to give readers a chance to view Harding in a different light than the one he is constantly presented in.

The book is definitely worth reading in order to fend off the flippancy with which so many historians, and faux historians, like to label Harding. There is also a lot of good information about the 29th president and his administration detailed in the work. The book demonstrates the fact that just because a president is ridiculed in the media doesn’t necessarily make those claims true.

For those looking for a short, yet insightful work on an oft-overlooked and undermined president, “The Jazz Age President” is a worthy choice. For all the negatives that have surrounded Harding over the past century, Walters shows that the positives might far outweigh those negatives.