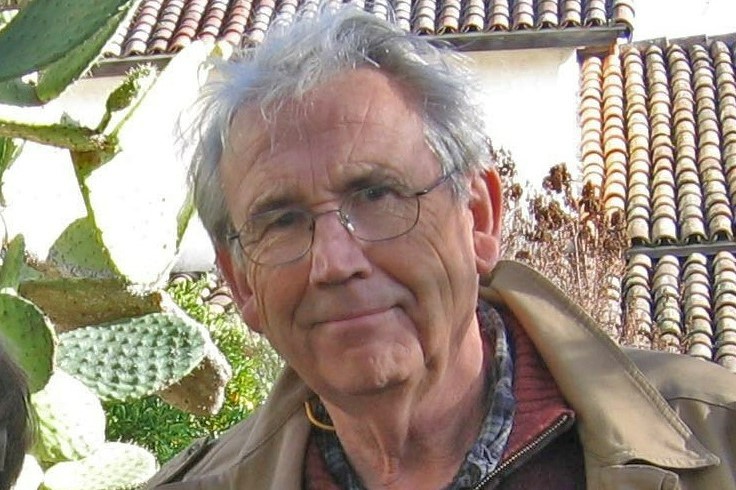 Professor John Ellis believes we can do something to stop the direction of higher education. (Courtesy of John Ellis)
Books

Book Review: ‘The Breakdown of Higher Education: How It Happened, the Damage It Does, & What Can Be Done’

How campuses have become hostile to learning
BY Dustin Bass TIMEMarch 12, 2022 PRINT

There’s no doubt there’s plenty wrong with higher education today. From the lack of free speech on campuses to far-left indoctrination to an abysmal ratio of conservative-to-liberal professors to the exemption of U.S. and military history in universities, one easily runs out of fingers when pointing out all of the things that have gone awry at the institutions created to better the next generation.

But how did it get this bad?

John M. Ellis, who has taught at the University of California–Santa Cruz for more than 50 years, has put together a book that identifies the moments when U.S. campuses for higher education became campuses for political activism. “The Breakdown of Higher Education: How It Happened, the Damage It Does, & What Can Be Done” isn’t a sobering book; it’s a downright upsetting one. Sobering would be to identify a problem that’s still in its early stages. This book is utterly upsetting because it places before the reader the fact that this problem has matured into a catastrophe: It truly is too late to make the necessary adjustments within universities to turn the ship around. The ship is aground!

Ellis breaks down how university administrators across the country—from the prestigious to the not-so-prestigious universities―have acquiesced to the demands of radical students, whether in violent protests or shout-downs of guest speakers (typically conservative).

His argument isn’t that there’s a fear of the students, but rather that these administrators “have the same judgments and attitudes” as the students. Conservative faculty and staff who may feel an inkling to stand up against such actions are threatened with disciplinary action and are at times, as demonstrated in the book, intimidated to the point of resignation.

How It Got This Bad

The news media sometimes broaches the topics of universities (that is, students) out of control. Shouting at teachers, taking over classrooms, and outright radical foolishness that, as Ellis suggests, “we expect universities to remedy.”

However, the breakthrough into this breakdown didn’t start with the turn of the 21st century. Ellis pinpoints a culmination of three things that took place in the 1970s that have led America’s intellectual pillars to the point of crumbling. Those three things are the Vietnam War, the Civil Rights movement, and the massive expansion of colleges and universities across the country.

The debate over U.S. involvement in Vietnam—or at least the extent to which the United States prolonged its involvement—is still debated. But the Civil Rights movement and the expansion of higher learning institutions are viewed (accurately) as positive moments. The unfortunate part of each of these three moments is that they swung the door wide open to allow radicals in, according to Ellis’s book.

It wasn’t enough to be against the war in Vietnam: One was encouraged (demanded by some radicals) to protest it, which primarily took place on college campuses. It brought about a strong anti-American sentiment that was ultimately taken out on weary soldiers coming home from the war.

The Civil Rights movement, for all its positive outcomes, provided far-left radicals and radical groups a way to engage students and plant the seeds of resentment against their own country. Despite the major steps that were taken in the quest for equality, radical ideologies proclaimed by Marxist teachers and intellectuals sought to undermine any actual progress made in race relations, continually reverting to and focusing on the negatives of the past.

Then there was the massive growth of colleges and universities across the country, which created a vacuum of faculty and administrative staff. These professors, intellectuals, and radicals helped fill that vacuum. From there, students were slowly indoctrinated with Marxist thought, anti-American sentiment, and socialist tendencies.

That slow indoctrination has increased dramatically over the decades, as the ratio of liberal to conservative professors has become extremely lopsided. Ellis points out that the ratio went from nearly two to one in 1969 to five to one in 1999, to an astonishingly high eight to one in 2006, and now more than 12 to one.

The author makes it clear that faculty lounges and classrooms have become nothing more than echo chambers, respectively, for professors to bounce ideas off each other and for professors to force those ideas onto the students.

Ellis does provide a way for the United States to alleviate the problem. It isn’t an easy solution. Universities are required by law to ensure that their campuses aren’t used for political propaganda, specifically in the classroom. Administrations simply need to have their feet held to the fire to ensure that these instances no longer occur. Doing that would require the threat of legal ramifications coming from students, citizens, and elected officials.

Another method is one that seems rather obvious. Stop sending students to college, at least those students who are aiming toward a career that doesn’t require a degree. Ellis notes that there has been a significant drop in students going to college. He senses that many Americans have awakened to the issues at hand and that the financial burden young people are saddled with has assisted in opening people’s eyes.

A Must-Read for Parents of High School Students

America’s higher learning institutions sadly must be bled in order to eliminate the poison that has infected them, and if that means bankrupting many institutions, then Ellis is on board. When it comes to citizens, I hardly think he’s alone in that regard, although he may be one of the few believers who are in the faculty lounge.

‘The Breakdown of Higher Education: How It Happened, the Damage It Does, & What Can Be Done’
By John M. Ellis
Encounter Books, Aug. 10, 2021
Hardcover: 240 pages