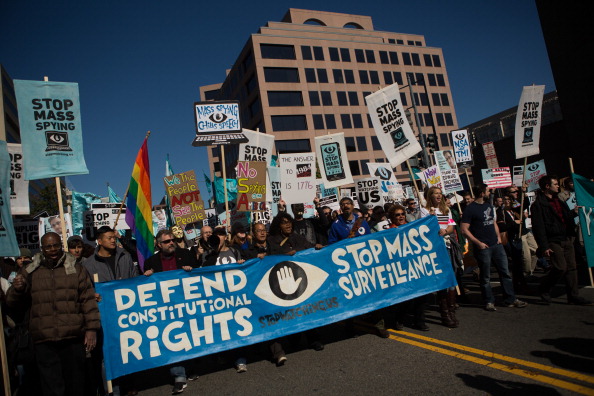 Book Review: ‘The Bodies of Others: The New Authoritarians, COVID-19 and The War Against the Human’

Dr. Naomi Wolf, in her new book, “The Bodies of Others: The New Authoritarians, COVID-19 and The War Against the Human,” writes a fascinating account of her experiences, fears, and challenges during the COVID period of 2020 through the beginning of 2022.

Her main concern in the book is the erosion of American freedoms and basic human rights. She feels that extraordinary powers have been given to elitist minorities and global bodies. She talks about how American freedoms are vanishing.

Many of the new authoritarians are from metanational organizations founded after World War II, such as the World Trade Organization and the United Nations. These groups have created a global elite of policymakers, nonprofit leaders, and bureaucrats who don’t have American core values at heart and operate on a global scale beyond a unitary culture.

Wolf says America has been hurt. She talks about a blueprint that the new authoritarians have put into action to crush Western economies, and to steal the assets of the working and middle classes.

Wolf asserts that mass vaccination with a substance that was incompletely tested helps this plan because it facilitates control of the masses and leads to the imposition of vaccine passports. Individuals having to show their papers everywhere they go is what is done in police states. These passports represent a digital identity system similar to that used in communist China.

Wolf writes extensively about how disease outbreaks in the past were always handled differently than the COVID-19 crisis was. For all the devastation that past crises wrought, civilization and commerce were not brought to a standstill. Nor were fear and misinformation disseminated in the past. Lockdowns were nonexistent.

She also discusses the enormous psychological toll that lockdowns and masking have taken. These actions resulted in fear, cabin fever, generations piled on top of one another in a small space, and alienation engendered by computer screens.

Add to this, the problem of having to wear a mask just to go out in the fresh air and exercise outside the house. As a result, many people grew pale, fearful, obsessive, phobic, and sad. Others got sick and some died.

She states that the tech community reared its ugly head by trying to replace what is real with a fake virtual version of reality. Social media took the place of real talking. Amazon persuaded people that it was not fun or worthwhile to go the local supermarket or just window shop. Etsy and Craigslist were competing with the excitement of country drives and finding real garage sales. Nintendo replaced playing sports.

The wellbeing of children and how they are affected is very concerning. The lockdowns and masks have limited children’s opportunities to play, and restricted their capacity to see faces and interact socially. They shy away from touch. They have been kept from school. The youngest generation has paid a disastrous price, and it is not over. Parents who step up to question these limitations are called terrorists.

The War Against Humans

I feel that the best part of the book comes when Wolf talks to the reader, human to human, about the dehumanizing of society. She sees clearly the authoritarians’ intention to divide and, even worse, dissolve human society.

Identity politics caused a rapid acceleration to reach the goal of pitting people against each other. Then came a new twist: medical apartheid. Mainstream media (MSM) hailed the vaccinated as heroes; they were seen to be superior. Despite the so-called vaccine’s deteriorating efficacy, MSM began a rigorous marketing campaign for “boosters.”

All aspects of daily life became increasingly complicated for the unvaccinated. Companies fired some, agencies restricted their opportunities for travel and entertainment, and their friends left them. Some people went as far as to call for denying the unvaccinated medical procedures and care.

Not vaccinated for medical and personal reasons, Wolf was subjected to the segregation. Among the indignities she experienced was not being allowed to participate in social events that she had participated in before, having a close friend of 40 years refuse to sit with her in a restaurant, exclusions from organizations, and not being able to go to the graduation of a loved one. Wolf says, “Cruelty became as contagious as any disease.”

Two stories tell of the cruelty she experienced. When Wolf was in New York, she ate in places reserved for the vaccinated. She was questioned and made to feel very uncomfortable. She was not penalized, but it was a real possibility.

On another occasion during the lockdown, Wolf decided she did not want to do weekly Shabbat services by Zoom. She had just moved and didn’t know the members of her synagogue. She asked if they could set up folding chairs at a respectable social distance from one another in the parking lot outside the temple. She thought this was reasonable, as Jewish life had survived for more than 4,000 years under the most hostile of conditions. Her wish was not granted.

In the end, what Wolf describes in her book is a spiritual battle where “one side is wrestling for the human soul by targeting the human body that houses it, a body made in God’s likeness: the temple of God.”

Wolf attended Yale, where she received a bachelor’s degree, and Oxford University, where she obtained her doctorate. According to the description on LinkedIn, she is a CEO of DailyClout, a data-driven civic and news company. She is also a nonfiction writer who has written eight international and New York Times bestsellers. She has had four syndicated columns.

Wolf gained national recognition as an outspoken feminist with “The Beauty Myth” (1991) and once supported high-level Democratic politicians. Despite penning many books, many of which were bestsellers, Wolf does not live in an ivory tower. She often speaks out on her website, DailyClout, and publicly joins protests on issues she cares about.

I recommend readers check out Wolf’s DailyClout for latest information about the released Pfizer documents that give the full story on the COVID non-vaccine.

‘The Bodies of Others: The New Authoritarians, COVID-19 and The War Against the Human’
By Naomi Wolf
All Seasons Press, May 31, 2022
Hardcover: 350 pages