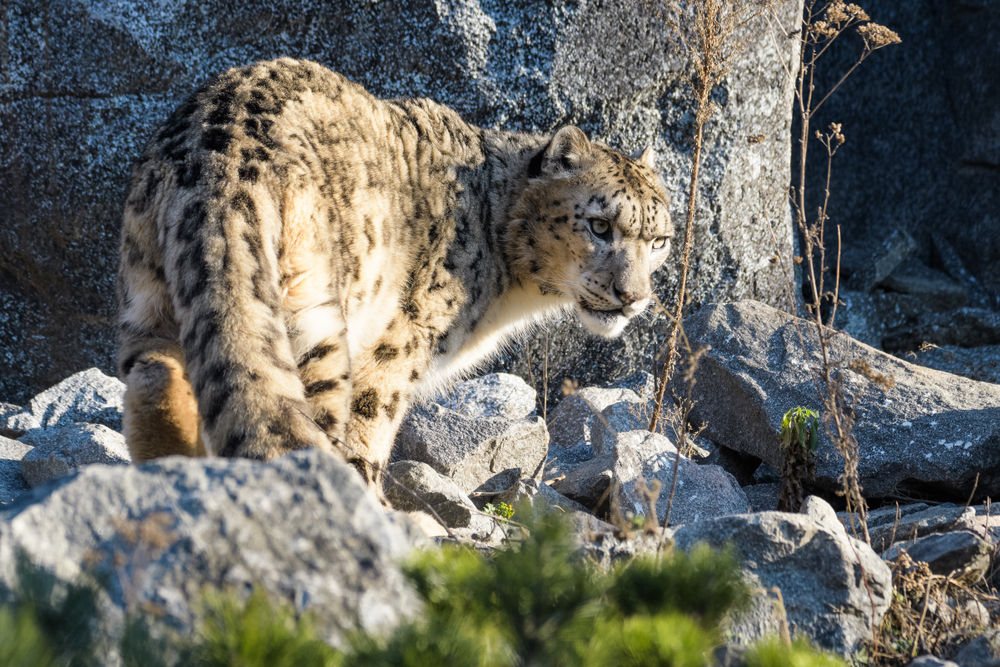 The snow leopard blends deftly against the high rocks where it prefers to roam. (Thorsten Spoerlein/Shutterstock)
Books

Book Review: ‘The Art of Patience: Seeking the Snow Leopard in Tibet’

The title of this book popped up in one of those elegantly printed catalogs that appear unexpectedly in your mailbox and demand perusing. This one immediately caught my attention.

Snow leopards. Tibet. Being in the wilderness. Following vicariously in the footsteps of an adventurer. Being cold, actually being very cold, and finding joy.

While certainly not a prerequisite for discovering this intriguing read, the experience is enhanced if the weather is chilly outside and better yet if there is snow on the ground. Cold weather can set the mood to enjoy and learn from Sylvain Tesson’s beautifully written narrative about his trek to Tibet and the myriad of emotions and thoughts that run through his psyche.

He takes the waiting game to a new level, as persistence and patience are the calling cards for those desiring to see wild animals in their native habitat—not just any animals but those whose numbers are dwindling and their appearances less frequent, like the snow leopards.

Tesson is a poet and a philosopher. As such, his narrative is not filled with scientific data and statistics. Rather, it is filled with his daily observations and musings about life: how we see it, what we miss, and capturing the moment.

The chapters are short. They have a lyrical quality. While the small, intrepid group goes about their strategy for capturing the snow leopard on camera, Tesson ruminates about Chinese Taoism, about the relationship between humans and animals, about lost loves, and about the beauty and simplicity of harsh environments.

Not accustomed to being patient, Tesson discovers the serenity of surrendering to a design not of his own making.

The author offers readers more than an adventure-nature narrative. His perfect choice of words, his writing cadence, the sheer beauty of his descriptions, and his poetic power to pull you emotionally into each scene are alluring.

Describing one of the encounters with the snow leopard, Tesson writes:

“This was why it was called a snow leopard: it arrived as silently as the snow, and soundlessly crept away, melting into the rocks.”

An added bonus to Tesson’s recounting of this group’s gutsy trek into the wild is the introduction of French photographer Vincent Munier. I was unfamiliar with his work, but it is definitely worth your time to look him up. Exhibitions of his photographs have been featured in some 35 countries. Yaks, Arctic wolves, polar bears, snowy owls, Japanese cranes, and of course, the snow leopard are just a few of the wild creatures that he has brilliantly caught on camera.

Tesson makes his case that there are many philosophical and spiritual lessons to be learned from observing nature. His reverential descriptions of the communion between man and beast will no doubt leave many readers breathless.

Seeing and photographing the snow leopard is no doubt the holy grail for nature photographers and writers. The creature’s ability to capitalize on its colors, blending deftly against the high rocks where it prefers to roam, its quiet glidings, its wariness and caution and keen sense of its surroundings make it a formidable, near mythlike beast to find, let alone stay in one place long enough for an adept lens to freeze its image and a writer to find the words to preserve the moment.

Tesson’s “The Art of Patience,” is a quiet yet rejuvenating read to soothe the soul and momentarily transport the reader to Tibet and the beautiful creatures that call this often bleak and rugged terrain home.

Why pick up this read?

It’s refreshing to encounter a small volume that speaks so much to the heart and that reminds us of our ancient connections to a wild world seen through a travel writer’s and poet’s eyes.

For Tesson, patience is its own reward, a valuable lesson to savor.

Released in December 2021, “The Velvet Queen” is a film that captures visually what the book describes. With French subtitles and a dreamlike lens, it looks to be a bit of escapism worth the watch.