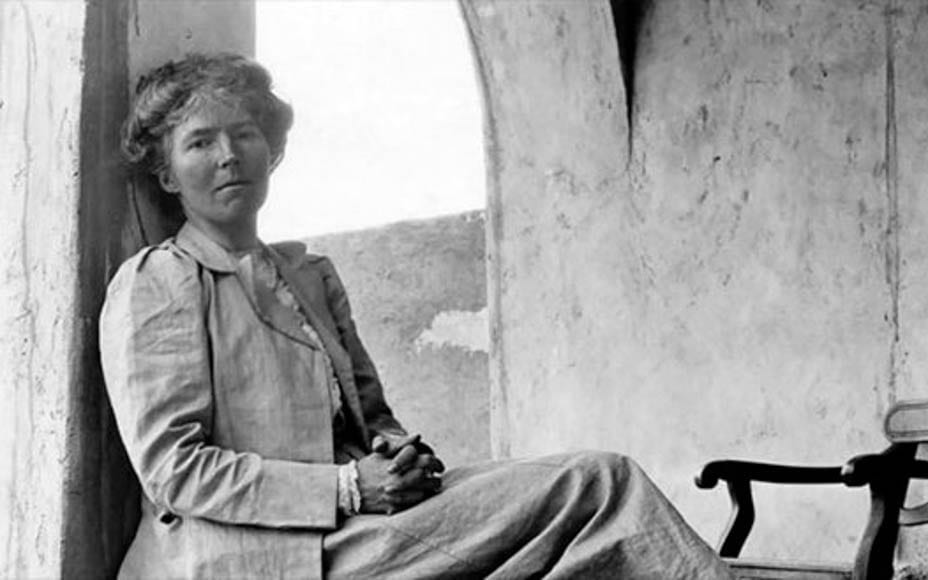 Book Review: ‘Tales From the Queen of the Desert’: A Beautifully-Written Travelogue

Admittedly, the first I heard of Gertrude Bell was from watching the 2015 biographical film “Queen of the Desert,” starring Nicole Kidman. I was enchanted as was Kidman with Bell’s character.

A fiercely independent woman, Bell decided to leave her comfortable life as a debutante in Victorian London and take to the desert. It was a visit to her uncle, who lived in Persia in 1892, that sparked a love affair with the Middle East: its people, culture, history, architecture and landscape. She loved it all.

Well-educated and well ahead of her time, Bell was certainly a keen cartographer, photographer, and archeologist. Her adventures, which were many and varied, are the stuff of stories and much has been written about her extraordinary life and accomplishments, her loves and her losses.

At one point she worked for British Intelligence. Her colleagues included the likes of Lloyd George, Winston Churchill, and T.E. Lawrence (Lawrence of Arabia), in addition to a host of Arabian sheiks and Turkish pashas. In 1914, Bell earned professional recognition from the Royal Geographical Society for work done in northern Arabia.

She was vibrant. She was vulnerable. She took risks. She was fearless but also fragile. She could speak several languages. She was a brilliant tactician and had great insight in the political subtleties of tribal relationships.

She was a diplomat. She ultimately became an invaluable asset and was the only woman invited to the 1921 Cairo Conference where British officials met to discuss the eventual makeup of the region.

In Her Own Words

Throughout her life she kept diaries and journals. “Tales from the Queen of the Desert” is not a biography of her incredible life. These are travel writings, if you will, from her experiences in Persia and Syria, and they are beautifully written.

This volume is a collection of her travel writings, and what I found quite fascinating is how vividly she brings to life her surroundings—the sights, smells, what she’s hearing, touching, and feeling. The reader is there with her as she mounts her horse and braves a heavy mist, rainfall or early snow or is baked by a relentless heat.

The first part of the volume is entitled “Persian Pictures” and was originally published in 1894. The latter part is “Syria: The Desert and the Sown” which was first published in 1907.

Some readers may find it disconcerting because we don’t know why she is there, how she got there, and who she is with, although she predominantly traveled alone in small caravans of muleteers and perhaps a guide or two. A chapter will start with an entry into a city at such and such a time or a visit to a palace. There, she is greeted with great hospitality and delicate descriptions of the meal served; the mood of the guests will be described.

She is a keen observer of humanity. She despairs on entering a town where cholera is rampant, and yet the people continue to drink bad water and eat rotten fruits and vegetables. Rich and poor are equally devastated.

As an Englishwoman in a foreign land, she is generally greeted with gracious hospitality. Nonetheless, she is, at times, in perilous predicaments. Many of her guides are trustworthy and loyal. Others are a bit roguish. Her strength of character sees her through, and her emphasis is always on the positive in any given situation.

She relishes the path less traveled. As she enters Syria, she writes:

To those bred under an elaborate social order few such moments of exhilaration can come as that which stands at the threshold of wild travel. The gates of the enclosed garden are thrown open, the chain at the entrance of the sanctuary is lowered; with a wary glance to right and left you step forth, and, behold! the immeasurable world. The world of adventure and of enterprise, dark with hurrying storms, glittering in raw sunlight, an unanswered question and an unanswerable doubt hidden in the fold of every hill.

Hillsides covered in tiny flowers of many hues, the beauty of the moon on a chilled evening, how the sun plays near the river, a cup of freshly roasted coffee, piles of carpets to form a bed—such lush images are a constant throughout her writings.

And, as much as she describes the settings, she does an equal job in describing the characteristics of those she meets along the way, whether they are wearing an elaborate silken turban, colorful flowing robes, or scantily clad and in need of a cloak.

Her fascination with new places and personalities, philosophies, and ways of seeing the world shine through her writings. Her knowledge and love of history is informative and insightful. You will learn much and want to learn more.

Bell’s recorded experiences set the stage for an illustrious life. Readers are in for a treat with this collection.

‘Tales from the Queen of the Desert’
By Gertrude Bell
Hesperus Classics, April 1, 2015
Paperback: ‎304 pages