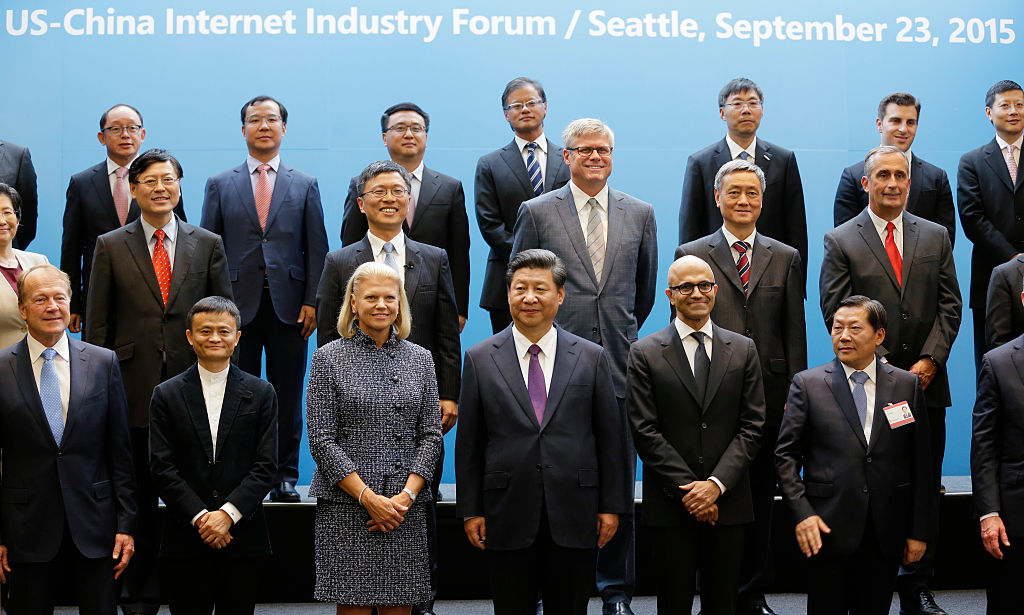 Chinese leader Xi Jinping has often used an expression that he is seeking for China a “strong nation dream.”

The realization of this dream is that China would become the world’s No. 1 global power. The consequences could be nightmarish for the rest of the world.

Author Peter Schweizer has masterfully and meticulously outlined in “Red-Handed” how American leaders from politicians and businessmen to tech giants and diplomats have aligned themselves—whether intentionally or unwittingly—with a foreign adversary. As he points out in the book, fraternizing with the enemy isn’t a new notion but it has reached a level of magnitude that poses a serious national security threat.

What I found particularly noteworthy about Schweizer’s latest bombshell is the level and detail of his research, which took him and his team more than a year to compile.

There are zero unnamed sources. In fact, there are 81 pages of more than 1,000 notes.

While he certainly makes a strong case throughout the book about the implications and dangers of supporting a dictatorial regime, he does it by presenting the reader with facts—information that has been gleaned from open sources such as emails, corporate records, financial statements, legal filings, direct statements and so forth. Information that is hard to dispute.

It’s alarming to learn that a country’s leadership, in this case ours, can be basically bought off. As Schweizer states, “Opportunities to get wealthy are a key motivator.”

Luring the elite in a myriad of spheres from Washington diplomats and high-ranking politicians to Wall Street financiers and tech titans is a tactic that Beijing has been using for several decades—to great success.

The Biden ties to China run deep. Schweizer’s data digging reveal that the Biden family has garnered some $31 million from individuals with direct ties to the highest levels of Chinese intelligence. President Joe Biden’s softer position on China could well be due to the direct benefits he has received.

Schweizer looks into the dealings of several prominent Democrats such as California’s Sen. Dianne Feinstein and another longtime congressional colleague and current Speaker of the House Nancy Pelosi, as well as Republicans such as Sen. Mitch McConnell, who serves as Senate minority leader, and members of the Bush family.

Both sides of the aisle have secured hundreds of millions of dollars in lucrative deals courtesy of the Chinese government. Often, in exchange, they will pull back on their criticism of the regime in Beijing.

And then, there are the tech titans.

Imagine the heads of Amazon, Airbnb, Apple, and Facebook all gathered under one roof.

It happened in 2015, when those CEOs met just outside of Seattle at Microsoft’s headquarters to welcome a special guest—Xi.

He stopped over on his way to meet with then-President Barack Obama in Washington.

It was all about cultivating Beijing’s relationship with America’s tech giants.

Silicon Valley’s tech wizards may be blinded by their technological genius and ambition. Not only are they willing to collaborate and share information—information that in many cases benefits the Chinese military—but they seem to have a profound starstruck admiration for the dictator and his ability to make things happen.

Wall Street financiers are also among America’s Beijing boosters. These firms and many others are making millions from Chinese deals. They’re hosting parties for Chinese dignitaries and traveling to China, while soft-pedaling China’s harsh treatment of the Uighurs and other human rights abuses.

Yale University has cultivated academic and financial ties with China for decades. It isn’t alone.

Schweizer reveals in his book that a “U.S. Subcommittee investigation found that numerous universities were systematically underreporting donations from China and were inaccurately disclosing them to the federal government.”

Are all of these American elites purposefully trading patriotism for profit?

Schweizer acknowledges that some believed—and believe—that engagement with China is a good thing and will ultimately lead to a better world all around.

Lucrative dealings with China have made many very, very wealthy. The layers of wealth have clouded their vision, making it easier and easier to overlook China’s domestic repression and military aggression.

Schweizer ends the book on an optimistic note. He believes that China’s “elite capture” can be firmly countered and that there is still hope—if action is taken.

The writing is crisp, straightforward, and chilling. The research is exhaustive.

The president of the Government Accountability Institute and a six-time New York Times best-selling author, Schweizer admits that it’s his “scariest” investigation to date.

Released in late January, his latest has garnered immediate attention.

Is it possible that America’s elites would truly believe that China’s totalitarian regime is superior to U.S. democracy?

And, at what price?