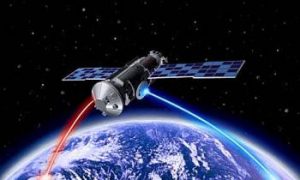 Joshua Foer is a writer who works for a variety of magazines and newspapers writing human interest stories who found himself accidentally drawn into the world (and the science) of memory. While researching an unrelated article, he found a reference to someone with an extraordinary memory and started researching memories and the science of remembering. He found that on average, people squander 40 days annually compensating for things they’ve forgotten.

His new book, Moonwalking with Einstein, is a fascinating combination of self-help, history, comedy, and is also a partial biography of his life. Readers will follow Foer's two-year transformation from an onlooker in the world of competitive memorization into a participant in the 2006 USA Memory Championship. Through Foer's eyes, the rest of us can peer into the esoteric realm of memory sports, where the brain is regarded as a muscle, and memory training a form of a mental workout.

Foer also contrasts today's information-based world with the ancient world absent of the printed word, where memory was critical. Back then, people could recite large amounts of information from memory. Greek philosophers and poets developed techniques for remembering that were commonly taught in schools.

We meet a number of fascinating people, including one man who remembered too much. He remembered everything he had ever read, seen, or heard to the extent that he could not separate trivia from the important things in his day-to-day life. Then we meet his polar opposite—a most forgetful man—who, due to a brain aneurysm, cannot remember an event that happened 15 seconds ago, but can remember events that took place prior to 1950.

And throughout the book, Foer introduces us to a group of “mental athletes”—so named for their remarkable memories and the amazing ways they can manipulate them, such as memorizing long poems forwards and backwards.

One of the most interesting techniques that these athletes use—which has been in place for thousands of years—is the “memory palace." In this technique, you use an actual place—a home, a park, a building (it doesn’t have to be a palace)—and place the items or things you want to remember throughout the setting and then mentally walk through it. Foer takes the reader on a hilarious trip through his childhood home as he first tries to use this method to remember a long list of unrelated items. Once you learn the technique, the author challenges you to use it to memorize a list using a setting familiar to you. It’s amazing to see how effective so many of these tools and techniques are.

Based on his research and discovery of various techniques, he believes (as do other memory experts) that memory should be taught as a skill in school just as math and reading and physical education.

Developing your memory does not have to be full of repetitive tasks and boring rote learning, yet it does require imagination and perseverance. Even if you don’t want to put into practice the various techniques and methods he describes, the book is so interesting and original that you will find yourself sharing sections with your friends and family as you read it.

And where does the quirky title Moonwalking with Einstein come from? It is related to one of the memory techniques he describes—but you’ll have to read the book yourself to get all the answers and a greater appreciation of the marvelous gift we all possess—our memory.