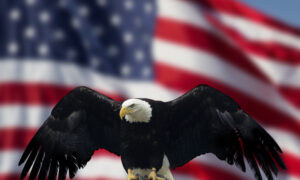 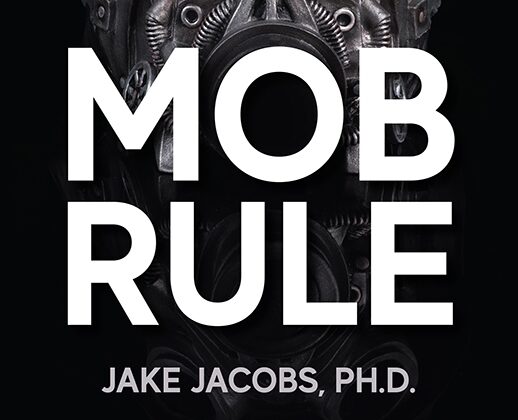 Book Review: ‘Mob Rule’: Is This Our Future?

“The two most dangerous things in the world today are sincere ignorance and conscious stupidity,” Dr. Martin Luther King once said. This statement has never been truer.

As I write this article, Americans are facing an overwhelming flood of Marxist ideas and policies in our country, which is now a shell of what it once was. Yet despite the deep knowledge needed by citizens to understand exactly what’s at stake with this infiltration, restrictions and censorship have made it harder than ever to have an educated citizenry.

In his new book “Mob Rule,” Jake Jacobs gives an overview of the Marxist ideology which is determined to destroy the American culture. Jacobs, a regular speaker for Young Americans for Freedom, is a high school and university instructor of U.S. history.

As 2021 is dawning, we’re all wondering how much of what Jacobs describes will continue.

Jacobs shares information about Antifa and Black Lives Matter to help us understand the groups that incited riots where many policemen were injured, dozens of people were killed, and where billions of dollars in property and collateral damage occurred.

Those in the left-wing group Antifa often dress in black and usually hide their faces under masks. They are against gays, but also conservatives (in fact anyone on the right). They call all of their opponents fascists.

Jacobs disagrees with Joe Biden who says that Antifa is “just an idea.” Jacobs calls them stormtroopers of the radical left, who are participating in revolutionary action to end capitalism and the American republic.

Antifa despises capitalism, democracy, freedom of religion, speech, press, and assembly and any semblance of what Americans call the Bill of Rights. Antifa want to usher in the utopic “stateless state” as envisioned by Karl Marx.

In 2013, three radical Marxist black organizers Alicia Garza, Patrisse Cullors, and Opal Tometi created a black-centered movement called Black Lives Matter. Many Americans, who do not consider themselves Marxist, are drawn to this organization mainly because of the message of anti-racism and its attractive slogan.

However, Jacobs says this organization is less concerned with black’s lives than with destroying the family and transforming American society into their dystopian worldview. BLM’s radical militant agenda is the antithesis of the peaceful American Dream of Reverend Martin Luther King and Rosa Parks.

Jacobs, once a democrat, says the great liberal Democrats of years gone by sadly no longer exists. The Democrat party has been taken over by hardcore radicalism. With their brand of “pigmentation politics” that divides Americans, they have become part of what he calls the mobocrats. “Mobocrat,” a term our Founding Fathers coined to describe Americans stirring up disunity and disloyalty, is a blending of the words democrat, bureaucrat, and mob.

Democratic leaders nationwide have been silent about the violence of Antifa and Black Lives Matter and kowtow to their outrageous demands.  Therefore, Jacobs believes, Democrats have become mobocrats, driving the agenda of tyrannical intolerance to any opposing thoughts. The mobocrats feed the flames of the leftist revolution that is plaguing our cities.

It is not a coincidence that Marxist organizations such as Antifa and BLM call for defunding of police departments across America. The “Defund the Police” mantra of radical-left groups, Jacobs says, is Orwellian code language for the establishment of a “police state” run by leftists, who will then be able to dictate their radical agenda beyond the classroom and culture and into the streets and homes of all Americans.

A clear example of what happens when police leave an area is shown by looking at CHAZ (Capitol Hill Autonomous Zone). In June, 2020, after a number of increasingly dangerous clashes between protestors and the law, six city blocks in a popular area of downtown Seattle were abandoned by the police. This area, left to burn, was seized by anarchists to become a self-declared autonomous zone.

Jacobs says CHAZ was an “attempt to replicate the Paris Commune of 1871 where French Marxists killed two French army generals defying the French rule of law and controlled Paris for two months.”

The violence and looting by these anarchists within the “police free” Seattle neighborhood turned what the Democratic mayor called the “summer of love” to an absolute disaster. This radical experiment was just a preview of what is happening nationwide to make our cities uninhabitable.

For decades, leftist academics at America’s colleges and universities have been teaching a biased and distorted view of American history.

These academics have been twisting history to make it mirror their ideas. For example, an 1852 Fourth of July speech by the famous abolitionist Frederick Douglass has been used as proof that he hated America. This is not true.

Douglass is a source of inspiration for many because, in spite of his humble beginnings, he helped to change the world. While it’s true that Douglass hated slavery and was the conscience of America, he never turned away from America’s principles.

Similarly, a once very popular anti-slavery novel has been twisted into a weapon.  American author Harriet Beecher Stowe’s1852 book “Uncle Tom’s Cabin” humanized and Christianized the suffering of slavery for her white readers by portraying Uncle Tom as a brave, righteous, and suffering martyr. He is ultimately beaten to death by a barbaric slave master on a small beam symbolic of a cross because he refused to give the whereabouts of two female slaves who had escaped to freedom.

But Tom’s noble image has been distorted. Today’s Uncle Tom is seen as an older, illiterate slave who sells out his fellow slaves. The expression Uncle Tom is commonly used today to demean blacks who dare to rethink their allegiance to the Democratic Party.

Then there is the New York Times 1619 Project for K-12, full of historical inaccuracies, which is diatribe against the United States of America. The 1619 Project presents American history completely through the lens of race, slavery, and white supremacy. Its premise is that the key to understanding America is not freedom but slavery. The Howard Zinn project and Black Lives Matter at School are similar.

The tearing down of statues is symbolic for destroying a system radicals hate. Their destruction of works of art aims to weaken our awareness of history, including history’s darker side.  Jacobs says this process is a slippery slope that may go beyond Confederate statues: The Lincoln Memorial, which Martin Luther King loved and used as a backdrop to his August 1963 speech “I Have a Dream,” was desecrated this summer.

I asked Jacobs why he chose to write “Mob Rules.” He said, “Our founders warned us that if we were to keep our republic, we would always have to remain diligent to the cause of freedom and vigilantly aware of those who under the guise of freedom would destroy life and liberty.”

The contest for America’s soul is on display like never before for all to see.