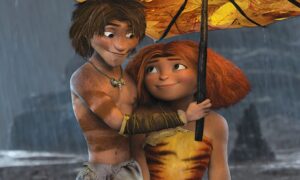 Popcorn and Inspiration: "The Croods": A Good Lesson About Adaptability
0 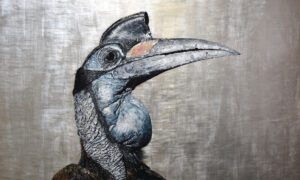 Book Review: ‘Life in the Ring’

“Knockout punch,” “came out swinging,” “down for the count.” In the introduction to his new book Life in the Ring: Lessons and Inspiration from the Sport of Boxing, author John E. Oden astutely points out these boxing phrases have fused into everyday American speech and culture.

But cultural recognition is small potatoes for Oden, a.k.a. the Pecos Kid. This businessman-turned-white-collar-boxer-turned-author is after the meaning of life. In the book’s first sentence, he forthrightly declares, “boxing is a metaphor for life.”

True to this sentence, Oden proceeds to offer 12 chapters—modeled after the 12 rounds in a boxing match—that detail the intriguing stories of 15 of some of the greatest boxers from the last 100 years. Each “round” finishes with a new lesson that can be learned, both inside and outside the ring, from the preceding story.

Undefeated boxing legend Rocky Marciano is noted for his great threshold for pain, taking “three to four punches with the hope of being able to deliver one,” writes Oden.

“Consequently, much of the blood seen in the ring during a tough contest was Rocky’s.” In the lesson at the end of Marciano’s chapter, Oden philosophizes, “In life, who amongst us doesn’t feel pain, not only pain from physical injury, but emotional pain? How one handles pain shapes one’s character, and, ultimately, his or her ability to succeed.”

Not limited to boxing fans or sports lovers in appeal, Oden’s clearly written stories contain cultural gems that are bound to captivate any reader. Such gems include future Olympic gold medalist Oscar de la Hoya writing in his sixth grade paper that he wanted to be an Olympic gold medalist in boxing when he grew up, only to punished by his teacher for not taking the assignment seriously.

In another chapter is the page-turning story of Detroit boxer Joe Louis and German boxer Max Schmeling—who, though not a Nazi himself, was supported by Adolf Hitler. The boxers’ two matches took place in the years leading up to World War II, turning them into clashes charged with geopolitical overtones. In the final twist of their story, Schmeling and Louis become close friends, with Schmeling, who became rich as a businessman, going so far as to give money to help pay for the funeral of the financially troubled Louis.

His second book after detailing his own experience as a white-collar boxer, Oden’s Life in the Ring succeeds overall to give an easily digestible and riveting look into the world of professional boxing. The end of the book includes a helpful and brief summary of the rules of boxing, as well as a glossary of terms. For someone who knows nothing about boxing and wants to learn, this book is an excellent choice.

Oden’s Life in the Ring does drag and lose its cultural charm in the parts where the author is left to go on and on about the greatness of boxing and the values he has derived from it, primarily in the chapter introductions and lessons at the end of the chapters.

In the introduction, Oden states that boxing is “a sport of self-actualization, a means to discover truths about oneself which could not be learned in any other place quite so effectively.” A bold statement that Oden does give some qualification for, but not nearly enough.

Oden’s biography only mentions his experience with boxing, so it sounds far-fetched for him to have discovered the most effective means for self-actualization without actually having tried anything else. It seems that boxing could simply be removed from Oden’s sentence and easily replaced by another sport (or even some hobby)—then it could have just as easily been written by an avid fan or athlete of that other sport.

This oversight bleeds into the chapters’ lessons, which at times are shallow and forced. Lessons are generally about cause and effect relationships, so one of the most glaring lessons from boxing might be: do not box because it is a dangerous sport that easily leads to broken bones, lost teeth, brain damage, and various other ailments.

Only after 79 pages into the book, does Oden directly address the dangers of boxing: “due to the intensity and inherent danger in the sport, there are unique challenges and stumbling blocks which any fighter must overcome.” Indeed, boxing paragon Muhammad Ali, known as “the Greatest,” suffered from Parkinson’s disease at the age of 40—likely because of the head trauma he received in the ring, Oden writes.

It would have been more effective for Oden to have hit the danger of boxing head-on and then pick up the pieces after that. Similarly, throughout the book and markedly at the end, there is a silence on the future of boxing. With the continual introduction of martial arts from Asia over the last 100 years and the recent spike in popularity of mixed martial arts as a sport, including Ultimate Fighting Championship, the cultural significance of boxing appears to be waning.

Is boxing really down for the count? Don’t look for an answer to this question in Oden’s Life in the Ring, but you can find some great stories.

Life in the Ring: Lessons and Inspiration from the Sport of Boxing by John E. Oden (2009) is published by Hatherleigh Press and is also available at amazon.com.