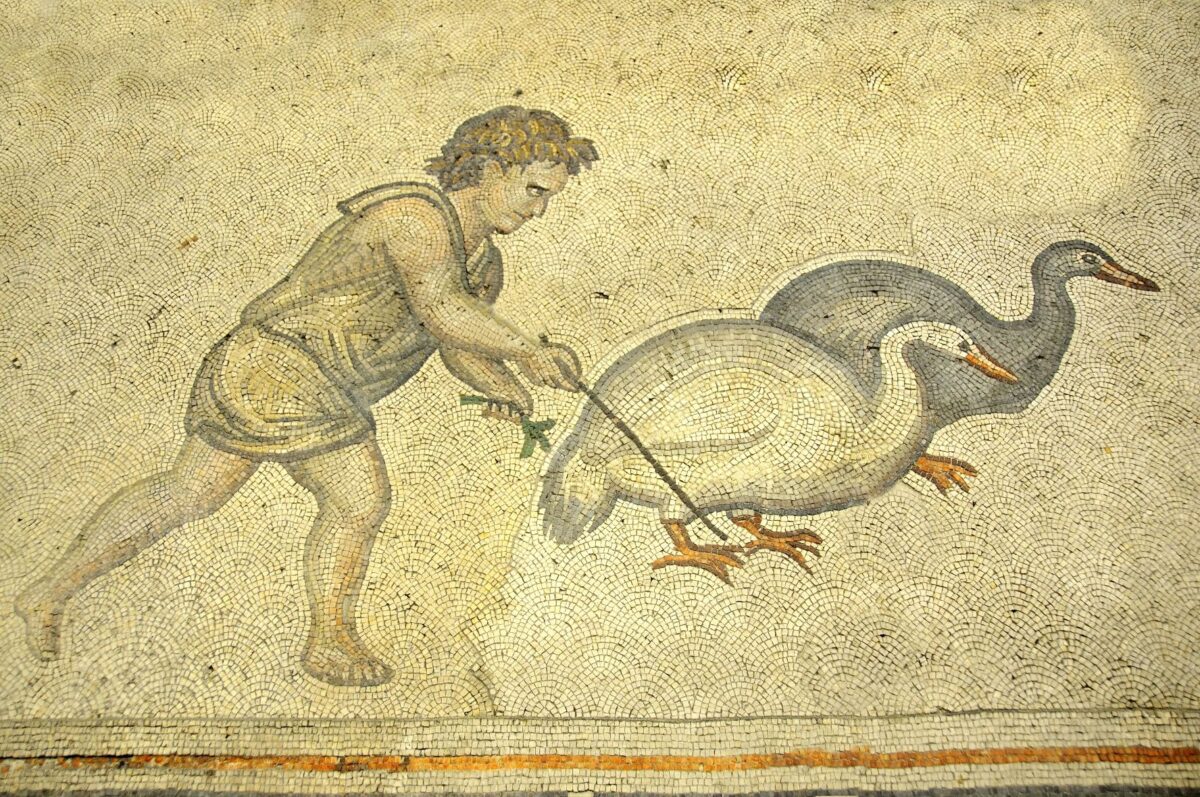 Book Review: ‘How to Be a Farmer: An Ancient Guide to Life on the Land’

Ancient selections that direct us to the virtues of working the land
BY Dustin Bass TIMESeptember 22, 2022 PRINT

Princeton University Press continues with its rather large selection of introductions, or reintroductions, to classic literature in its Ancient Wisdom for Modern Readers series. One of the latest books is “How to Be a Farmer,” which contains ancient Greek and Roman works selected, translated, and introduced by M.D. Usher, the Lyman-Roberts Professor of Classical Languages and Literature at the University of Vermont. Usher and his wife, Caroline, have also been farmers for the past two decades.

This latest edition could hardly be better timed. In a time when consumers are more concerned about what goes into their food, the increase of fast-food chains, and supply chain issues, learning what it takes to be a farmer—or at least tend your own crops, however minute—is pivotal.

“How to Be a Farmer” is not a breakdown of farming techniques, but rather the trials and benefits of being a farmer. Usher notes in his introduction that “‘How to Be a Farmer’ presents a small contribution to that new imaginary” and that “one need not actually be a farmer to enjoy this book.”

Usher is right. These works from millennia ago do not require rural or ancient eyes to understand the principles of farming. From Varro and Vergil to Homer and Horace, the book discusses the virtue of work and how right living, virtue itself, leads to blessings from the ground and from fellow countrymen.

Usher has selected a varied assortment of enlightening, straightforward, and even humorous works. There are countless principles that these ancient authors connect with working the land. One in particular is that success requires work, and that success makes idle people jealous.

Several of the authors, as if speaking directly to our moderns, admonish those who indulge in leisure and luxury. There are warnings about how easy living can lead to a diminished character, but there are many benefits to the soul of a man or woman who works with their hands.

Usher himself believes this so much that he utilizes Varro’s “The Prestige and Antiquity of Rearing Livestock” in order to indirectly indicate that greatness, individual or collective, stems from humble beginnings. “Who would deny that the Roman people themselves are descended from shepherds?” Varro rhetorically asks. “Who does not know that Faustulus, the foster-father who raised Romulus and Remus [the founders of Rome], was a shepherd?”

Usher praises the very character of the farmer with his selection of the Roman poet Vergil’s “Praise for the Countryside,” which reads: “It was among farmers that Righteousness left her final traces when she quit the earth.”

Along with showing a good work ethic and righteous character, Usher’s selections point out how to pick and treat farm animals. Lucius Junius Moderatus Columella discusses the importance of having a dog on the farm; not only that, but also what to name the dog and why. In the other selected works, Columella talks about how to choose and treat a donkey and a ram. Lastly, he discusses the proper working relationship between a man and his wife, and how the farm should come first. He expounds on how this team mindset can offset the possibility of infidelity and the vices of luxurious living.

Farming and philosophy were viewed as being in conflict with each other. Even after thousands of years, this is the case today. Usher has wisely chosen to remind the modern reader that wisdom and working the earth can be synonymous. It is in Musonius Rufus’s work, “Why Farming Is the Best Job for a Philosopher,” that we find this correlation.

“The most pleasing aspect of all farm work is that it affords the mind more free time to think,” Rufus writes, “and to investigate matters that have a bearing on one’s moral development.”

There is definitely an interest there from the editor of these works. Usher is both professor (philosopher) and farmer, and has obviously experienced the philosophical benefits of being a farmer. Just as Rufus (among many others) passed down his views to the next generation (a millennia of them), Usher is doing the same.

In a way, Usher allows for a parting shot at the industry of philosophers (that is, professors) from Rufus, who writes: “It seems to me, that young people would be helped more, not by associating with their teacher in the city, nor hearing him lecture at school, but by seeing him engaged in agricultural tasks whereby he demonstrates in practice exactly what reason instructs.”

As Rufus was a philosopher of the Stoic school, it wasn’t simply a strong mind that he hoped to cultivate in young people. He recommended farming because it would make physically strong those young men who practice philosophy. Usher, it seems easy to conclude, is hoping that this message of strong minds and strong hands comes through.

In searching the landscape of classical material, Usher has found golden nuggets of wisdom that can be used as seeds for personal growth. It does not take special people to become farmers. Usher’s moving final selection suggests as much.

The editor and translator of these works notes before the final selection that “most of what we hear about farming in the ancient world is filtered through the experience of highly educated elites.” This seems all the more reason for him to choose the ancient common man to speak to the modern common man.

Usher pulls from an inscription on an epitaph that was erected by the Tuscan citizen Gaius Catricius Calvus, who identifies himself as “a man of good will … a farmer.” In this short inscription, the reader learns about what it takes to be a farmer and, more importantly, “a man of good will.” Calvus informs the reader that “these precepts that a farmer teaches you to remember he acquired not by instruction from the learned, but from his own nature and experience.”

‘How to Be a Farmer: An Ancient Guide to Life on the Land’
Translated by Mark D. Usher
Princeton University Press, Nov. 2, 2021
Hardcover: 272 pages