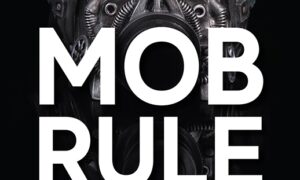 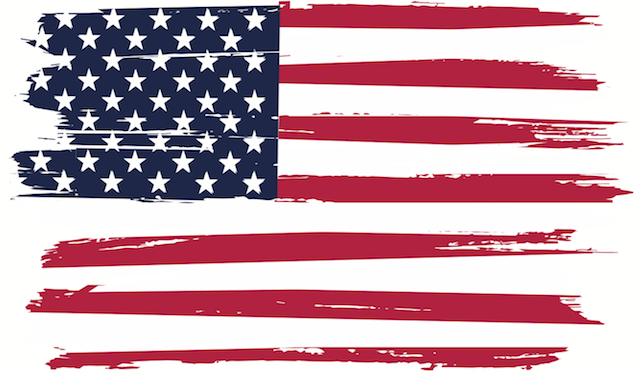 James S. Robbins's new book examines the many trends that are undermining America from within. (Shutterstock)
Literature

Book Review: ‘Erasing America: Losing Our Future by Destroying Our Past’

James S. Robbins is the Paul Revere of America today. While Revere is known for his midnight ride in April 1775 to alert the colonial militia to the approach of an outside invasion, Robbins, in his new book “Erasing America: Losing Our Future by Destroying Our Past,” rallies us against the danger of our times: un-American ideas that are based on uninformed opinions and beliefs about the past.

Robbins’s approach is comprehensive, pulling seemingly all of the current threads of anti-American activity together into one volume.

He begins his book by asking the readers to imagine a future when people will ask, “Do you remember America?” He fears that if our path continues, America will be remembered as a dark chapter in human history best left unremembered, as a country of deplorable sins.

How might this nightmare scenario happen? America, Robbins says, is being destroyed from within. As in George Orwell’s “1984,” we are seeing the systemic stripping of meaning out of language and ideas. The time-honored traditions of American exceptionalism, with its unique concepts of democracy and personal freedom, are being replaced with dreary stories of a misbegotten country founded on slavery by deeply flawed men who have been falsely elevated as heroes.

Robbins traces the assault that is designed to make people ashamed of their American heritage.

Purging Memorials to the Confederacy

In thinking about the recent removal of Confederate markers and memorials, Robbins contrasts the maturity of the past with the shallowness of our times. After four years of war and tremendous damage to the South, Ulysses S. Grant drafted practical terms for peace because he wanted to unite the country again.

“The war is over,” Grant told his staff. “The rebels are our countrymen again.” The compromise that prevailed at Appomattox was the fervent desire of people in 1865—in the North and the South—to repair a house divided.

Today’s progressives are just the opposite. They want retribution for offenses they did not personally experience and, as Robbins says, are “slashing the collective threads” of the past. He further states that today’s political climate is so overheated that a tweet by Donald Trump on the subject of purging memorials is labeled as treason.

Traditionally, the United States has maintained its sense of unity by upholding heroes of American history. Yet now the accomplishments of our leaders such as George Washington, the commander-in-chief of the colonial armies and the first president of the United States, and Thomas Jefferson, draftsman of the U.S. Declaration of Independence and the third American president have been disregarded and their legacies have been reduced to looking at one fact only: that they owned slaves.

Meanwhile, Federalists like John Adams and Alexander Hamilton have escaped this current trend because they were on the right side of the slavery issue.

The current bent on destroying the U.S. heroes has entered dangerous territory, unlike any previous time in American history.

Robbins offers common sense to the discussion: He advocates that history is better served by adding new heroes to the American story rather than subtracting old ones.

The National Football League used to project a patriotic image and was a celebration of the best in America. The only colors that mattered in the stands were team colors, and fans of every race and creed attended and cheered. As part of the patriotic image, the national anthem was played before football games.

But when some players began kneeling, the games became politicized, Robbins believes. Many see this act as disrespecting the flag, a universally recognized symbol of liberty and freedom, and therefore also disrespectful of those who risked their lives for our country or lost loved ones doing so.

It’s clear that most fans prefer their football to be free of toxic politics, and they are tuning out the NFL in droves.

Schooling is necessary to the development not only of a well-rounded person but also of a strong society. But, as Robbins explains, tearing down traditional history and civics education leaves children weak in these areas. And with the growing intolerance for the exchange of ideas in colleges and universities, basic knowledge of American identity has become confused. Students no longer know what America stands for. In fact, students are becoming more aware of what divides us than of what unites us.

My favorite chapter talks about how the quest for religious liberty has been central to America’s story. Religion helped create social coherence and moral purpose for generations. But religion has become a target nowadays.

Robbins, with some humor, looks at this deeply disturbing issue facing America. He uses the especially virulent war on Christmas to make a point about how ridiculous this trend has become. It’s not just that saying “Merry Christmas” versus “Happy Holidays” has become a political statement, but that “Jingle Bells” has been denigrated, with claims that it has racist origins; “White Christmas” is seen as perpetuating the idea of white being good and leaving unaddressed the problem of climate change; and “It’s Beginning to Look a Lot Like Christmas” is suspect for buying into gender stereotypes by suggesting that boys get boots and pistols, and girls get dolls that will talk and will go for a walk.

These negative attitudes toward religion can be summed up by Joy Behar, a co-host of ABC’s “The View,” who criticized Vice President Mike Pence’s Christian faith by saying that talking to Jesus is one thing, but hearing Jesus talk to you could be described as “mental illness.”

Robbins is troubled by these attacks on faith, as we all should be, and quotes President Ronald Reagan’s warning, “If we ever forget that we’re one nation under God, then we will be a nation gone under.”

There has always been tough language in American politics, but there is a new willingness to stake out extreme positions and to characterize opposing viewpoints in purely ideological terms. We are forsaking a political philosophy designed for compromise, Robbins says.  He worries that the American system cannot continue to function with mindless resistance and little sense of national interest.

To show the extremes we have come to, he says that Terry McAuliffe, the former governor of Virginia, and Joe Biden, the former vice president, have even suggested that they might physically harm President Trump. Robbins, with tongue in cheek, counters by claiming that we may be on the verge of bringing back the time-honored American custom of dueling, Alexander Hamilton’s fate notwithstanding.

As Robbins traces the symptoms of the breakdown of a shared sense of nationality and a growing division in American life, it’s easy to see that Americans have to decide whether to nurture the union or allow it to collapse.

For Robbins, America, with all its faults and with all its past mistakes, is still worth all the devotion its citizens can muster. As Thomas Jefferson said, “The price of freedom is eternal vigilance.”