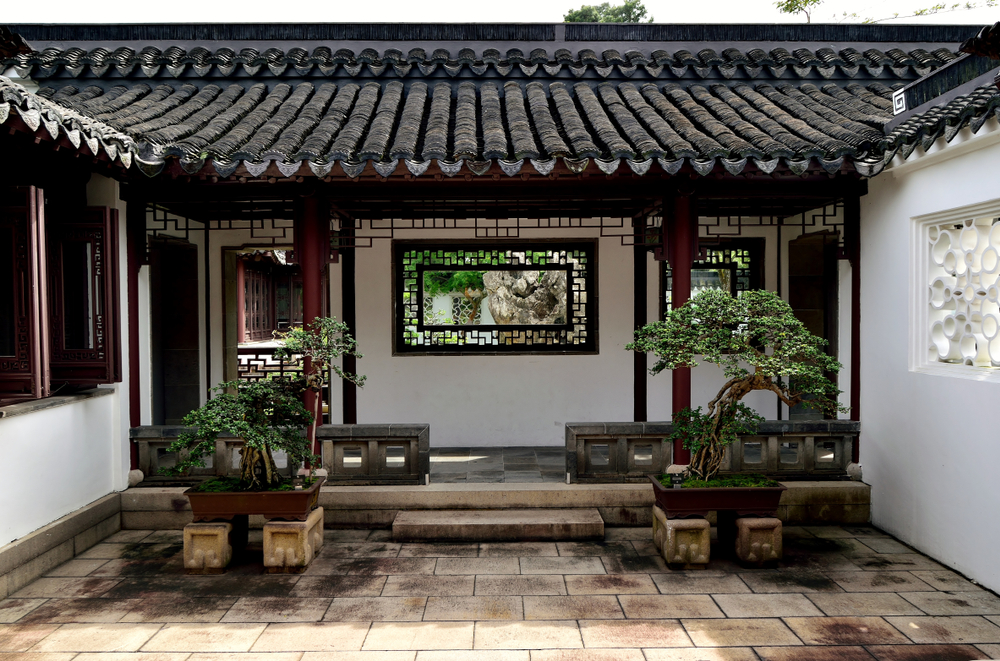 How the courtyard was central to Chinese life and the guide to the “middle way”
BY Dustin Bass TIMEFebruary 20, 2022 PRINT

Something we often take for granted is a courtyard. It is a place of relaxation, serenity, or gathering, but we may not know how much the courtyard is steeped in history—in this case, Chinese history. Xing Ruan, architect and Guangqi Chair Professor and dean at the School of Design at Shanghai Jiao Tong University, has written a definitive book on the subject of the Chinese courtyard, what it signifies to ancient Chinese civilization, and what it can deliver to those seeking a sense of harmony with the modern world.

“Confucius’ Courtyard: Architecture, Philosophy and the Good Life in China” is without a doubt a scholarly endeavor, full of Chinese history that reaches back thousands of years. But it is also a book that demonstrates, with ancient and not-so-ancient stories, the uses and significance of the courtyard.

The Courtyard Leads to the Middle Way

Confucius, like any good teacher or philosopher, tried to point people, young and old, toward the Middle Way—a life of moderation rather than luxury. The courtyard becomes the primary source in the search of the Middle Way. Through proverbs, stories, and diagrams of courtyards, Ruan shows precisely how the courtyard was used to achieve that moderation and serenity (even if short-lived) by separating oneself from the busyness of the world, even when in the very heart of the city’s marketplace (as shown in one of his examples).

Ruan makes the idea of the courtyard accessible, and not simply in a literary sense but also in a literal sense. The author demonstrates that the Chinese courtyard has been a staple of the country’s civilization regardless of economic status. Courtyards throughout China’s history have ranged from elaborate to modest, which is easily noticeable from the numerous diagrams in the book.

The Courtyard as an Escape From Materialism

Ruan makes plain the social issues that have arisen from modern materialism. Of the many takeaways from the book, the establishment of the courtyard to escape from, if not tear down, the materialistic mentality of the modern world is a significant one. Readers are drawn to the idea of creating their own courtyard: something to ease the tension of the constant competition we find ourselves in; a place to slow down and think; a place we create for ourselves that requires tenderness, care, and work.

It seems as if that is one of the author’s goals with the book: to pull readers of all ages back into the courtyard and toward the Middle Way. The reader will not be lost in discovering what the courtyard meant then and what it can mean now.

“Confucius’ Courtyard” should be read like one would tend a courtyard: slowly and with care. There is a lot of Chinese history that most readers will be very unfamiliar with, and it may be difficult to keep up with some of the historical figures mentioned throughout. When it comes to thousands of years of civilization, that issue clearly goes without saying.

For readers interested in learning about ancient Chinese civilization, its architecture, and how the courtyard played a central role in everyday life, this is a supreme work. Readers may even find themselves prodded to re-create an ancient courtyard themselves.