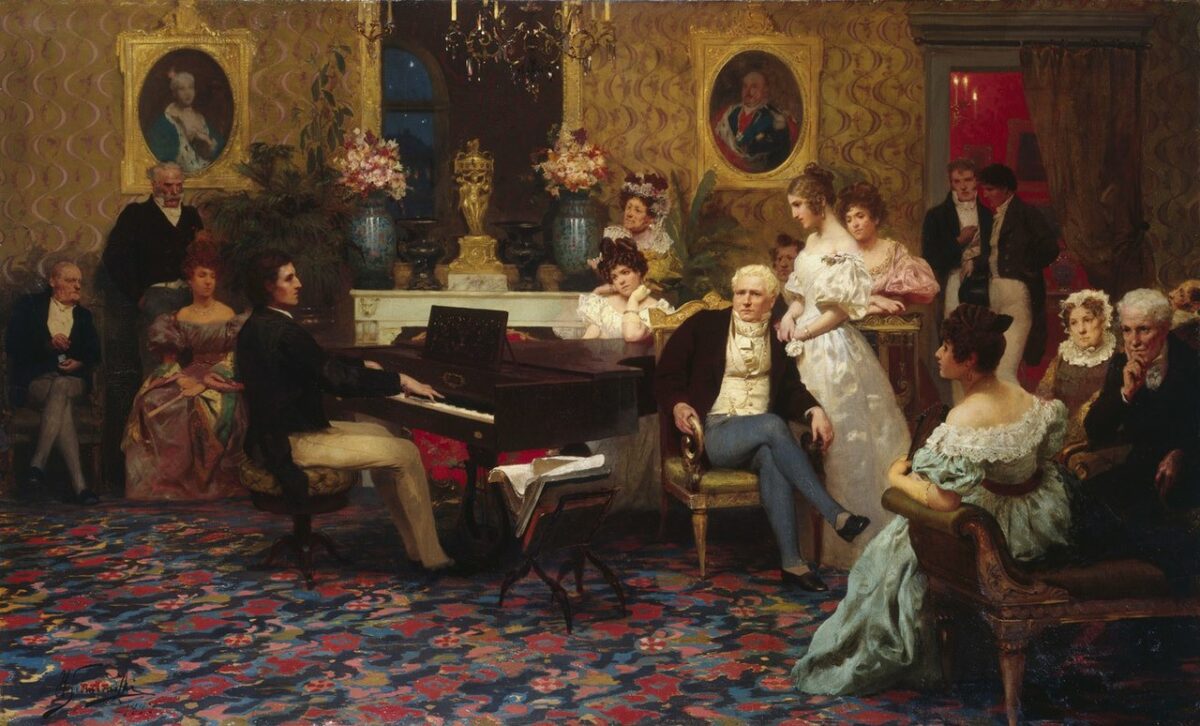 Book Review: ‘Chopin’s Piano: In Search of the Instrument That Transformed Music’

Many years ago, I purchased a very tall intricately carved antique hutch. It’s still with me. I’ve never had it appraised, and the only identifying marks inside point to a German manufacturer in the late 1800s. I have often wondered what other rooms it has graced.

Frédéric Chopin has always been one of my favorite composers. His compositions are often intricate and complex yet reveal such a soulful quality.

My fascination with author and conductor Paul Kildea’s “Chopin’s Piano” is that he takes readers on a fascinating musical journey. It’s one that traces the history not only of the humble instrument that Chopin used to create his now-famous 24 Preludes but also of all the ingredients that come into play when art transcends the ages and thrives.

Today, pianists are at liberty to interpret Chopin’s Preludes. Most are played to audiences on impressive grand pianos bearing the names of renowned and respected manufacturers.

But when young Chopin visited Majorca, Spain, in 1838 with friend and lover George Sand and her children, the Preludes were notes in his head waiting to be put on paper and, hopefully, played out on a keyboard.

While waiting for a Pleyel piano to arrive (held up in Customs), Chopin turned to a local craftsman named Juan Bauza who built a small piano, a “pianino,” for him to use. It was on this modest instrument that several of the Preludes were composed, music that has delighted and bemused listeners, players, and critics for generations. Chopin’s Preludes are today considered one of the great and revolutionary works of musical Romanticism.

To add to Chopin’s creative ambiance, he was playing this “pianino” in a cell of an abandoned monastery at Valldemossa, in the mountains above Palma, where they had rented quarters.

While the outside environs boasted flowering trees and beautiful vistas, the inside rooms were often dark and damp, conditions that didn’t bolster his health. Chopin suffered from consumption.

These were the early days of piano making. Steinways would be a coming attraction.

When Chopin and Sand left Spain, the “pianino” remained at the monastery for 70 years.

Long after Chopin’s death in 1849, another famous Polish pianist, Wanda Landowska, who was particularly fond of Chopin’s compositions, was delighted to find this instrument touched by Chopin’s hands and purchased it in 1913 while visiting Majorca.

Readers will now learn her story and her influence on 20th-century music. She compiled her own collection of instruments over the years and library of music. Much of the information that Kildea shares with readers come from her private papers.

Her protective care of her beloved keyboards and music manuscripts ended in 1940 with the Nazi occupation. Works of art, instruments, and other collections were confiscated, many ending up scattered throughout Europe.

Landowska was fortunate that some five years later, primarily through the efforts of the Allied armies’ Monuments Men and meticulous collaborative organizations, the instruments were discovered and returned to her home in France.

By this time, she was living in the United States, so decisions were made about what to do with each piece. Shipping costs were in most cases prohibitive.

Kildea weaves an exquisite narrative, with the fate of this instrument and the man who composed on it as the foundation. But the whole story is so much more. It’s a sweeping one that explores the development of piano making, the way that different pianists interpret a piece, and the way that music—in this case Chopin’s—can inspire and lift the spirit of so many over many generations.

Prepare yourself for a level of detail that can be daunting (distracting at times), even perhaps for those who would claim to be music aficionados.

Kildea is meticulously generous with his vast amount and scope of information to add to the story. He will describe lithographers and their renditions of port and market life (to give you an idea of the streets that Chopin walked while in Majorca).

I know now, but didn’t, that belladonna (a poison) was used as eyedrops (dangerous to the eyes) in Victorian ladies’ eyes to give them a luminous and presumed seductive glow. Many ladies on stage used it. That bit of information alone had me shift to Google to learn more about Victorian makeup techniques.

Since Kildea has been an artistic director, he explains how performances were handled in the artistic houses, the lighting, the décor, who decided who played, and what they played. Chopin’s Preludes were not immediately embraced outside of private salons. In many ways, they were 24 separate ideas, each with their own originality, theme, tempo, and structure.

Even though some of Kildea’s digressions take you down diverse historical paths, it all adds to the complexity and creative beauty of how a piece of music or art comes into being.

Details aside, it’s lavishly and lovingly written in sparkling prose. It’s a celebration of a man, his music, and the instruments that share their place in history.

Put on one of Chopin’s Preludes; No. 15: “The Raindrop” is softly mesmerizing. Settle in to appreciate and celebrate the spirit of creative genius.