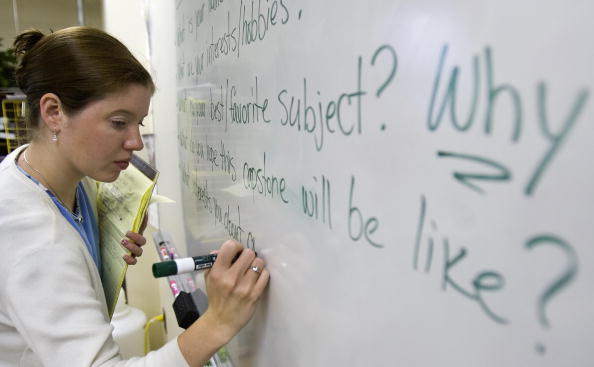 Book Review: ‘Battle for the American Mind: Uprooting a Century of Miseducation’

It’s been 14 years since our youngest graduated from high school. Much has changed in the public-school arena just in the last decade. None of our children were faced with critical race theory or gender politics in the classroom. I didn’t worry about what they were reading in literature classes.

I’m thankful that our three grown children are out of the education system, but now we have four young grandbabies, four fresh young minds just starting out, and it’s worrisome given the current climate of classrooms across the country.

In “Battle for the American Mind: Uprooting a Century of Miseducation,” author Pete Hegseth is on a mission to save American education and our Western culture along with it.

He does a convincing job in his book by going back historically to take a look at the depth of the problem that America faces in restoring a philosophy of education long since lost. He argues that the progressive takeover of the educational pipeline goes much further back than any of us would have imagined, certainly starting before most of us were in school.

It’s reached a point now where, due to the strength of teachers unions, not only is the classroom curriculum compromised but also the caliber of teachers and the composition of school boards, as well as what’s being written in the textbooks. It’s a one-sided view, in his mind, and not worthy of being taught to kids.

He fully admits that along with most of us, he has been indoctrinated by an educational system that has replaced reasoning with memorization and rote routines. It’s all part of an orchestrated plan for political control, and it goes deeper than K–12 education. It strikes at the heart of cultural and economic order; above all, it dissolves the old reliance on Christianity.

For Hegseth and David Goodwin, who is founder of The Ambrose School in Idaho and a contributor to the book, a once-treasured ingredient in how children are raised has systematically been targeted and removed over time. He refers to it as Western Christian Paideia (WCP), and he uses the term repeatedly throughout the book. I suspect “paideia” is not a word that most readers are familiar with or use. It encompasses much more than subject matter learned in school.

As Hegseth writes: “Paideia, simply defined, represents the deeply seated affections, thinking, viewpoints, and virtues embedded in children at a young age, or more simply, the rearing, molding, and education of a child.”

Hegseth, an Army veteran, author, and proud father of seven children, is nationally known as the co-host of “FOX and Friends Weekend.” For him, his FOX Nation documentary “The Miseducation of America” touches the surface of what’s at stake if parents and grandparents don’t rally to turn around a century-long assault not only in America’s classrooms but also on American culture rooted in Western civilization.

Influences from Europe, like the German Frankfurt School settling in New York and finding a home at Columbia University in the 1930s, as well as phenomena occurring earlier in the 20th century such as the push toward industrialization and the need to produce workers rather than thinkers, the decline of churches, the creation of the Department of Education, the rise of teachers unions, and the policies of past presidents are all key ingredients leading to our present crisis, according to Hegseth.

But his book is more than a rallying cry to state the problem; he digs deep to look at the root causes. He does this to further educate. Readers will have a clear understanding of what’s happened. And rather than hiding in a hole and giving up, he proposes a game plan—a state of play to take back what was once revered and considered virtuous.

For Hegseth, Western Christian Paideia has four core battlements: Reason, Virtue, Wonder, and Beauty. Christ is at the center of them all. Faith and truth drive the narrative.

“Progressives made three fundamental changes to diminish reason in America’s schools. First, they removed logic and rhetoric from the curriculum. Second, they stopped using the Socratic method, or the requisite study of world history, philosophy, and theology. And third, they divided subjects into silos without a unifying frame. In short, they completely hollowed out the classical Christian education framework that had birthed the American experiment.”

Hegseth’s Army background has him intentionally using, at times, military terms to perhaps shock readers into action. For him, it’s not just an academic argument or a political debate. He wants to win back the thousands of hours that children spend in K–12 education.

Pull your kids out of government-run schools. Seek out Classical Christian Schools—there are hundreds across the country—and take a stand. Make sacrifices.

Saving our republic starts with our most fragile and precious minds: our youngest children. Our most vulnerable are at stake.

Pete Hegseth and David Goodwin make a case to save our republic by sending children to to faith-centered schools. The situation is not good, but it’s not hopeless. The war can be won.

Anita L. Sherman
Follow
Anita L. Sherman is an award-winning journalist who has more than 20 years of experience as a writer and editor for local papers and regional publications in Virginia. She now works as a freelance writer and is working on her first novel. She is the mother of three grown children and grandmother to four, and she resides in Warrenton, Va. She can be reached at anitajustwrite@gmail.com
SHARE
Friends Read FreeCopyFacebookTweet
SHARE
Friends Read FreeCopyFacebookTweet
You May Also Like