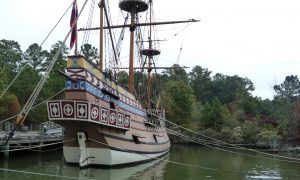 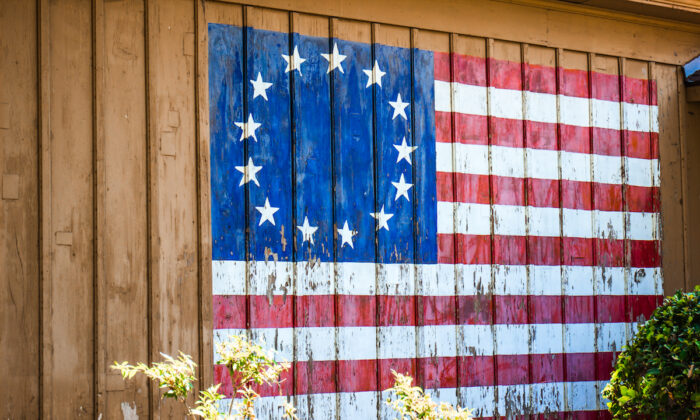 The promise of past days
By Linda Wiegenfeld

There’s an impressive monument in Plymouth, Massachusetts, that honors the ideals of the Pilgrims. Known as the National Monument to the Forefathers, it was designed by Boston artist Hammatt Billings, and at the time of its dedication in 1889, the monument was visible for miles. But years of tree growth have concealed it. It is now a hidden gem.

Dana Huntley’s new book “America’s Forgotten Colonial History” covers the 150 years—the six generations between Plymouth Plantation and the mid-18th century—that have not been extensively written about. Like the National Monument to the Forefathers, this time period is a hidden gem of history.

During this period, the population colonizing English North America, Huntley writes, grew from a few hundred to 2.5 million. Thirteen separate colonies, each with its own capital, came into existence. Philadelphia, New York, and Boston developed into major British trading ports. The groundwork was laid for the future, and more besides.

Huntley is able to give the reader a comprehensive backstory on this era as he has knowledge of both sides of the pond. Born on a New Hampshire dairy farm, he comes from English gentry—farm families—on both his mother’s and father’s sides. The families were here before the 1640s and played a role in every part of New England history.

Just as important, Huntley takes a balanced tone when talking about colonial days—a virtue any book on history could use more of these days.

From Royalty to Self-Government

Huntley does a wonderful job in describing England’s royalty. He provides a good reminder that the English royals believed in their divine right to rule, and even if their specific authority was subject to negotiation, the English people in the time of the colonies did not question their right to rule.

Particularly fascinating was the section on Henry VIII. In a very entertaining manner, Huntley summarizes Henry VIII’s reasons for wanting to divorce, leaving the reader hungry for even more details. Henry’s desire to divorce would drive him to break his Catholic ties and form the Church of England.

In tracing the English royals, the author skillfully contrasts this English conception of the world with that of the colonies, where the idea of democratic government was beginning. The Mayflower Compact (signed on Nov. 11, 1620) was, Huntley says, “probably the first instrument of self-government ever drawn up that reflected a Reformed Protestant view of the world.”

As the colonies were far from Mother England, a country often distracted by its own problems, England did not take an active role in managing the developing colonies. As a result, America became self-reliant, and when England tried to reassert its power at a later date, it was too late.

From Conformity to Religious Freedom

It may be difficult today for us to see that differences in England’s Christian churches’ beliefs, practices, and worship liturgies could cause so many years of warfare, persecution, and torture, yet Huntley explains that is exactly what happened.

It was inevitable, then, that with the religious and political climate so unpromising in England, many would decide to emigrate. Huntley has an especially impressive section on the Puritans, who willingly endured hardships on crammed ships and risked everything to create a society in the largely uncharted colonies in order to practice their faith.

Ironically, the Puritans did not extend the same religious freedom to those who did not share their beliefs, but they did establish the concept. Roger Williams, Anne Hutchinson, and William Penn were among the leaders who chose to continue the idea of religious liberty.

Today, religious liberty has become a fundamental American right. Yet, just as it has been threatened in the past, it is threatened now. Huntley’s book reminds us that religious freedom needs to be affirmed by every generation if the American experiment is to endure.

Capitalism was at the heart of establishing the colonies. The colonization of America was due in large part to charter companies, wherein stockholders, usually merchants and wealthy landowners, sought personal economic gain.

As establishing colonies was an expensive and risky business, charter companies allowed the Crown to reap the benefits of colonization—natural resources, new markets for English goods, leverage against the Spanish—without bearing the costs.

English companies needed people willing to settle in North America. So they offered land to anyone who would risk crossing the Atlantic. Many of the settlers could never have owned land in Europe. This new advantage led to the tradition of equal opportunity in America.

Huntley emphasizes capitalism’s extraordinary achievements in the early days. Capitalism worked because people could improve their place in society and could enjoy goods and services not formerly available to them.

However, Huntley also shows capitalism at a dark time. Plantation owners soon found that indentured servants, who were promised freedom and land at the end of their indenture, were not going to be an efficient, sustainable source of labor, and slavery, unfortunately, began in earnest.

The horrific legacy of slavery can never be forgotten. To paraphrase a statement by Churchill about democracy: No one pretends that capitalism is perfect or all-wise. Indeed, it has been said that capitalism is the worst economic system except for all those other systems that have been tried from time to time.

The idea of capitalism as a free market, with Americans, rather than the government, making their own individual choices was promising in the colonial days and continues to be promising today.

In sum, Huntley’s book is an entertaining and comprehensive study of a 150-year period, but it is only a starting point for further study.

For Americans, the study of U.S. history is essential. Our country can only work well when we as citizens make well-informed decisions and when we do not become vulnerable to false ideas. Beyond that, not only can such a study provide us with an educated insight into where our beliefs come from but, in giving us a sense of shared experiences, it can also unite us.

It is fortunate, then, that this book leaves me wanting more, and leaves me with the reminder of just how amazing and unique the American experience has been.