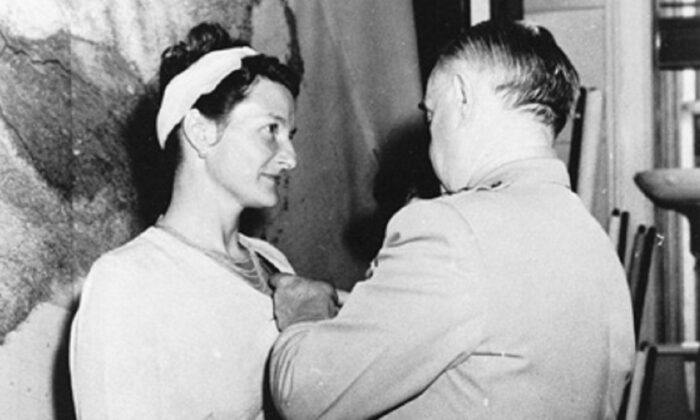 Book Review: ‘A Woman of No Importance: The Untold Story of the American Spy Who Helped Win World War II’

A British biographer and journalist, Sonia Purnell pored through documents in England and the United States for more than three years as well as conducting countless interviews to write the book “A Woman of No Importance: The Untold Story of the American Spy Who Helped Win World War II.”

A credit to her craft, Purnell gives readers a riveting account of the life of Virginia Hall, an American would-be socialite turned spy who made her way through the espionage world—one largely dominated by men. She did so with brains, bravado, and a fierce loyalty to her friends, France, and freedom during the years leading up to World War II and in its aftermath.

Hall’s expertise, formidable presence, and charming charisma won her friends and foes alike as she battled against a brutal Nazi regime, barely escaping capture on more than one occasion.

England’s Special Operations Executive (SOE) was established in 1940. Winston Churchill’s wake-up call to Europe was to create an “unprecedented onslaught of sabotage, subversion, and spying.”

Hall was fluent in several languages. Her education had taken her to France for part of her schooling. Her early ambitions to be a diplomat with the State Department had left her rejected and dejected until a chance meeting with a British undercover agent proved serendipitous.

Giving her only a 50-50 chance of survival, SOE accepted her.

“It was generally accepted that in the field she would either learn fast or die. In any case most of her colleagues thought all women incapable of such a demanding and dangerous job. It was up to her to survive and prove them wrong,” Purnell writes.

In short order, once on the ground in France, Hall created a network of crusaders championing the cause of the French Resistance. Successful on several levels, she orchestrated sending information to London about German troop strength and movements. Her true forte was in creating resistance groups and masterminding guerilla-type attacks.

With a keen eye for judging character, she enlisted those from among police officials and prostitutes to doctors, nuns, and merchants. Her web of cohorts was fiercely effective, forming one of the largest resistance movements in France. In fact, on the German Gestapo hit list, she was deemed the most dangerous spy in France.

Hall’s resistance groups provided critical support when the Allies invaded Normandy. Her well-planned attacks farther inland kept the German troops away from reinforcing those at the beach.

In 1946, France awarded Hall the Croix de Guerre With Palm, a high-ranking medal for heroism in combat.

Her final escape from France took her over the Pyrenees into Spain during winter—no easy feat traversing hazardous mountain trails with but a few companions and “Cuthbert,” her prosthetic left leg.

Back in the States, Hall was one of the first women to join America’s version of the SOE, the Office of Strategic Service, which later became the Central Intelligence Agency during President Truman’s administration.

While never having a family of her own, Hall did eventually marry and was able to experience some serenity.

A New York Times bestseller, winner of the Plutarch Award, and a finalist for the National Book Critics Circle Award, Purnell’s compelling and well-researched book deserves our attention. But that is easy: Purnell’s account of Hall’s story reads like a fast-paced thriller, and Hall’s deeds are on a Homeric level: full of action, adventure, intrigue, and treachery.

This read will make you proud. Virginia Hall is an amazing heroine worth knowing.