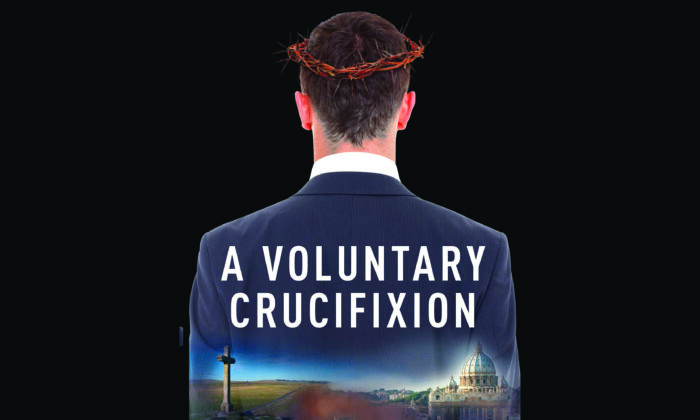 Cover of “A Voluntary Crucifixion” by David J. MacKinnon.
Literature 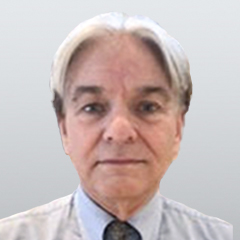 “I am an uneasy man, severe with myself, like all solitaries.” — Blaise Cendrars

David J. MacKinnon’s “A Voluntary Crucifixion” is a book about memory and the elusive task of capturing in prose the people, places, and events that have gone into making an eventful life.

In “A Voluntary Crucifixion,” MacKinnon’s acerbic wit cuts into the absurdities of modern life. The book opens with the author, en famille, waiting frustratedly at the airport in Reykjavik. He asks his son, “How do I look?” His son responds, “You look gaunt and ghoulish.” David, the proud father, comments, “Ah, salve for my wounds. My offspring knows the words gaunt and ghoulish. Hope still there—two cerebral souls in a Gomorra of cretins.”

MacKinnon has led an extraordinary life. It has taken him from Vancouver to Montreal, onward to Hong Kong and Paris, then to London and an audience with the Pope in Rome. He is currently resident in Amsterdam.

The author provides an honest appraisal of what lies behind his restlessness: “A bottomless spiritual hunger has seized the world. The more you feed it, the more it grows.” MacKinnon’s life might be read as the archetype of the contemporary spiritual quest.

“A Voluntary Crucifixion” defies easy categorization. In one sense, it’s a straightforward memoir, a candid recounting of the author’s life. Yet the book is cannily subtitled, “Prose by David J. MacKinnon.” I suspect it is easier for a publisher to market “prose” rather than a memoir. But in fairness, a memoir doesn’t quite fit. The book might best be categorized as episodes of Canadian history as experienced by the MacKinnon clan.

The ancient clan of the MacKinnons, it turns out, is fiercely dedicated to several intergenerational passions, including Catholicism, alcohol, the law, patriotism, scholarship, and the commonweal of Canada. He writes, “My family is governed by a thirst for knowledge, a thirst for drink, and a thirst for justice, dictating the course of our lives far more than we dare admit.”

The author is masterful at re-telling fascinating incidents from Canadian history. For example, during the 1920s, the Ku Klux Klan tried to establish itself in Saskatchewan but soon abandoned it as a lost cause. As MacKinnon notes, anyone familiar with the Prairies knows that rural folk in Canada possess a strong tradition of co-operative action, as well as a hard-nosed ability to detect nonsense. They weren’t likely to support the Klan’s divisive message.

But there is an ironic contemporary coda to the Klan’s attempt to convert prairie farmers. He writes, “The Klan, and its very ephemeral membership, were targeting two groups—Jews and Europeans—who, ironically, have re-emerged as pantomime villains in the small “l” liberal-left commedia dell’arte performed by snowflakes and millennials worldwide that all Europeans are responsible for all oppression since the beginning of recorded history.”

MacKinnon is proud of Canada but has no delusions. His patriotism is tempered by a gimlet-eyed appraisal of Canadian power centres’ realpolitik and the deceit endemic in much of the Canadian establishment. Working as a lawyer in Montreal, he saw this corruption first-hand. He writes, “Aye, it is a great and glorious thing to be a MacKinnon, just as long as you don’t … discredit the powers that be with any Papal delusions about bringing moral purpose to the enterprise of governing this great land.”

In this context, one of the more poignant moments in the book is a brief conversation between the author and his young son. David tells his boy of the MacKinnon clan’s great respect for the law. The son says, “You always tell us Canada’s about the rule of law.” In the age of Trudeau-the-Younger, the dad sadly replies, “Not anymore.”

Among the pleasures the reader encounters are the author’s incidental observations. He is a Russophile who as a boy read Dostoevsky, Tolstoy, and Gorky while his friends watched hockey. He studied Russian literature at both the University of British Columbia and the Sorbonne. He remarks, “Russia was then, as it is today, a mystery, still locked in its eternal mind-split as to whether it is European or Slavonic. As if Tolstoy and Dostoyevsky, rather than liberating them, paralyzed the entire nation in a gyre of division as to its identity.”

There is much else to recommend this wild romp of a book. Some compare MacKinnon to Charles Bukowski, while others have compared him to the French vagabond poet Blaise Cendrars, whose radio interviews he has translated. However, if we insist on comparisons, his unapologetically male, testosterone-infused sentences bring to mind Hunter S. Thompson—albeit a Thompson educated at the Sorbonne with the discipline to maintain membership in two law societies.

MacKinnon’s prose is eloquent and erudite, sometimes challengingly so. The sad irony is that critics in New York and Paris sing his praises, while our Toronto-centric media mostly ignore him. Such is the fate of the Canadian cosmopolitan.

As to the veracity of what is reported, some of which strikes one as quite fantastic, I cannot say. As MacKinnon himself observes: “I suppose a lot of things can fog the memory. Particularly war.”

Indeed. And don’t forget the passage of time.

Memory gets fogged. Whether the accounts set down in “A Voluntary Crucifixion” are accurate, exaggerated, or entirely fabricated hardly matters. In “Speak, Memory,” Vladimir Nabokov says, “Some might think that the creativity, imagination, and flights of fancy that give my life meaning are insanity.” We might say something similar about David J. MacKinnon. As Borges reminds us, the line between fiction and reality is a thin one.

MacKinnon’s memoir recounts an extraordinarily eventful life. Yet throughout, there is a thread of anguished refinement, a kind of inchoate sorrowful yearning, but paved over by a veneer of angry defiance, doubtless born of his Scottish ancestors. MacKinnon has a gift for narrative style, and his prose is rich and full, laced with allusions, both classical and modern. The book is witty, laugh-aloud funny, and, in the end, wise.

“A Voluntary Crucifixion” deserves a place on the shelf as a modern Canadian classic. MacKinnon is unquestionably brilliant. As wild and untamed as his Celtic ancestors perhaps, but brilliant.