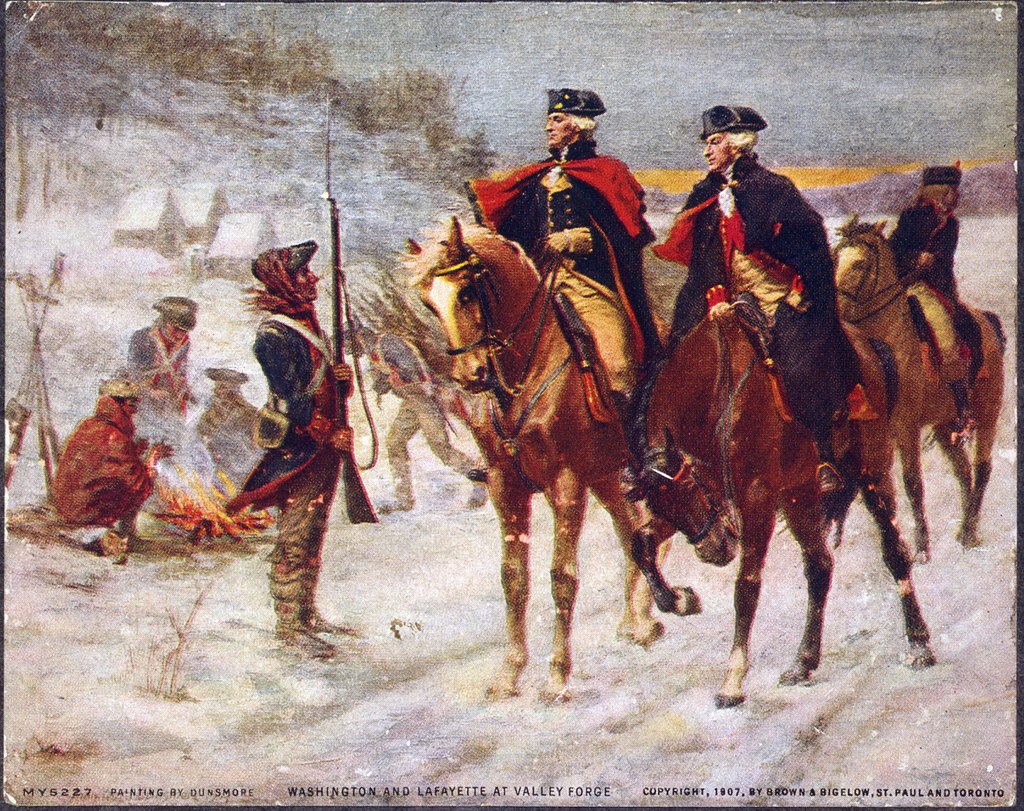 As I finished the last pages of Peter Stark’s “Young Washington: How Wilderness and War Forged America’s Founding Father,” I could hear the distant bursts of fireworks—early celebrations for the Fourth of July. Very fitting as I closed a read capturing the early life of our nation’s first president.

I very much enjoyed (and reviewed for The Epoch Times) another of Stark’s books, “Astoria,” recounting the two-pronged expedition–one by land and the other by sea—to establish a city on the Pacific Coast near the Columbia River, spearheaded by businessman John Jacob Astor with the blessing of then President Thomas Jefferson. It was a harrowing narrative.

Stark, himself one to embark on wilderness adventures, gives readers another engaging and enthralling narrative, this time taking a look at a young George Washington two decades before he leads America to independence.

I suspect that most of us grew up learning about a stately, mature, white-haired gentleman known for his military and political prowess, who led the charge against British dominance in the latter part of the 18th century. He was also a farmer, grew tobacco, and lived at Mt. Vernon.

But what of his early life? Was it so glorious and rewarding?

Although esteemed and not without some wealth and property, the Washingtons were not in the first tier of landed aristocracy. Young George was not sent away to England for his education. His father died when he was 11, and his mother did not want him to go to sea. His early years as a surveyor were sort of a punt position. He had grander things in mind.

While always coveting a commission in Britain’s Royal Army, Washington, at 22, was a young colonial officer serving the British Empire in the very vast wilderness of the Ohio Valley. He was tall, athletic, a fine rider but inexperienced, naïve, and at that time very self-absorbed and keen on self-promotion. He was often at odds with his superiors. He was given to outbursts of anger and easily offended.

But in the mid-1700s, he found himself deep in territory that the French claimed as their own, the Indians had lived on for centuries, and the British also claimed. His first mission was to deliver a letter from the governor of Virginia, Robert Dinwiddie, to the French commandant. It was not a gold-gilded task.

Sporting a fancy uniform and social standing didn’t matter. Surviving was what counted. Washington got several harsh lessons when he found himself in frigid waters after a fall from a rocketing raft, when he faced sleepless nights in dense, unknown forests, or when he disregarded the advice of more experienced guides. Many of his impulsive and rash decisions had dire consequences.

Always patriotic and with a keen sense of honor, Washington also railed continually for higher rank and commensurate pay. In his mind, colonial officers should be on par with their British Royal Army officers.

Stark’s writing is so vividly visual and he writes with such strong and powerful narrative that readers will be shivering along with the troops, terrorized by the thought of being scalped, or suffering the pangs of dysentery from poor sanitation or contaminated food.

One of Washington’s early encounters with a small French contingency left him feeling quite victorious. How the skirmish was handled was met with mixed reactions. Many historians concur that it may have been a spark that ignited the French and Indian War, a conflict that spanned some seven years.

As Stark notes in his heavily researched and annotated narrative:

“The eighteenth-century British commentator Horace Walpole would famously remark, ‘The volley fired by a young Virginian in the backwoods of America set the world on fire.’”

Greatness in the Making

Washington was a big fan of the theater and perhaps saw himself as an actor on the world stage. When in the wilderness, one was brave and courageous. When in genteel society, one dressed well, danced eloquently, and rubbed shoulders with officers and gentlemen. Washington could shift hats easily and with dignity and grace.

Although ambitious, Washington became a caring advocate. The wilderness with all its charm and fury formed and transformed him. He morphed from a temperamental self-achiever into a mature leader.

Enduring summer storms and subzero winters infused a fierce resiliency and growing self-reliance, all preparing him for what he would eventually face at Valley Forge.

He may have made mistakes, but he moved on. These became life lessons rather than a life sentence. Leading troops into battle taught him to set aside his own ambitions and stand in solidarity with those who counted on him for leadership and diplomacy. The welfare of the whole became more important than his own heroism.

Washington survived battles and illnesses. He came to believe that he was destined, protected by Providence, for a greater place in history.

This is no mildewed tome; it’s a cinematic adventure set in historical context.

Stark brilliantly tells a story of a young, ambitious Virginian and the trials and tribulations that molded his character and ultimately cast him as the leader of a nation.