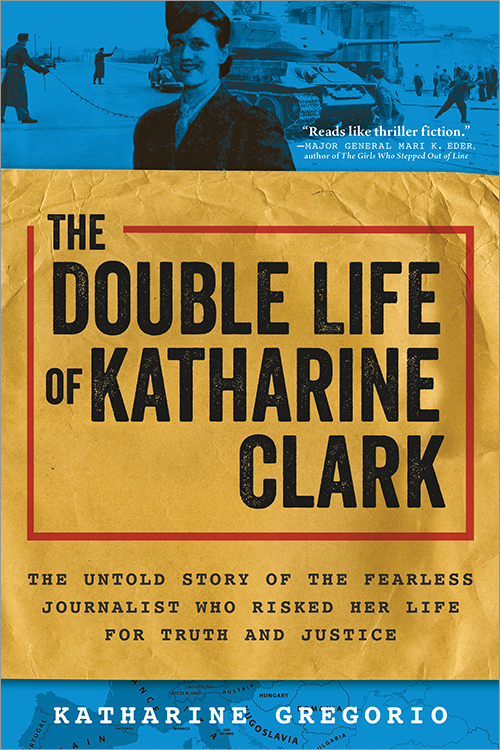 Book Recommender: ’The Double Life of Katharine Clark,” a Real Life Story of Escaping Communism That Reads Like a Heart-Pounding Spy Thriller

An insider’s look at the grim realities of communism in Eastern Europe in the mid-20th century, through the eyes of an American
BY Mark Lardas TIMEMay 31, 2022 PRINT

Katherine Clark was an investigative reporter active between the 1940s and 1960s. She was the first female Allied war correspondent entering Berlin in 1945. Her 1950s beat was Eastern Europe. There, she spoke truth to power, what investigative reporters are supposed to do. But she spoke the wrong kind of truth about the wrong kind of power. So, unlike those widely lionized today, like I.F. Stone, Clark has been allowed to be forgotten. Until now.

“The Double Life of Katharine Clark: The Untold Story of the American Journalist Who Brought the Truth about Communism to the West,” by Katharine Gregorio, brings Clark’s biography to the attention of a new generation of Americans. What a story it is.

Gregorio focuses the story on Clark’s Eastern European years, when Clark covered anti-Soviet uprisings in Poland, Hungary, and Czechoslovakia. More importantly, it reveals her efforts on behalf of Milovan Djilas, one-time vice president of Yugoslavia. An ardent communist who became disaffected with communism, he was stripped of his position and the privileges and power that went with it after speaking up against Yugoslavia’s totalitarianism.

Clark, then a stringer, was living in Yugoslavia with her husband, a correspondent for Time. They had befriended Djilas and his family before his fall. Their friendship continued afterward. This friendship led her to help Djilas publish magazine articles and two landmark books, “The New Class” and “Land without Justice,” in the West. These were among the first works from behind the Iron Curtain revealing the failures of communism. Clark helped translate these works into English, smuggled them out of Yugoslavia, and found publishers for them.

Gregorio’s story is factual, but it reads like a John le Carré or Alan Furst spy thriller. Gregorio takes readers into the forgotten world of 1950s communism. She shows how Clark and her husband worked in the communist system’s cracks and evaded the secret police to cover stories and get Djilas’s documents to the Free World. Gregorio also shows the challenges Clark faced as a woman reporter in the then-male-dominated news industry.

“The Double Life of Katharine Clark” is an exciting read. It retrieves Katherine Clark from ill-deserved obscurity. Clark was Gregorio’s grandaunt, which gave Gregorio access to family lore and Clark’s archives. Gregorio combined that with extensive period research. The result is a story that holds special relevance today, when so many are infatuated with socialism, forgetting the past’s lessons of its flaws.

“The Double Life of Katharine Clark: The Untold Story of the American Journalist Who Brought the Truth about Communism to the West” by Katharine Gregorio (Sourcebooks, March 2022).