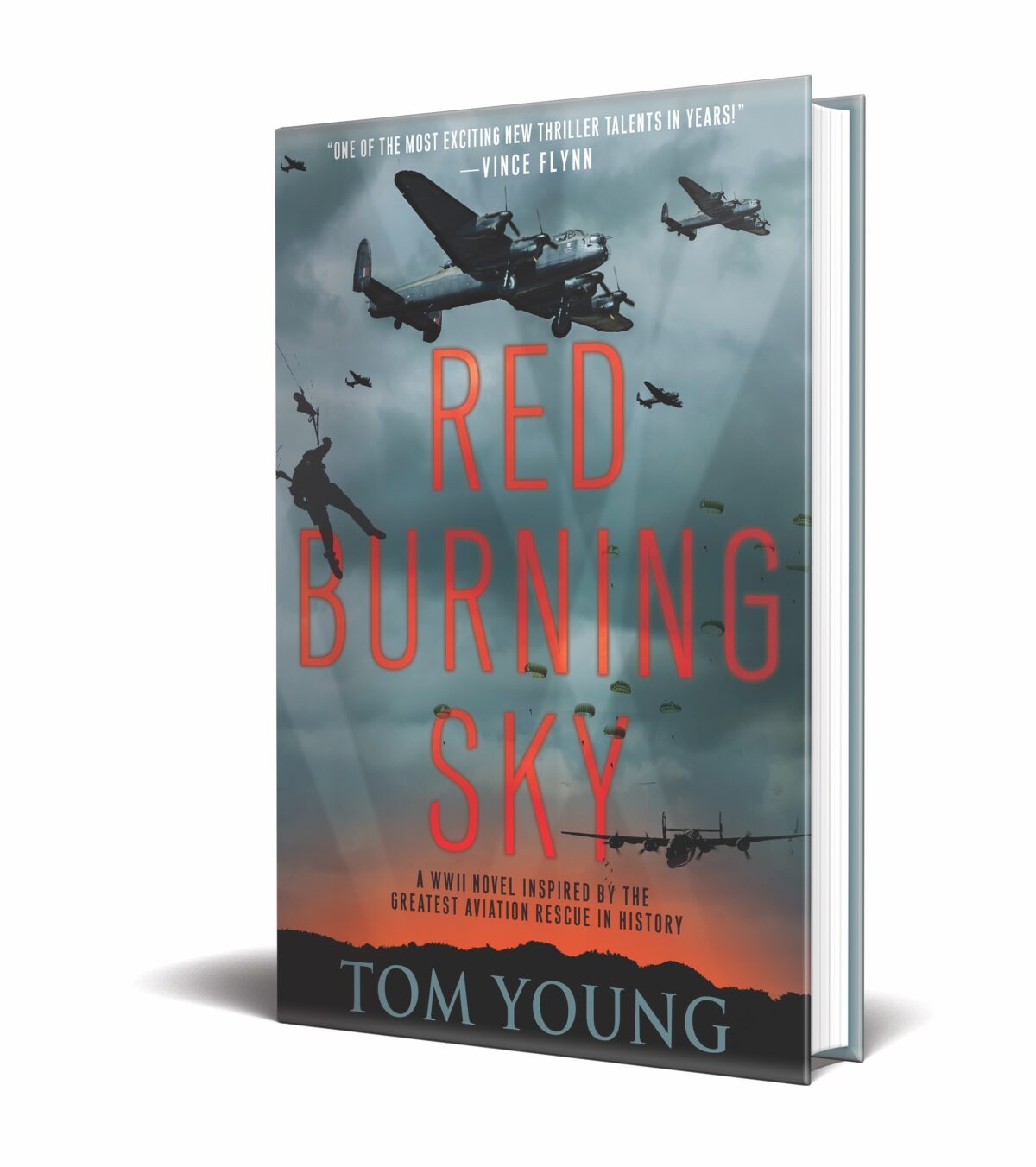 Bill Bogdonavich is a bombardier in the Army Air Force during World War II. He is on the run from the Germans after being shot down over Yugoslavia. Drew Carlton is a pilot. He is training C-47 pilots in Texas. He would rather be overseas. “Red Burning Sky,” a novel by Tom Young, brings the two together. It is an unlikely meeting in an unusual location.

Bogdonavich is one of nearly 500 Allied aviators trapped in Yugoslavia after being shot down in 1944. They are being sheltered by Chetnik guerrillas while seeking to avoid the Nazis, the pro-Nazi Black Chetniks, and Tito’s Communist partisans. A three-sided war rages among the guerrilla groups and the Nazis. The downed airmen are becoming too numerous to hide and impossible to smuggle out by sea.

The Allied solution is flying C-47s from Italy to improvised airfields in Yugoslavia to get their aviators out by airlift. It has to be done secretly. Only unarmed transports are capable of landing on a rough airstrip and carrying out reasonable numbers of men. If detected, German fighters would slaughter them. Worse, the Nazis will overrun the airstrip if they learn of the attempt.

Carlton is one of the pilots volunteering for the mission. He is in semi-disgrace, relegated to training duties after aborting on his first three combat missions in Europe. He wants an opportunity to face his fears and redeem himself after being transferred from bombers to transports.

Bogdonavich has his own issues. He is a first generation American, born in the United States after his Serbian father came to America. He spurned his Yugoslav heritage as “old-country” and out-of-touch. One of the few airmen who speaks Serbian, he is pushed into a leadership role despite his junior rank. He begins to realize these old-country Serbs have many virtues, a heritage he failed to value growing up. Like Carlton, Bogdonavich has to rise above his past for the mission to succeed.

Young’s novel is based on the historical Operation Halyard. He takes some liberties with history, but he accurately represents the rescue that occurred in 1944 Yugoslavia. Events come to a fast-paced and exciting climax as Bogdonavich and Carlton work with the Chetnik guerrillas to spirit the downed men out of Yugoslavia before the Germans discover what is happening—or the communists stop it. “Red Burning Sky” is an entertaining tribute to this operation.