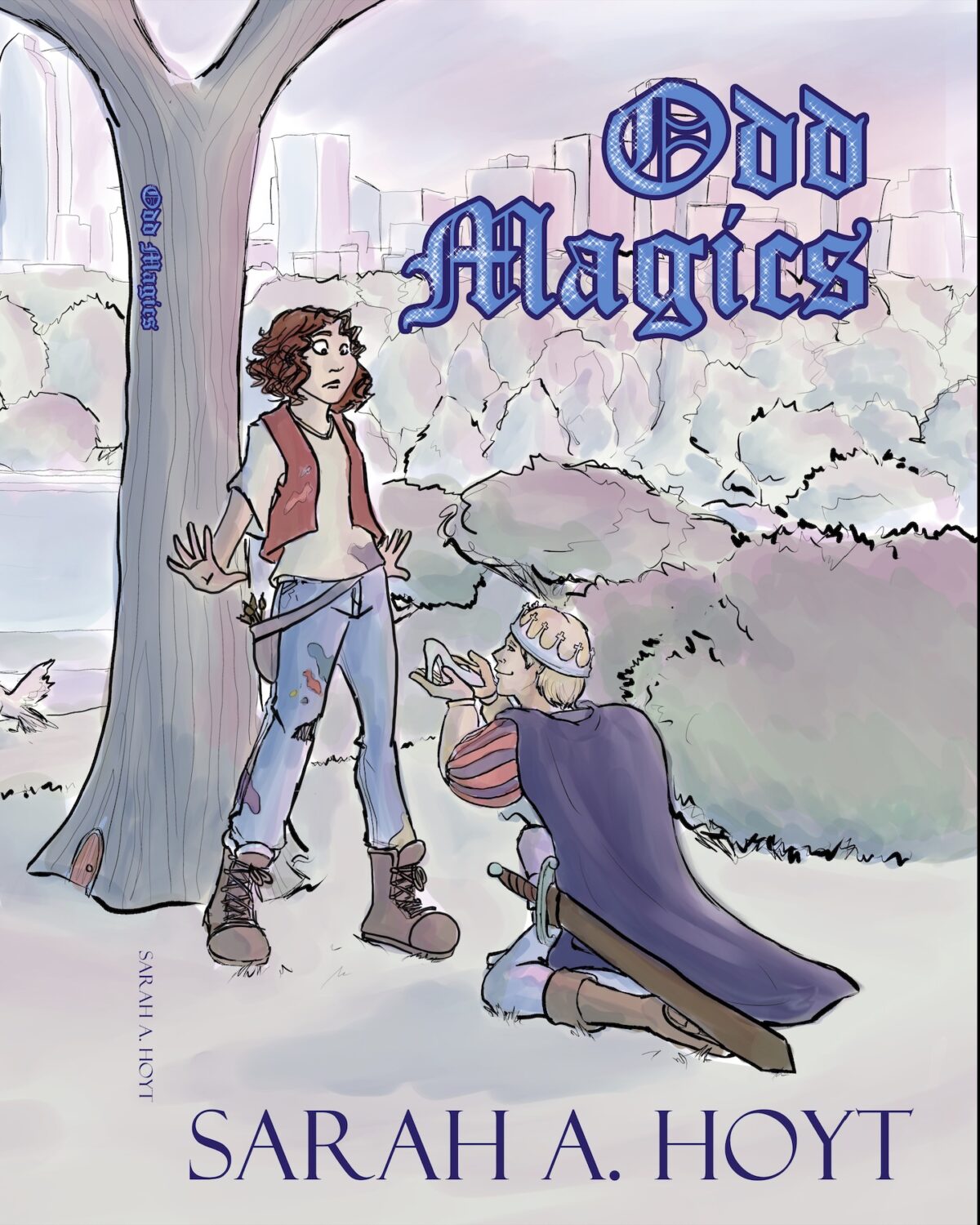 Fairy tales served as medieval entertainment. They were cautionary tales, with advice about how to live your life, as much as they were fables. They were not just for children.

“Odd Magics: Tales for the Lost,” by Sarah Hoyt, is a dozen updated fairy tales, snatched from traditional roots and garbed in modern clothing. Hoyt has taken stories you read as children, giving them her unique spin.

They are all there, the Frog Prince, Cinderella, Rumpelstiltskin, Rapunzel, Sleeping Beauty, and seven more. No longer set in never-never land, they take place in 21st-century America (mostly Colorado).

They are delightfully weird. Some start out with the protagonist wondering if he or she might be hallucinating or imagining things. There is often no other way to explain what occurs in our world; a giant frog dropping out of the sky, a missing glass slipper, oddly-behaving mirrors. Others begin normally before segueing into something remarkable: trips into fairyland or an enchanted ball, discovering your beloved is a fairy-tale dwarf.

A few start normally, but with a fairy-tale plot. In one, a husband and wife going through a divorce rediscover their love for each other. In another, a man alienated from his father rediscovers the magic—in a figurative sense—in the old family farm, abandoning the fast lane in New York to return.

As with the original fairy tales, these stories have lessons. They show the importance of family and love. (Most end with the “happily ever after,” enumerating the children the featured couple later have.) They underscore the impermanence of life. They demonstrate the futility of blindly pursuing material gain or current fashion. Indeed, Hoyt highlights traditional values with these stories.

This is a book for all ages. A teen or tween could benefit from the lessons that subversively undermine the siren song of today’s anti-traditional trends. They may not realize they are reading something more than an entertaining story. Yet you have to be an adult to appreciate all the nuances Hoyt layers into each story. Each story is a morality play concealed within entertainment innocent enough to read to a child.

These stories were originally published on Hoyt’s blog, over the course of several years. If you are a regular reader of it, you will not find anything new here, although it is collected into one body. For those who missed reading them there, “Odd Magics” is a delightful read, worth the time to explore.