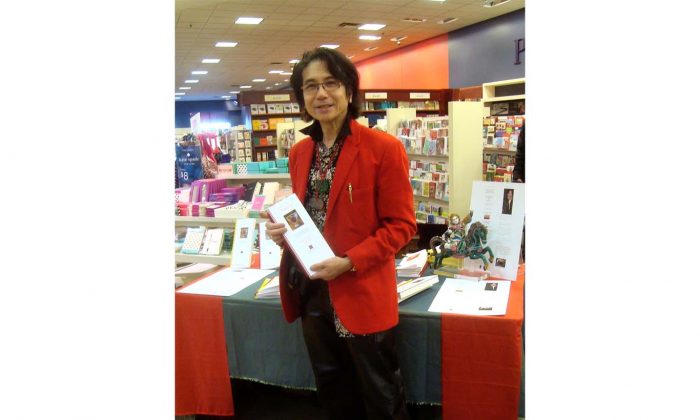 Book of Poetry an Eloquent Ode to Ancient China

Fulfilling his wish to give Western readers a taste of Chinese culture, Ottawa resident Reuben Tom Kee has translated 11 ancient Chinese poems into English and published them in a book.

Kee included two of his own poems in the book, called “Ode to China: Sagacity!” and occasionally annotated some of the translated works.

Nine of the poems were written by poets from the Tang dynasty (618-904) and one is by Confucius. The Tang dynasty is thought to be the golden era of the arts in China. Poetry and other arts flourished during the almost 300-year Tang era.

Translating poems written originally in Chinese is not an easy task. The Chinese characters are rich with meaning and many of them can be interpreted in several ways. Thus, the translator has to choose what he feels is the most appropriate wording to keep the feeling, tone, and intent of the author.

Kee says in the book that he tried to “maintain the eloquence and sagacity of the verse while adapting the translation with a rhyme and metre for the western palate.” This would convey the intent and deeper meaning behind the authors’ words rather than translate their works word for word. A literal translation might not be comprehensible to those who don’t speak Chinese and could be difficult to appreciate.

Although Kee was born in Trinidad he has maintained his Chinese heritage and even studied ancient Chinese poetry with a mentor, sinophile Mark Harley Yik, to whom the book is dedicated. The pair met weekly for 18 months to study classical Chinese poetry.

It was Kee’s love of the ancient poems that led him to translate some of his favourites so western audiences could know and appreciate them as much as he does. He also admits to wanting to gain “immortality” through becoming an author.

It was during the Tang dynasty that standardized exams were introduced for civil servant applicants who had to pass them to gain employment. One part of the testing included the ability to write poetry on demand, which shows how important the skill was considered to be.

Talented poets and other artists were held in high regard and many of the poems written during that time have survived to this day. Two of the most revered poets from the Tang era are Du Fu and Li Bai.

Poems were often written for a special occasion, to describe a feeling or situation, or to indirectly express an opinion about the local government of the time.

The poems Kee chose to translate are varied, with many being just four lines long. One epic poem has 13 sections, and one of Kee’s original poems is just as long.

Interspersed with the poems are pictures of Chinese artifacts that Kee feels represent the content of the poem or are items that would have been used during the ancient times, such as a warrior’s knife in an intricately carved holder that also accommodates his chopsticks.

“Ode to China: Sagacity!” has a unique shape—11 inches by 4 inches, with each page folded vertically to make two pages, which are not severed so each page is double thickness. A spiral binding holds it together.

As Kee explains, Chinese texts are read from back to front and so both covers of the book look like a front cover to preserve the ancient “look.” Block printing was invented in China during the Tang Dynasty and this style of book binding was invented during the Ming Dynasty (1368-1644).

Kee recently released a children’s book “Ramon Jacob and the Ladybug” that has several themes including a spiritual aspect and facets of Chinese culture.