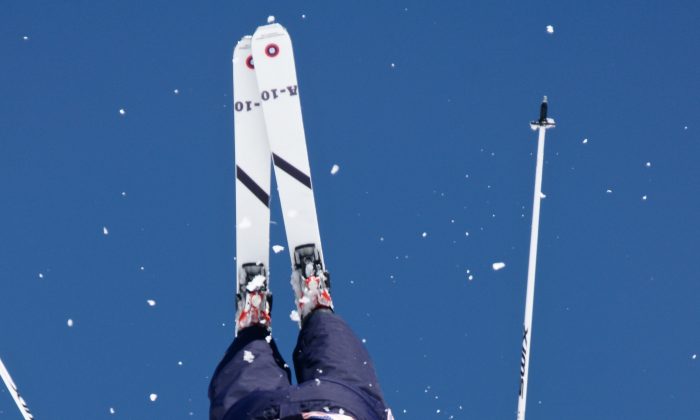 Bomber Skis Edges Out the Competition

Robert Siegel trained with the most competitive skiers that were being groomed for the Olympics. They trained at one of the best ski racing academies in the world—Green Mountain Valley School.

But having started racing only in his junior year of high school, he never made the U.S. ski team. Nevertheless, his passion for skiing remains unabated.

“Now I am achieving my dreams by giving back to the sport I love so much,” Siegel said.

In May, Siegel, along with the partner of his realty firm, bought majority shares in Bomber, the ski brand now worn by athletes such as K.C. Oakley and Jeremy Cota. Bomber is the official supplier to the U.S. and Canadian teams.

It’s almost with the pride of a new father that Siegel explains the many reasons why Bombers are among the most covetable skis in the world.

What Makes Bombers So Fast

For those uninitiated in ski parlance, a bomber is a downhill ski racer. “Bombing” means to zip straight downhill at recklessly high speeds. Bomber brand skis are synonymous with speed. So what makes them so fast?

For one they are hand-crafted in Italy using Swiss wood, with a bottom surface that makes all the difference.

“For those who care about speed, the bottom surface is faster than almost anything else out there. It’s the best product that man is capable of building,” says Siegel.

By this he means the number of laminated layers that make up each ski, but Siegel isn’t giving away “the secret sauce,” as he calls it.

Bomber uses quality steel. Just as a $10 kitchen knife will blunt after a few uses, a $500 one will keep its sharpness. The skis’ steel edges remain so sharp, you could literally cut your finger on them.

This sharpness helps the skier turn and stop. This, Siegel says, is one of the main reasons Bomber skis work incredibly well for intermediate skiers, because the skis allow them to ski at a much higher level and easily carve a turn—even when conditions are not perfect.

Apart from their perfected functional design, Bomber skis are the epitome of understated luxury.

The New York flagship store looks more like an art gallery than the usual ski gear outlet. There are no skiing paraphernalia like jackets and boots to distract from the simple lines of the skis. Each pair has its own display, its own name, and it is lit like a work of art.

Some are not for sale, such as the pair with the Wall Street bull graphic.

Siegel had secured licensing deals with the art foundations of Jean-Michel Basquiat and Keith Haring. Some of the skis feature the two artists’ work, but the most visually appealing remain the skis that bear nothing but the intriguing Bomber logo.

There are high hopes riding on U.S. ski team athlete K.C. Oakley, and her own hopes are also riding on the skis that she will be wearing, of which she said: “I feel confident that my Bomber skis will carry me to the 2014 Olympics in Sochi, Russia. In over 12 years of competitive skiing, I have never seen a ski company devote so much energy into every single pair of skis produced.”

All in all, a lot of pressure is resting on some wood laminate, plastic, and steel.